Solomon Christopher Thomas a.k.a. Solomon Thomas is an American football player who is signed to the San Francisco 49ers of the National Football League (NFL). Upon his collegiate career at Standford University, he was picked by the 49ers with the third overall pick in the 2017 NFL Draft.

Chicago, Illinois native, Soloman Thomas was born on 26th August 1995, under the star sign Virgo. The twenty-four years old holds an American nationality and belongs to the African ethnic background. 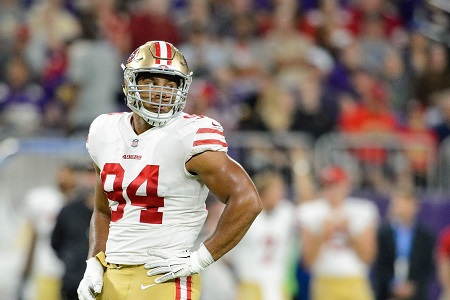 Glancing his NFL contracts and salary, Thomas' net worth as of 2020 is estimated at over $20 million. For sure, he has a lavish lifestyle. In 2020 father's day, he gifted his dad Tesla. He shared the video on his Twitter with the entire breakdown from buying the car, driving it to his father's house, and the reaction on his face. Reportedly, his father was driving the same car since Thomas was in grade four.

Solomon Thomas is currently in a relationship with a lady named, Elle. The couple began dating since 2019. Their relationship came to public attention when Elle attended one of his games in 2019. Since his bae is often spotted in most of Solomon's game. 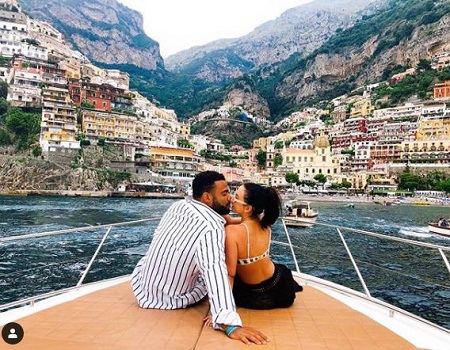 After that, the duo started flaunting their adorable pictures on their respective Instagram account. The couple seems pretty serious about their relationship and might take their love affair to the next level soon. Finger crossed!!

Solomon Thomas: My sister 'was the light of my life'

Scrolling through Thomas Instagram he has shared a lot of pictures with his sister, who died by suicide on Jan. 23, 2018. Devastated by the suicide of his sister, the 49ers defensive end Solomon Thomas opens up about his loss and shares his newfound dedication to fighting America's mental health crisis.

Since Ella’s death, Solomon and his parents, Martha and Chris, have become advocates for the American Foundation for Suicide Prevention trying to spare other families from the pain they have suffered.

Coming out of Stanford, Thomas was selected by the San Francisco 49ers in the first round with the third overall pick in the 2017 NFL Draft, becoming the third consecutive defensive end drafted in the first round by the 49ers, alongside Arik Armstead, and DeForest Buckner. As a rookie, he played in 14 games with 12 starts, recording 41 tackles and three sacks. On 1st May 2020, the team declined the fifth-year option on Thomas' contract, making him a free agent in 2021.