Six WTA Singles Title Winner Sloane Stephens is a well-known American professional tennis player. She is currently ranked at number 39 by the World Tennis Ranking. She had reached the top 5 back in 2018 after winning the 2017 US Open Champion. Sloane has been playing professional tennis since 2007 and has already played more than six hundred games.

Sloane Stephens was born on March 20, 1993, at Plantation, Florida. She is among the two children born to Sybil Smith and her husband, John Stephens. Her father was an American football player, and her mother was an extraordinary swimmer at Boston University. She has a younger half-brother named Shawn Farrell. She had an athletic family background, which helped her to gain support and aspirations towards her game. Her parents separated soon after her birth and was raised along with her step-father Sheldon Farrell.

Sloane Stephens has an estimated net worth of more than $10 Million. She credits most of her net worth through her successful career with Tennis. Stephens has earned more than $15 million from her tennis career as her prize money. She has won a total of six Titles, which includes the US Open, WTA Titles. The tennis player ranks at number 26 on the list of all-time earnings for WTA tennis players. 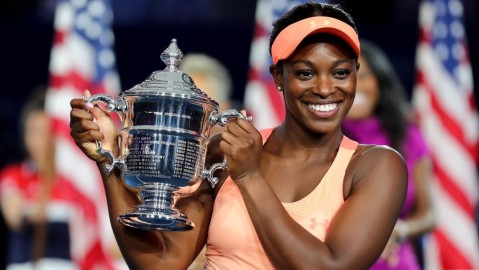 Sloane with her US Open Title SOURCE: Getty Images

The Twenty-Seven-year-old Player earned her first big prize money worth $10,000 in 2008, winning a low-level ITF event. She wasn't much into the limelight up until 2012. After 2012, She started getting her ranks ups. In 2013, She reached her first WTA semifinal but lost the semifinal. Her maiden Grand Slam win also earned her a career-best prize-pool of $3.7 million.

In 2019, Sloane was the fifth-highest paid female athlete globally, earning $9.6 million, of which $5.5 million came in endorsements. The American tennis player has signed several endorsements deals with top companies like Head, Under Armour and Precision Nutrition. Also, She is partnered with brands like Rolex, Nike, Doterra, Mercedes-Benz, Head, FreshnLean, Verizon, Contec, and Quantum Energy Squares.

Who is Sloane Stephens' Husband? Know About Her Relationship Status

Sloane is engaged to her longtime boyfriend, Jozy Altidore. The love birds have been together since their childhood. However, They officially started dating in 2018. In April 2019, The pair got engaged. Both of them shared this news through their Social media posts. Jozy is a member of the United States National Soccer team. 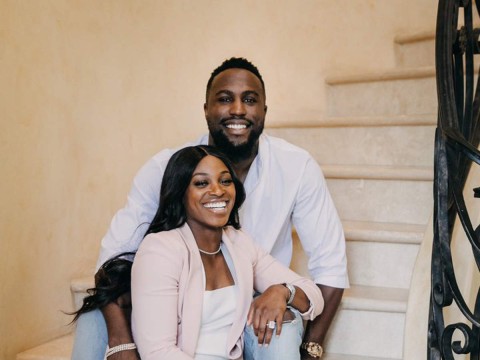 Sloane was involved in a romantic relationship with Jack Sock. The love birds dated each other for more than a year before parting away. Jack is also an American professional tennis player who has won the 2018 Wimbledon, 2018 US Open, and 2018 ATP Finals. Stephens is going through some hard times having lost three members of the family ahead of the Australian Open.

The Next Serena Williams: Sloane Stephens

Sloane Stephens started playing tennis at her very early age. She won several amateur tournaments. Along with Timea Babos, Stephens became the second pair of girls to win three Grand Slam tournament doubles titles in one season. She made her professional debut on the ITF Women's Circuit in 2007. She played in the US Open as a Wild Card but lost shortly.

In 2012, Stephens entered the top 50 World Ranking. The following year, She had a good season, which helped her climb the rank up. In 2014, Sloane had some ups and downs in her career and a small injury. She made a good comeback in 2015 and won her first primary WTA Title. In the 2016 season, The player won three more WTA titles. People started to compare her to the next Serena Williams.

In the 2017 season, Sloane won her first US Open title. Then in the 2018 Australian Open, She won her match up against Serena Williams but eventually lost in the semifinal. She has a hard time in the Asian hard court season where Naomi Osaka ruled the game. She has been trying to find her rhythm to the game.