Sky Brown is a skateboarder by profession and currently represents Britain in the world of skateboarding. Brown is the youngest skateboarder and youngest athlete to participate in the Olympic Games for Britain. she also won the bronze medal in the Olympics in Tokyo at just 13 years of age.

Skateboarding is not only what she is extremely at. She is also good at surfing and also a professional dancer. She has already won the Junior edition of Dancing with the Stars at the age of 10. She is also a writer and has already written a book named "Sky's The Limit".

So let's explore who is this extremely multi-talented young Olympian?

Sky Brown, natively named Sukai, was born on July 7, 2008, in Takanabe, Miyazaki, Japan. Sky's father's name is Stuart Brown who is a skateboarder by profession. And her mother's name is Mieko Brown. Stuart is British by nationality whereas Mieko is Japanese. So, Sky is of British- Japanese nationality.

She has also a younger brother named Ocean Brown who is also a skateboarder by profession. 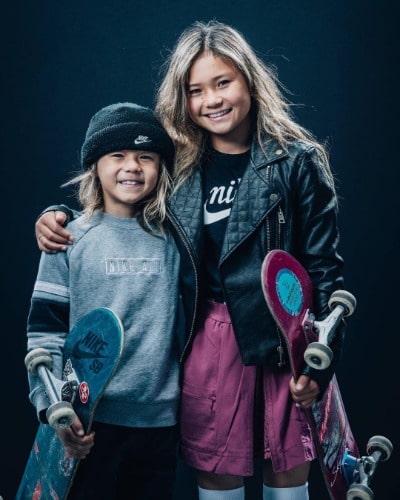 Sky Brown was raised in a well-Christian family who didn't have to struggle much financially. She started skateboarding at an early age and learned without any professional training. However, she had an interest in skateboarding even before she could walk. According to her father, Sky used to skate with her tummy as a baby.

At the age of 4 years old, she went viral for the first time after her father posted her skateboarding on Facebook.

Soon, the world didn't have to wait long to explore her talent. At just 8 years of age in 2016, she participated in Vans US Open becoming the youngest athlete to participate in the competition. And, in 2018, she was ranked in the top ten Vans Park series.

Later, in 2019, she started representing Britain in world competitions. Before she used to represent Japan.

In 2021, she won a gold medal at the X Games in California and soon after that, she is representing Britain in the Olympics.

As of 2021, Sky Brown is just 13 years old and too young to be in a romantic relationship with another. She has never posted about her relationship nor posted anything regarding her love life.

The 13-year-old Olympic medalist must be focusing on her career rather than romances.

As of now, she is not currently married and must be single.

Sky Brown Earnings and Net worth

The market value of Sky Brown is more than an average teenager. According to sources, her net worth is estimated to be $5 million. Her main sources of income are from participation in skateboarding competitions and other tournaments and the prizes and bonuses from it.

However, according to Britain's policy, she won't be getting any cash money from the bronze medal she had won in Tokyo Olympics. But they provide her with other facilities. 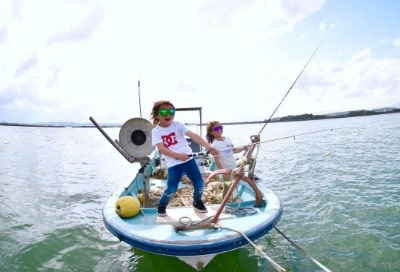 She is also the youngest athlete to be sponsored by Nike. Nike sponsored her with a hefty amount of sum of $3.6 million pounds. Till now she has appeared with Serena Williams and Simone Biles for the Nike campaign.

Her other sources of revenue include youtube which contains more than 300k subscribers.

She also has an  Instagram which contains more than 1 million followers. She frequently posts her photos of clips of skateboarding with her younger brother Ocean.

Besides, skateboarding and all other talents, she loves listening to singers Nicki Minaj and Sia.