Simone Alexandra Johnson is the youngest person in history to sign with World Wrestling Entertainment (WWE). Simone is better known as the daughter of an American actor, producer, businessman, and retired professional wrestler, Dwayne Johnson; the Rock. Johnson has appeared in numerous short films and Cover magazines.

Simone Alexandra Johnson was born on August 14, 2001, in Davie, Florida. She is the only biological daughter of Dwayne Johnson and his former wife, Dany Garcia. Her father is a well-known star, and her mother is a businesswoman, IFBB professional bodybuilder, and producer. After graduating from NSU University School, Simone enrolled at New York University. Talking about her physical appearance, Johnson stands five feet and ten inches tall and weighs 55 kg.

Simone's parents dated in a private wedding ceremony before walking down their wedding aisle on May 2, 1997. In August 2001, The love birds welcomed their only child, Simone. Both of them seemed very supportive of each other, but the relationship started to move apart. In June 2007, They eventually moved on, and their divorce got finalized in May 2008. 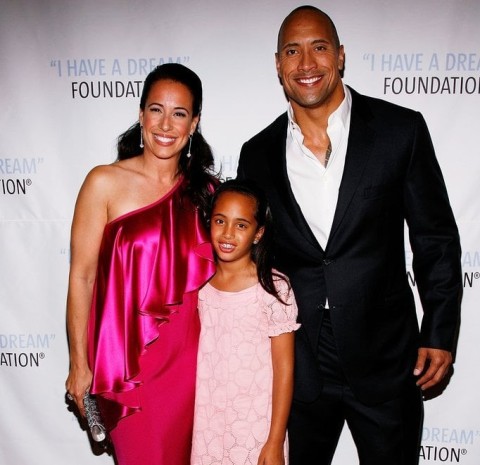 Simone attends an event with her parents before their divorce SOURCE: Getty Images

Although the duo divorced, they had mutual consent to raise their daughter together and have a good relationship. Simone remained with her father and is proud of her father. According to sources, Dwayne has to pay $22,454 per month in child support, while both agreed to pay $5,000 for their daughter's education and other expenses.

After the divorce, Dwayne dated a few girls before marrying Lauren Hashian. Alexandra is the proud step-sister to two children from her father's relationship with Lauren. On the other hand, her biological mother, Dany, married Dave Rienzi in 2014.

Know About Relationship Status of Simone Alexandra Johnson and Her Boyfriend

Simone is very much early in her career and life. She is believed to be single in 2021. There is no rumor of her dating someone to date. Johnson is an active social media user, and her timeline is filled with photos of her friends, family, and training.

Simone Alexandra Johnson has an estimated net worth of more than $50,000. Simone made her professional career debut in May 2022. She had signed with 'IMG Models,' an international leader in talent acquisition and model management. She was announced as the first ambassador of the 'Golden Globe Awards.' Alexandra is living a lavish lifestyle through her father's successful career. 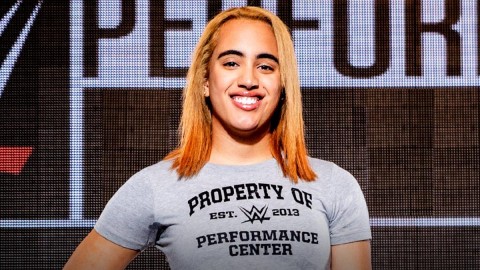 Dwayne Johnson has an estimated net worth of more than $400 Million. He was the highest-paid actor in 2019, with over $90 million in earnings. In 2020, He ranked at No.10 in the celebrity 100 earnings with total earnings of $87.5 Million. Ten of his movies have brought in more than $435 million, with "Furious 7" topping the list at $1.5 billion worldwide.

Simone lives in the recently bought $27.8 Million Mansion in Los Angeles, California. Dwayne bought the lavish property in April 2021. The house encompasses a tennis court, a sun-drenched pool and spa, an indoor pool, a large gym, a baseball diamond, a music room, and many more features. A separate 2,500-square-foot guest house is also included. The filmstar owns numerous other villas around the states.