Shea Salinas is an American soccer player who is currently signed to the Major League Soccer team San Jose Earthquakes and plays as a winger. He played college soccer at Furman University from 2004 to 2007 and started his MLS career with Earthquakes in 2008. He then played for several other MLS teams like Philadelphia Union and Vancouver Whitecaps FC before rejoining Earthquakes in 2012.

Here we have all the details about th MLS player including his age, net worth, career, relationship, and more.

Shea Salinas Net worth and Salary at Earthquakes

Shea started playing professionally since 2005 and is signed to MLS clubs since 2008. Having played soccer for around one and a half decades, he has made a good fortune and has also added properties in his name. Salinas' net worth as of 2020 is expected to be in millions.

The 34-year-old MLS winger has already married. Shea is tied in a marital know with his girlfriend Julia Salinas. The couple first met at Furman University in South Carolina where they both studied and got into a relationship. 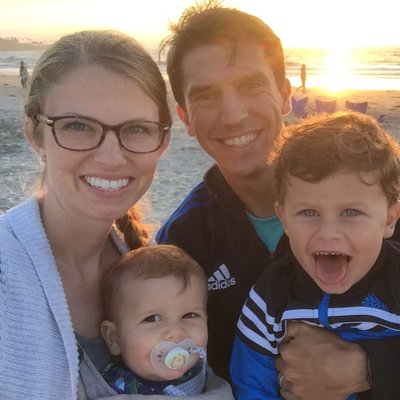 Shea Salinas with his wife and two sons SOURCE: NetWorthsPedia

Shea and his wife Julia have two children from their marriage, both sons named, Gabriel and Jude. He is a committed member of the Garden City Church. Shea and his wife also lead a group and attend worship services on Sunday afternoons.

Salinas was born on June 24, 1986, in Lubbock, Texas, United States. She attended Furman University where she played soccer and later graduated with a Bachelor of Science degree in Health & Exercise Science in 2007.

Shea began his professional career with DFW Tornados while he was still in college and played for a year. He then played for Carolina Dynamo in 2007. In 2008, he was drafted 15th overall by San Jose Earthquakes in the MLS where he played for a year.

The winger moved to Philadelphia Union in 2010 but was loaned. He then signed with Vancouver Whitecaps FC in 2011. The next year, he rejoined Earthquakes and has been with the club since 2012.