NASCAR correspondent and college football and basketball reporter for Fox Sports, Shannon Spake is one of the sensational figures in sports journalism. Spake previously worked for Speed Channel (2005-2006) and ESPN (2007-2016).

Sunrise, Florida native, Shannon Spake was born on 23rd July 1976 under the star sign Leo. She is an American by nationality who belongs to the white ethnic background. She stands 1.68 m tall.

Shannon Spake's net worth in 2020 is approximately $1 million. Not to mention, her income source is hugely considered the sports journalism field.

As NASCAR correspondent, her average salary is assumed no less than $100,000 per annum. Furthermore, she adds extra fortune to her bank account serving as a college football and basketball reporter for Fox Sports.

Shannon Spake is a married woman. She tied the knot with her boyfriend, Jerry McSorley on 14th April 2008 at  Adare Manor, a gothic 19th Century castle south of Limerick, Ireland. Their wedding was attended by 75 friends and family. 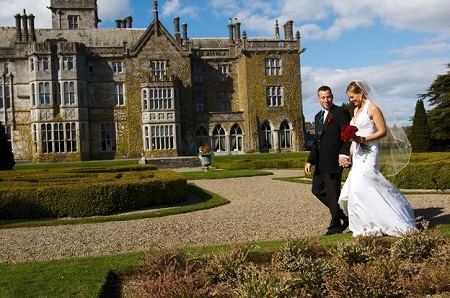 As reported, Jerry McSorley proposed her on a Venetian gondola, and the duo honored Irish heritage with their destination castle wedding ceremony, complete with a bagpipe procession from the local church to the manor for the reception. 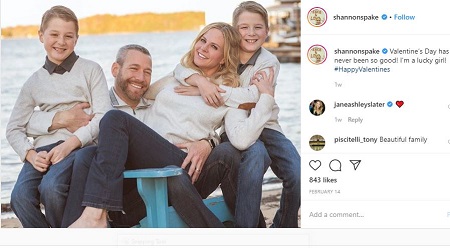 On 1st January 2020, the couple welcomed their twins: Brady and Liam. Their family pictures can be seen on Spake's socials.

Besides, Spake had her corrective Scoliosis surgery at age 12. Nevertheless, she is active in the endurance sports community having competed 5X IRONMAN Triathlon and 3x 26.2 finisher.

Shannon Spake was raised by her father, Don Speacht, an air pilot for Air Florida, who shared a mutual bond through their love of sports.

She remembers, “My dad use to take me to high football games in the area. Michael Irving used to play in that area as well as the Blades brothers played at my high school. I was an athlete myself. I was a competitive swimmer. So I was always very into sports.”

A graduate of Piper High School, Spake enrolled at Florida Atlantic University, where she earned a bachelor’s degree in communications.

Spake has started her professional career in 1999 and she has been active in her field today. She joined a radio show as an intern in 1999. In the year 2000, she moved to Speed Channel and started working as a co-host of OSCAR Nation. She is also popular for hosting the show Back Seat Drivers.

Prior to landing at ESPN, she also served at WCCB and Carolina Sports and Entertainment Television. In the year 2008, she joined ESPN as a full-time pit reporter for Nationwide and Sprint Cup races.