Shamar Bailey who is known by the ring name "The Watchman" is a retired American MMA player. He is known for his appearance in the Lightweight division. Additionally, he has been in the fighting world since 2006 and has competed for the UFC, Strikeforce, Bellator, and M-1 Global.

In his total 27 bouts, he has managed to register 16 wins and 11 loss. In fact, he has collected around $28,000 as prize money from his entire professional MMA career. To know more about Shamar's Bio, Net Worth, Salary and Professional career, go through our article till the end.

Is Shamar Bailey Married? Know about his Personal Life

Well, there isn't any information about Shamar's marital life. Compared to his professional life, the information about his personal matter is still behind the bars. However, he might be in a romantic relationship with his probable wife and might be enjoying his time with the children.

Moreover, he is still to be found in social media and this might be the reason for less information about his personal life. Well, we are always looking for detailed information, make sure you visit us frequently as we will certainly come up with more information in the coming days. 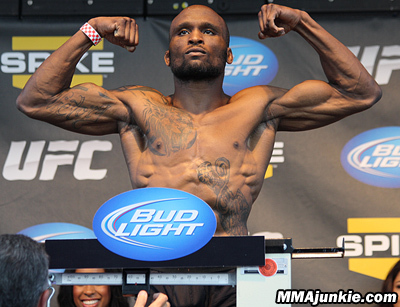 Apart from his professional career pictures, he has never revealed any pictures engaging himself in entertainment which proves that he has a low profiled life. Talking about his body measurement, he stands in a height of 5 ft 8 in (1.73 m) and weighs around 170 lb (77 kg; 12 st).

Shamar Bailey Earnings; How much is his Net Worth?

Shamar, age 38, has been in the MMA since 2006 and since then he is believed to have collected a decent net worth, fighting professionally. As per Topology, he has collected $28,000 as prize money from his entire professional MMA career.

Specifically, with different endorsement deals and sponsorships, Shamar has certainly added some amount to his net worth. However, we have no details about the brands he is associated with. Further, the information about his assets like house and cars are not in the media yet.

Shamar was born on September 22, 1982, in Chicago, Illinois, United States. Shamar Bailey, the son of a dedicated pastor dad, was brought up in a rigorous Christian family that shifted him six times before his 20th birthday across the State lines. With reference to his birthplace, he is an American native and belongs to the African ethnicity. Additionally, he was born under the star sign Virgo.

Talking about his education, he attended Greenwood, Indiana, public school. Bailey excelled on the varsity wrestling squad during his senior season at Center Grove High School, going unbeaten throughout the year. Later, Bailey attended college after high school and majored in church ministry.

In 2011, he signed with the UFC to compete in The Ultimate Fighter: Team Lesnar vs. Team dos Santos. Later, Shamar announced his retirement for MMA October 7, 2014.