Sha'Carri Richardson is an American professional track and field sprinter who is all set to compete in the 100 and 200-meter dash in the 2021 Summer Olympics. As of April 2021, she possesses a position in the top 10 fastest women for the 100 meter with a personal best of 10.72 seconds.

Hailing from the suburbs of Dallas, Texas, Sha'Carri Richardson was born in 2000. The 21-year-old athlete celebrates her birthday on the 25th of March every year. Her zodiac sign is Aries.

She is the daughter of Shayaria Richardson. However, there isn't much information available about her father and siblings. She has a great bond with all of her family members. Recently, in 2021, she lost her biological mother, just a week before her 2021 Summer Olympics qualifying race.

The 5 feet 1-inch tall Sha'Carri Richardson started her career as a track and field sprinter at a young age. In 2016, she competed in the largest national multi-sport event for youth in the USA, the AAU Junior Olympics, and comfortably won the 100-meter title. 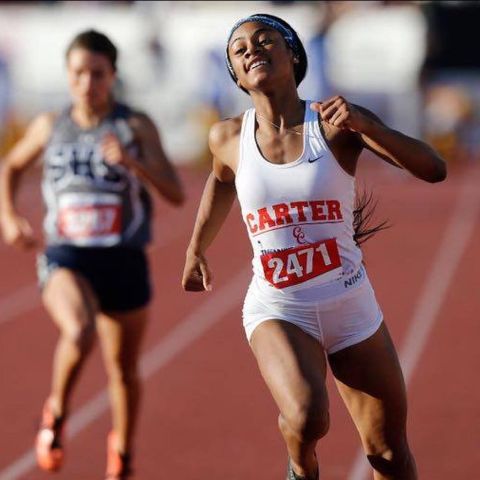 In the next year, she took part in the USA Track & Field Junior Championships and was victorious in it too. In the same year, she made her international debut, competing at the 2017 Pan American U20 Athletics Championships. In that tournament, she won a gold medal 4 × 100-meter relay, alongside her friends Tara Davis, Rebekah Smith, and Gabriele Cunningham.

Around the same time, she also joined Louisiana State University (LSU) and started to compete for the LSU Lady Tigers track and field team. During her time as a college athlete, she was able to become a finalist in both the 60-meter dash and the 200-meter dash in the 2019 NCAA Division I Indoor Track and Field Championships.

Likewise, she managed to win the 100-meter title and become a runner-up in the 200-meter dash in the 2019 NCAA Division I Outdoor Track and Field Championships. Her performance time was later named into the world U-20 records for the sprints.

After a year as a college athlete, she decided to turn professional and forgo her collegiate eligibility. Later on, she succeeded in qualifying for the 2020 Summer Olympics with a 100-meter time of just 10.86 seconds, only 0.13 seconds faster than the second-place winner, Javianne Oliver.

Sadly, she never competed in the 2020 Summer Olympics as the tournament was rescheduled due to the COVID-19 pandemic. Nevertheless, her spirit wasn't down as she once again qualified for the 2021 Summer Olympics. Now, she is eyeing that gold medal.

Sha'Carri Richardson has had a flourishing career ever since she became a track and field sprinter. Her good track record and wins at major tournaments have not only given her fame but also a healthy sum. Although the figures of her earnings are not disclosed, it is reported that the average salary of a sprinter in the USA is around $45k to $50K per year.

In addition, the American sprinter also earns a good sum from her sponsorship deals. She is currently associated with Nike and is usually seen promoting the brand. 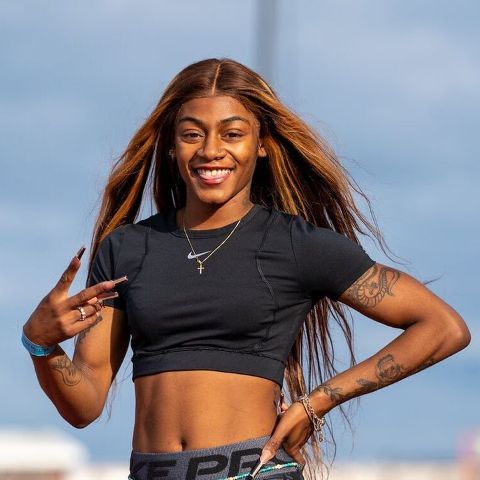 Taking all of that into consideration, it must be sure that the rising athlete also has a healthy net worth. However, the figures are yet to be disclosed.

Is Sha'Carri Dating Anyone?

Sha'Carri is currently in a blissful relationship, but not with a man. She is a proud bisexual who is in a relationship with a girl. However, as she likes to keep the details of her romantic relationship up to herself, she is yet to introduce her partner in public. 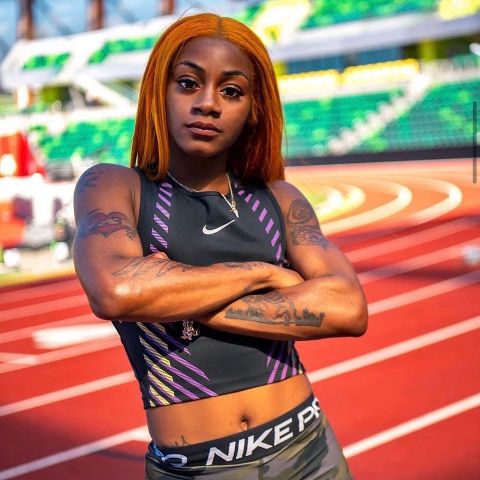 On June 20, 2021, she also publicly announced her sexual preference through Twitter when she posted a rainbow emoji, which reflects the pride flag. Furthermore, she also once in a while mentions her girlfriend on her TikTok videos, while also keep her beau's identity a secret.