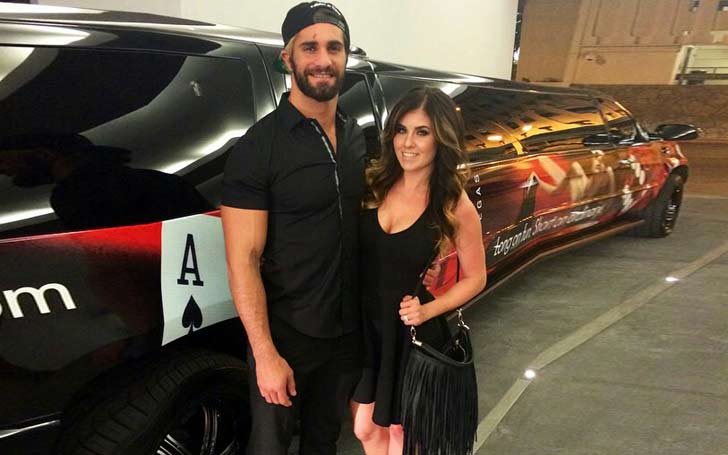 Celebrity relationship is among the top concerns of fans nowadays and today we are talking about WWE celebrity wrestler Seth Rollins, currently performing in the RAW brand of WWE. The 31-year-old American wrestler born as Colby Daniel Lopez is famed for his finishing move the Curb Stomp and the adapted move Pedigree from Triple-H. Besides this, he is also known for his brotherhood with Dean Ambrose and Roman Reigns forming the 3 man-team called The Shield.

Seth, the 2-times WWE World Heavyweight Champion, and one time WWE United States Champion, despite having a successful career is not successful in a love relationship. But, his bitter wound of past relationship has now been buried by an intimate relationship with his new girlfriend. Curious to know who is Seth's new date? Scroll down.

Every relationship doesn't have a happy ending. Some die before they flourish. The same thing applies to Seth Rollins' first official affair.

Seth was in a relationship with hair stylist Leighla Schultz. Even though the detail of the dating history and relationship's beginning date is not out, reportedly Leighla and Seth got engaged in May 2014.

But after Schreiber's nudes were posted on Seth's social media account on February 9, 2015, it led the couple to call off their engagement and they eventually broke-up. The reason for the split was reported to be cheating allegations by Seth.

It didn't stop there as Leighla Schultz, later posted nudes of Seth on her social media targeting his prestige. The deed was confronted by her on Twitter, have a look at the Tweet saved by one of the fans.

Is anyone confused that @leighlaschultz posted a tweet after 2 years?? Yeah she's hacked pic.twitter.com/t0JDsOpn4H

Due to the controversial issue, Seth even made his apology to all WWE fans via his Twitter. Take a look.

I would like to apologize to all the WWE fans and my family and friends for private photographs that were distributed without my consent.

The issue had just cooled down, and once again, Seth hit the limelight with the news of his break-up with  Zahra Schreiber on February 25, 2016. Probably, Seth had dated Schreiber while on a relationship with Leighla, however, without a disclosed reason their relationship collapsed.

Seth finally got his soul mate Sarah Alesandrelli after his two simultaneous heart brakes and is currently living a happy life with her. Know in details below.

Yeah, it's true that love besides having the shine of joy also has a bad aspect of heartbreak. However, the wound of the heart heals with time and by the flourishing of love in one's life. WWE Superstar Seth Rollins shares something similar story to the above saying.

Currently, Seth is in a lovely relationship with his new girlfriend Sarah Alesandrelli, surely she is not a WWE Diva like Seth's former girlfriends. As reported, Sarah used to work as a bartender, however, no information about her current profession has surfaced on the internet. 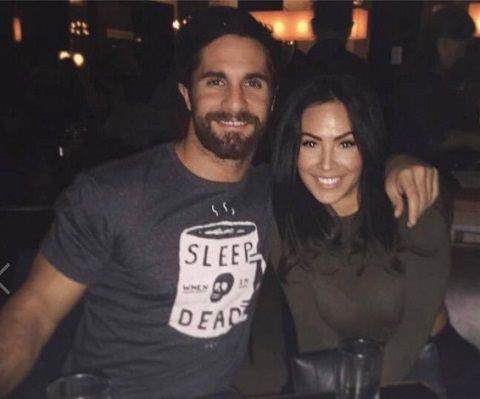 Talking about the couple's relationship's beginning, both have kept their lips locked but the couple's first date was reported to be a Parkway Drive show.

Further, surfing through their social media, it is reported that the couple's relationship was publicized in December 2016 after Seth posted the photo of the back of his girlfriend's head on his Instagram, while on his vacation in Mexico.

However, at that time, Seth kept his lover's identity a secret, later it turned out to be Sarah. But the main point is that the couple is living together since then. No mishaps of the break-up have raised on the internet till date.

Moreover, Seth and Sarah can be seen sharing lovely moments together. Have a look at the Seth Rollins and his girlfriend, Sarah Alesandrelli's red carpet moments.

Really Seth is lucky, you know why? It's because Sarah beside loving him madly also supports Seth, whom she claims to be her king. Have a look at Sarah's tweet supporting Seth.

So, is the couple going to take their relationship further? Let's know.

Seth and Sarah's Engagement and Plans for Marriage

Well, it seems like the fans will have to wait to see, Seth and Sarah walking down the aisle. Furthermore, the engagement news of the couple has not popped up till date. Seems like the couple is not hasty to get married anytime soon.

Before it all melts away... @intotheglacier

Looking at their coziness, it can be estimated that the day for Seth and Sarah to be husband and wife, is not so far. Let's wait for the day and wish them all the best.

Stay tuned for more updates on Seth and Sarah's relationship.