Scott Van Pelt is an American sportscaster and sports talk show host who previously co-anchored the 11 P.M. edition of Sports Center on ESPN. He has also worked as the co-host of SVP& Russillo alongside Ryen Russillo on ESPN Radio.

The single anchor of the SportsCenter, Scott Van Pelt, was born on August 4, 1966, in Brookeville, Maryland. He holds citizenship in the United States, and his ethnicity is white. His Zodiac sign is Leo.

How Much Is Scott Van Pelt's Net worth In 2021? Know His Salary

As of 2022, Scott Van Pelt reportedly has an estimated net worth of around $16 million. Scott Van Pelt is one of the highest-paid media personalities. His annual salary previously was more than $1.5 million, and he is currently reported to be making $4 million per year.

Besides, there is no information about his real estate properties, cars, and other income-generating ventures.

He is 6 feet and 6 inches tall. He is actively growing on social networking sites. He has 2 Millon followers on Twitter. Details info about his life and bio can be found in Wikis too.

Personal Life & Affair of Scott Van Pelt; Who is he Married to?

Scott Van Pelt is married to his longtime girlfriend, Stephanie Van Pelt. On October 22, 2011, the couple tied the knot after dating for several years. 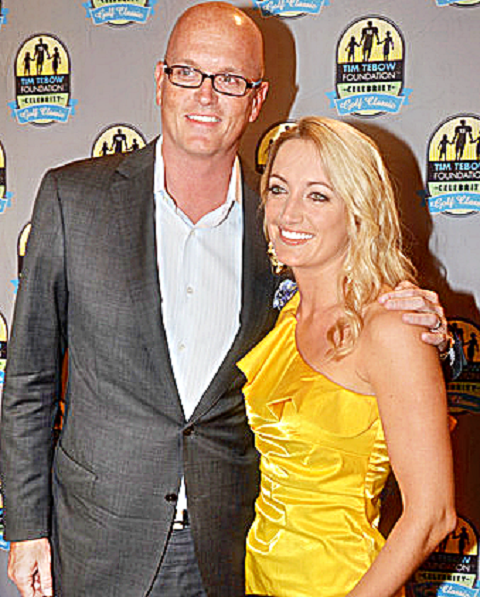 Scott Van Pelt with his wife Stephanie at an event SOURCE: Zimbio

Van Pelt and Stephanie are parents to three children. The couple had their first child named Lila Catherine in 2012. They welcomed their second child, a son named Sam Van Pelt, on February 17, 2016. The journalist currently lives with his wife and children in Farmington, Connecticut.

He is a loyal husband and a caring father too. Currently, he has not been part of any controversies or rumors.

Van Pelt was born to parents Cathie Mathis and Sam Van Pelt. He has three brothers named Mark, Mike and Matt. One of his brothers is in the marine corp.

Pelt attended Flower Valley Elementary School in Rockville, Maryland and later joined Sherwood HighSchool in Sandy Spring, Maryland. Van Pelt graduated from the University of Maryland in 1988 with a degree in radio/television and film.

While studying at the University of Maryland, Pelt was an active member of the Pi Kappa Alpha fraternity. He started his early career with WTTG-TV, a FOX affiliate in Washington, D.C. In 1990, upon working for WTTG-TV, he moved to the golf channel, where he served from 1994 to 2000.

Van Pelt landed on the ESPN channel in 2001. After joining ESPN, he served as a presenter hosting the popular show called Sports Center. Scott was one of the top golf correspondents and also covered significant tournaments of golf. Currently, he hosts the nighttime solo edition of SportsCenter. 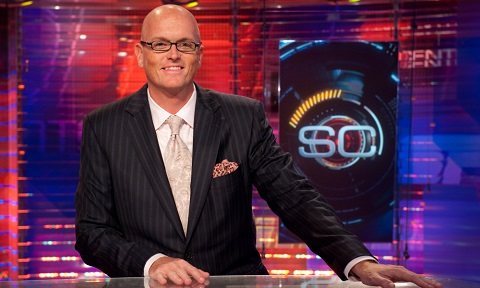 He is scheduled to host the 2nd Annual Change for Charley on March 9 in Chicago.