Scott Heineman is an American professional baseball player who is a free agent but previously played for multiple Major League Baseball (MLB) teams. He can play as an outfielder and first baseman. Besides, Heineman has played for the Texas Rangers and Cincinnati Reds in Major League Baseball (MLB). Not only that, but he has represented the Yomiuri Giants and the Seattle Mariners.

The Los Angeles native played college baseball for the Oregon Ducks from 2012 through 2015. Moreover, his professional career started when the Texas Rangers selected him in the 11th round, 318th overall, of the 2015 MLB draft. Apart from being known for his own professional work, Heineman also gained people's attention as the brother of Tyler Heineman, a professional baseball catcher for the Pittsburgh Pirates of Major League Baseball (MLB).

How Much Is Scott Heineman's Net Worth?

Heineman is a professional baseball player and makes most of his gains from his profession, but currently, he is not associated with any professional team. So, we are unable to mention his salary and earnings. However, Heineman has played for multiple clubs in the past with whom he had impressive deals.

The average wage of a baseball player is $43,584 annually and $3,632 monthly. So, he may have earned in the same range as a professional baseball player. When he first signed a deal with the Texas Rangers, Heineman received $100,000. 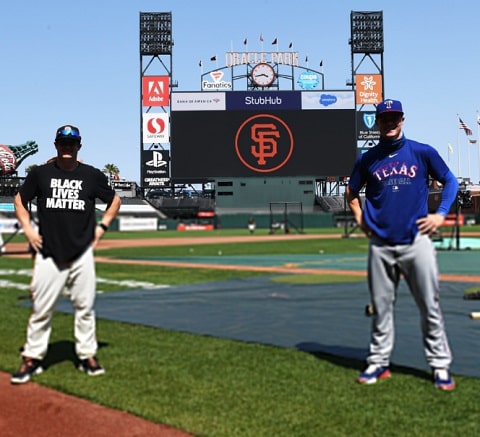 Scott Heineman in one of his games SOURCE: Twitter @Rangers

Later, he played for other teams, including the Yomiuri Giants of the Nippon Professional Baseball (NPB), with whom he had a whopping deal worth $3 million. Having such impressive earnings, Heineman has surely preserved a colossal fortune, and his net worth is not less than a million dollars. But the actual amount of Heineman's net worth remains under review as none of the media outlets have given the fact.

Meanwhile, Heineman flaunts his lifestyle via his Instagram handle.

Love Life: Does Heineman Have A Girlfriend?

On August 2022, Heineman shared a cozy photo with a lady named Marla with a lovely caption. So, the lady appears to be his lover. In the comment section, his well-wishers congratulated the pair and also wished them the best for their future. 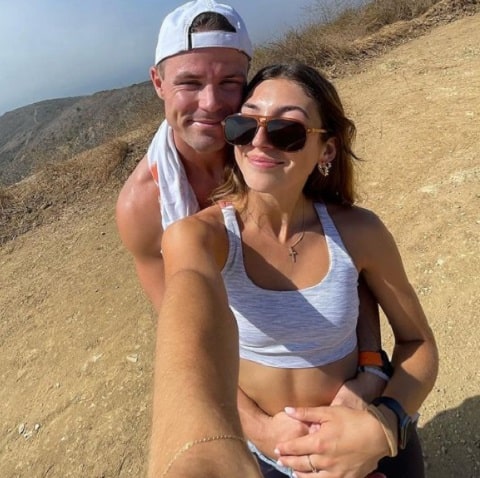 So, it can be said that Heineman is dating a girl. He is living a happy and private life with his girlfriend. Meanwhile, we can find his girlfriend active on Instagram under the username @marlaasteel. The pair have kept their dating life a bit secret, so it is pretty challenging to know about it.

However, Heineman may give more updates regarding his affair in the future as his fans and followers have been eager to know about it for a long time.

The professional baseball player went to Crespi Carmelite High School in Encino, California. Later, Heineman attended the University of Oregon, where he played college baseball for the Oregon Ducks from 2012 through 2015. And in 2013, Heineman also played collegiate summer baseball with the Brewster Whitecaps of the Cape Cod Baseball League. 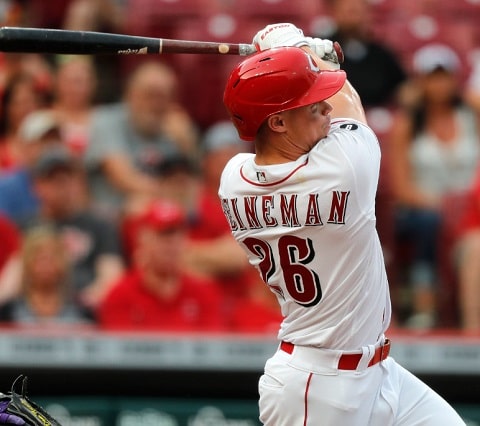 Furthermore, Heineman didn't appear in any games in the 2015 season as he underwent surgery on his right ankle. And his professional debut came in the 2016 season, and he spent the entire 2016 season with the High Desert Mavericks of the California League. His 2017 season was with the Frisco RoughRiders of the Texas League.

In 2018, Heineman played for the Round Rock Express of the Triple-A Pacific Coast League (PCL). Heineman also played in 7 games for the Roughriders. During the 2018 off-season, he played for the Leones del Escogido of the Dominican Winter League. Moreover, Heineman made his major league debut on August 2, 2019, playing against the Detroit Tigers. His first significant home run came on September 3. 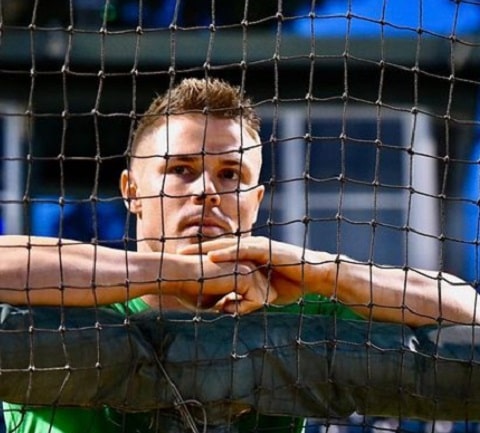 Likewise, Heineman was traded to the Cincinnati Reds on December 16, 2020, and after making some appearances for the team, he went to play for the Yomiuri Giants of the Nippon Professional Baseball, with whom he signed a deal on August 6, 2021. And Heineman signed an agreement with the Seattle Mariners on June 6, 2022, and was released on August 11, 2022.

Born on December 4, 1992, Scott Heineman's age is 29 years as of early 2022. Heineman grew up in Los Angeles, California, alongside his brother named, Tyler Heineman. The Heineman brothers were raised by their loving parents named, Kathy and Steve. 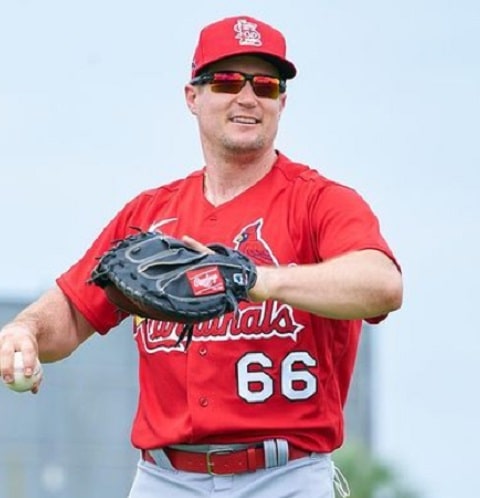 Not to mention, Steve worked in the Santa Monica Police Department. Furthermore, Heineman holds an American nationality and peaks at the height of 6 feet 1 inch. His full birth name is Scott Matthew Heineman. As we know, his brother, Tyler, is also a baseball player who has played in the MLB for multiple teams.

Moving onwards, Heineman is an active social media user who mainly uses Instagram. Heineman is registered on Instagram under the username @heinemanscott. At the time of this writing, Heineman has collected more than 7k followers.

Meanwhile, Heineman also uses Twitter, and his username is @scottheineman. Since October 2012, Heineman has been using Twitter.