Scott Frost is an American professional head coach of the University of Nebraska and is also a former player. He played for several NFL teams like Cleveland Browns, New York Jets. He started his coaching career with the University of Central Florida.

Scott Frost is currently in a seven-year contract with the University of Nebraska which is worth $35 million and he lives with his wife and kids. He is the highest paid coach in school history.

How Much Is Scott Frost's Net Worth and Salary?

Scott Frost is a former player and current coach for the University of Nebraska, so it is believed that he has earned a decent amount of money from his playing-coaching career. Scott's net worth is estimated above $20 million as of 2019.

In addition to this, Frost has recently signed a seven-year contract with the University of Nebraska which is worth $35 million and is signed in 2017. Furthermore, he is the highest-paid coach in the history of Nebraska University. So far, Scott's annual salary is reported to be around $5 million.

Besides, Scott will also be paid some more money from bonuses and incentives. He will receive a $100,000 bonus for each win or tie the game in Big Ten West and $200,000 for appearing in Big Ten Championship game. Furthermore, he will earn $650,000 for winning the College Football Playoff National Championship game.

There aren't any reports published regarding any endorsements and sponsorships of Scott Frost. He has a $1.8 million mansion located in Nebraska and covers an area of 6,000-square-foot, which have five-bedroom and features a generous outdoor area with a pool, kitchen, fireplace, and patio.

Who Is Scott Frost's Wife? Details on his Married Life And Children

Scott Frost is a married man. He tied the knot with his gorgeous wife Ashley Christina Neidhardt on March 11, 2016, in El Chorro, in Paradise Valley, Arizona. They exchange their vows in front of family and friends. 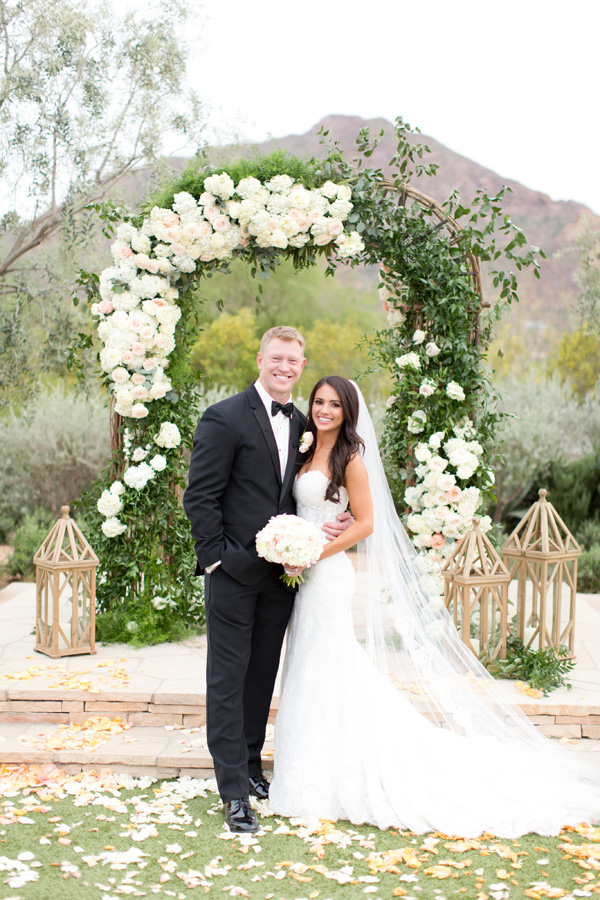 Scoot and his girlfriend Ashley were in a romantic relationship for a long time before getting married. The couple met in 2013 and after two years Frost proposed her for marriage in October 2015. Scoot and his spouse welcomed their son on November 9, 2017.

Scott's wife Asley is a graduate from Grand Canyon University and she completed her graduation in 2015 and she was born on  April 2, 1989. Further details regarding his spouse are not yet available. Currently, the couple is living a happy married life in their Nebraska mansion.

Scott Frost was born on January 4, 1975, to parents Larry Frost and Carol Frost in Lincoln, Nebraska. He holds an American nationality and belongs to the white ethnic group.

Scott completed his high school career from Wood River located in Nebraska. After high school completion, he attended Stanford and was transferred after two years to Nebraska.

Scott Frost is a renowned name is the football world. He is a former American football player who played in the NFL.

Scott Frost was drafted in the 1998 NFL draft by the New York Mets in the third round. Similarly, he also played for some other NFL teams during his career which is Cleveland Browns, Green Bay, Tampa Bay and ended his NFL playing career in 2003.

Scott's coaching career started with Northern Iowa where he served as a linebacker coach. Later on, he also worked under coach Chip Kelly. He served as an offensive coordinator for the University of Oregon. He was coached by Bill Belichick during his Jets career and Bill Walsh in his Stanford career.

Frost became the head coach of the University of Central Florida in 2015 December replacing George O'Leary. After working with the UCF, Scott started coaching the University Of Nebraska since 2017 December and is currently in a seven-year contract with them.