Isatou "Satou" Sabally, professionally known as Satou Sabally, is a professional basketball player from German who contest in the Women's National Basketball Association (WNBA) and Turkish Super League. Sabally serves as a small forward for the Dallas Wings and Fenerbahce. The German international is the 2020 WNBA round-one drafted player of the Dallas Wings. 2021 WNBA All-Star and 2020 WNBA Rookie Team are some of her achievements.

Dallas Wings Small forward was born on April 25, 1998, in New York City, USA, under the Taurus zodiac sign. Currently, she is 24 years old. For your information, Satou did her schooling in Germany at Rotteck Gymnasium. However, she came to America for higher studies and attended the University of Oregon. She also played her college career at Oregon.

How Much Does Satou Net Playing In The WNBA? 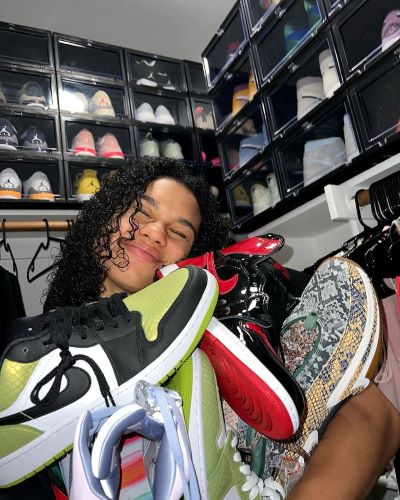 Besides basketball, the forward also makes impressive banknotes from her sponsor Jordan. The player is a sneakerhead. She loves collecting rare and expensive sneakers, which she flexes on her Instagram. As of 2022, her estimated net worth is around $750,000.

Satou is among the WNBA's tallest basketball players, measuring her height at 6 ft 4 inches tall. She is a very health-minded person who hits the gym regularly. She has an athletic body structure weighing 83 kg.

Further description, her skin type is light brown, and she has black hair.

Yes, she is single at the moment. Like Monique Billings, Satou also has no sign of her past and present relationships. Additionally, there are no buzzes or rumors about her relationship. Consequently, it made us believe that she is not dating anyone. Maybe she has not found the right man for her. Therefore, we might have to wait a bit more on this matter.

Details On Satou's Parents And Siblings

Satou is born to a mixed-racial family. The athlete is the eldest daughter of her Gambian father and German mother, Heike Krone. For your concern, her father's identity remains unknown for now. She moved to Gambia when she was two years old and later moved to Berlin. Further, Satou is the eldest sister to his beloved brothers and sister. 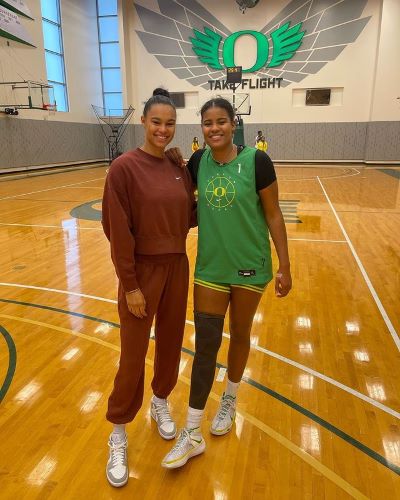 : Satou shares a photo with her sister, Nyara.  SOURCE: Instagram

Like her, her sister Nyara is also a professional basketball player. Regarding her brother, she prefers to keep their information hidden despite posting their pictures on her social media platform.

Explore more at Playerswiki to know more about your favorite athletes.