Monique Billings, the American international, is a proficient basketball player contesting in the Women's National Basketball Association (WNBA). Currently, she is playing Power forward for Atalanta Dream. Also, Monique is in the 2018 WNBA Draft. Atlanta Dream picked her in the 2nd round of the 2018 WNBA Draft.

Former Asan Woori Bank Wibbe star player Monique Billings was born in Riverside, California, USA, on May 2, 1996. At this time of writing, the power forward is just 26 years of age. Her star sign is Taurus. Not to mention, the American went to Santiago for high school and UCLA for her college. Further, she also plays his college career at UCLA from 2014 to 2018.

Is Monique Billings the Highest Paid Players At Atlanta Dream? Details On Her Salary

For your information, the 6 ft 3 inches tall player Monique is not the player with the highest salary. However, she is among the wealthiest and most highly-earned women's basketball players in the league. As of this season, she has signed a year contract with Atlanta Dream on an agreed salary of $140,000 per season. In 2018, it was $46,154 when she began her career with the Dream. Her estimated net worth now is valued at $1 Million. Monique appears to be a fashion enthusiast who loves sneakers and branded clothes which she flexes on her Instagram account @monique.billings. Additionally, she never misses a golden opportunity of her social media presence in welcoming riches into her bank balance by collaborating and advertising the brands and companies' products. Notbaly, she is currently signed as a brand ambassador by Lucyd Eyewear.

Is She Married? Love Affairs

Monique Billings, the 2018 WNBA Draft, remains silent whenever she is asked about her love life. She likes to keep it private. As of today, there is no news of Billing dating anyone. Moreover, it is also her most asked query by her fans which she has never proclaimed about. Digging various sites, including her social media domain, she has never commented anything about her dating life, so she is believed to be single.

As mentioned earlier, the 26-year-old made it into WNBA after the Atlanta Dream drafted her in 2018. With impressive handballing skills and three-point scoring ability, she also capped his college team in several victories. So far, Monique has played for just three teams, including Asan Woori Banko Wibbe, Nadezhda Orenburg and Atlanta Dream, within the nation and overseas. 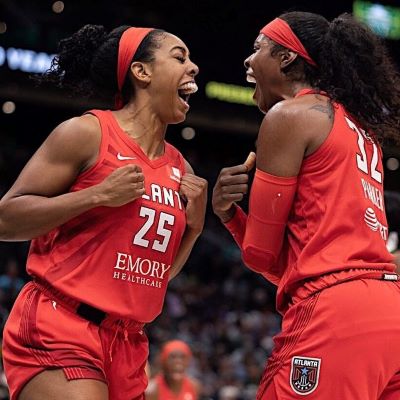 Monique celebrating her win for the Atlanta Dream  SOURCE: Instagram

Monique Charice Bellings, professionally known as Monique Bellings was born into a well-to-do family where everything was in its place. She is the daughter of American parents Chuck Billings and Jane Billings. She belongs to the black ethnic community.  Reportedly, Monique is not the only child of his parent's happy marriage. 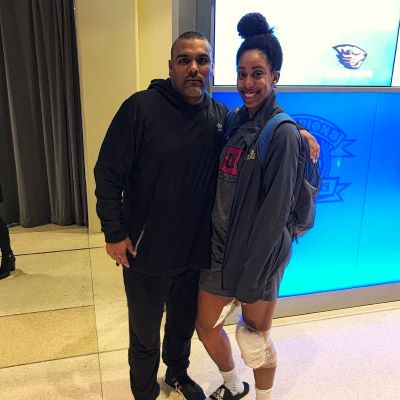 Quality time with her father after post-match SOURCE: Instagram

Indeed she has a sister named Andrea Billings by her side with whom she shares a strong bond. All of them follow Christianity.