Sarah Marshall is a former Basketball player who has played for Catherine McAuley School and Boston collage. Besides her career, she is famous due to her husband Matt Rayn, who is an NFL player for Atlanta Falcons.

The two-time Maine Gatorade Player of the Year was born on July 23, 1985, in Portland. She completed her high school from Catherine McAuley School and later on, enrolled at Boston College, where she graduated in Mass Communication.

Check out the Net worth of former WNBA player

Sarah is the former WNBA point guard who is married to an NFL player Matt Ryan, and together, they have a jaw-dropping net worth of $98 million as of 2020. Sarah did not stick with her professional career; however, being a WNBA player, she has earned thousands of dollars during that time.

Her husband Matt Ryan signed a 5-year contract with the Atlanta Falcons worth $150 million, including a $46.5 million as a signing bonus and $100 million as a guaranteed amount. 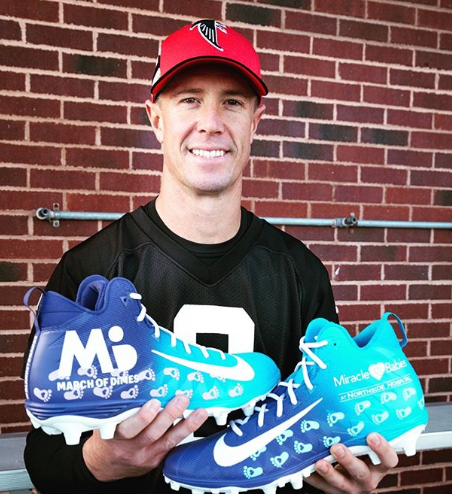 Sarah and Matt bought a 6.3-acre parcel of land at 3727 Tuxedo Road, where they have a luxurious house. They also own a penthouse condo at the Ritz, which is worth $3.7 million. In addition to this, Sarah's husband sold their plot for around $4.3 million. 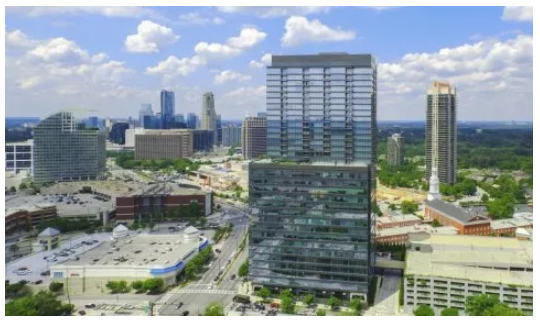 Tied In A Knot With Matt Ryan

Sarah Marshall is married to her long-time boyfriend, Matt Ryan since April 2011. Sarah first met Ryan during their college days at Boston College. Back then, both of them were star athletes in school.

Sarah and her then-boyfriend Matt decided to bound in marital relations during 2010, and it was the same year, the love birds got engaged. 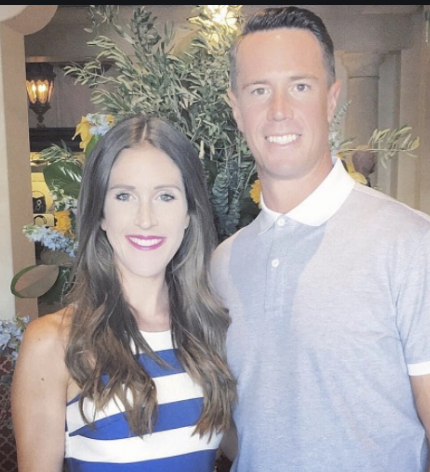 Sarah recalled her early days with Ryan, she said:

“Me and three of my teammates, so four girls were going to a movie and I invited Matt along to see Man on Fire. I felt bad because it was Matt and all these girls. But he was a good sport about it. Right then, I knew I had a good one.” 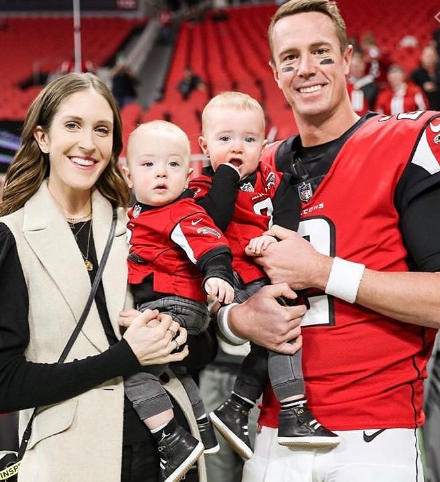 After having a complication in her pregnancy period during 2017, she sucessfully gave birth to twins on April 2018. After the birth of their child, she said:

“It has been a long and challenging road but it has all been worth it,” she told the publication at the time. “Matt and I couldn’t be happier to have them home.”

Sarah was born in Portland to her parents John Marshall and Susan Marshall. She is the fourth child of her parents, including Abby, Maggie, and Anna.

She enrolled at Catherine McAuley Falmouth and completed her graduation from there and later she attended Boston College from where she completed her Bachelor's degree in Communications, and she also played basketball there.

Interestingly, the couple’s siblings are also married to each other. Matt has a brother whose name is Mike and is tied in a knot with Sarah’s sister, Maggie Marshall. They have three beautiful children together. 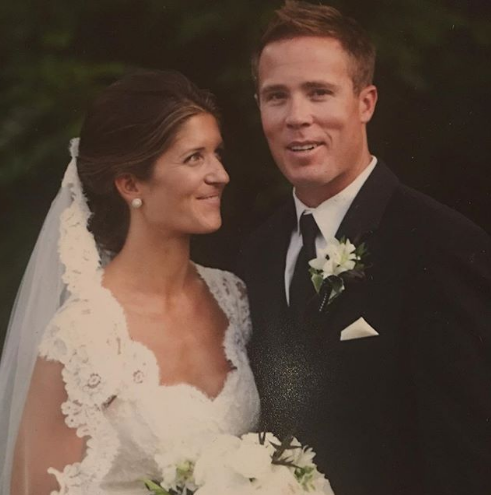 Nowadays the Ryan and Marshall family are closed and they are having a wonderful life together. They frequently arrange a gettogether party and hang around with each other.