Sarah Jane Smith is an Australian professional golfer who competes in the LPGA Tour. She is the former winner of the Tampa Bay Futures Golf Classic.

She was a member of the 2004 Australian World Cup Team. That was also the year when she turned professional. In 2005, she played in 18 events on the Futures Tour including a title of the Tampa Bay Futures Golf Classic. 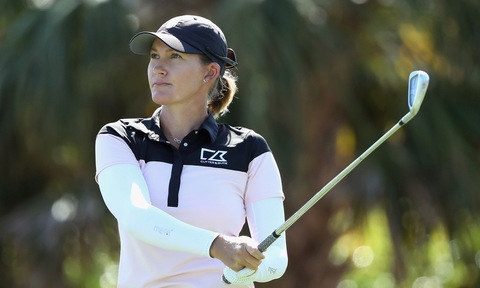 She recorded a top 10 finish at the Titanium Enterprises ALPG Players Championship and tied for 54th at the LPGA Final Qualifying to earn non-exempt status for the 2006 LPGA season. In 2006, she recorded one and three top 10 finishes on the ALPG and Duramed Futures Tour, respectively.

The next year, she tied for 20th at the LPGA Final Qualifying Tournament to regain nonexempt status for the 2008 LPGA season. The following year, she recorded a career-best tie for the sixth at the Navistar LPGA Classic, won the ILOVENY Championship.

In 2009, her best finish was a tie for 19th at the Navistar LPGA Classic. The Australian golfer recorded a season-best tied for 14th at the LPGA Championship. In 2011, she placed herself tied in the 10th position at the RR Donnelley LPGA founders Cup.

At the 2012 Navistar LPGA Classic, she recorded the season's best finish with a T6. The next year, she secured T15 at the ISPS Handa Women's Australian Open. In 2014, Smith positioned herself at T2 at the Kingsmill Championship.

She achieved T15 at the Manulife LPGA Classic 2015 and carded a career-best 65 during the final round of the Reignwood LPGA Classic 2016. Likewise, her 2017, 2018, and 2019 major highlights respectively include nine top 25 finishes with T3 at the ISPS Handa Women's Australian Open, T5 at the US Women's Open, and T42 at the Huge Air Premia La Open.

Next year, she was eligible for eight purse pools and made combined earnings of $67,617. She first met the six figures from the prize money in the year 2010. That season, the five-foot-six golfer netted a little over $106,000 from a total of ten payouts. 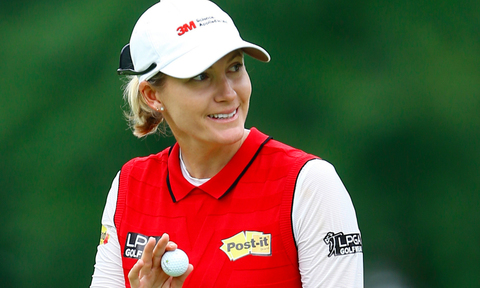 Since the start of the 2021 season, Smith has managed to go in for two monetary pools raking in $3,185 from the Hugel Air Premia La Open and $3,568 from the Pure Silk Championship with the respective best finishes, 65T and 53T.

Sarah has been married to her husband Duane Smith since January 10, 2009. For 15 years, Smith and her better half have traveled the world together. Duane has been her caddie since her early seasons.

The future bride and groom first met in their native Australia at the age of 11. Apparently, they also used to share two swing coaches, Pete Heiniger and Ian Triggs, and both had fathers who worked in the golf industry. Together, they played junior golf on the Sunshine Coast of Australia. Duane and his wife both pursued careers in golf at the same time, but it was the latter who continued to devote herself to this path. Smith says there's nothing much that she and her husband don't know about each other. She also asserts it is because of those intricacies that have given her an advantage over other caddie player relationships.

The Aussie couple has admitted that they have had second thoughts about having to work day and night with their partner. Though, they say that they have figured out the situation with time. The Smith couple are parents to their one-and-a-half-year-old son, Theo, born, July 24, 2019.