Christina Kim was born on March 15, 1984, in San Jose, California. She is the daughter of Man Kim and his wife. She did not come from a reputed family so, much information about her early life and her parents is under investigation. Her father worked as her caddie in her initial days. After graduating from High School, Kim enrolled at De Anza Community College. Christina stands five feet and six inches tall and weighs 72 kg.

Christina Kim's Net Worth In Millions

Christina Kim has an estimated net worth of more than $5 Million. She has accumulated most of her net worth through her two-decades-long career with golf. In 2005, Kim became the youngest player in the LPGA history to earn $1 Million in her career. 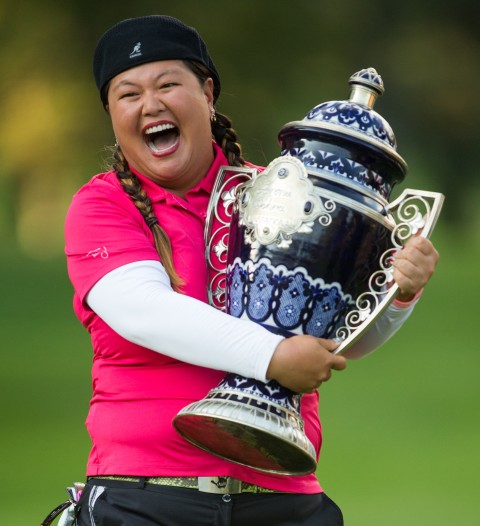 Unlike other LPGA golfers, Christina is very much private about her relationship status in 2021. She has become successful in keeping her personal life away from the public. In 2016, Kim was dating Duncan French. Duncan worked as a caddie. They could be seen spending a lot of their free time with each other but lately. They have not shared a word about their relationship.

Christina started playing golf in High School. She played golf for De Anza College and then turned professional in 2002. She played on the Futures Tour in 2001 as an amateur. Kim won her first event as a professional in August 2002 - the Hewlett-Packard Garden State FUTURES Summer Classic. In 2004, Christina won the 2004 Longs Drugs Challenge and the 2005 Mitchell Company Tournament of Champions.

Kim joined Ladies European Tour in 2012 and won her first win on the LET in 2011 at the Sicilian Italian Ladies Open. Christina won her last LPGA title in 2014 at the Lorena Ochoa Invitational. She has been playing in the LPGA to date.