2002 Boston College Varsity Club Athletic Hall of Fame, Sarah Egnaczyk is a wife of a former American football quarterback, Matt Hasselbeck. The college sweetheart tied the knot in 2000 and has three children together.

Sarah Egnaczyk was born on 27th December 1975 in the United States of America, under the star sign Capricorn. As per nationality, Sarh is an American who belongs to a white ethnical background.

To know more about Matt Hasselbeck's wife, scroll down.

Sarah Egnaczyk is married to his long-time boyfriend, Matt Hasselbeck. They met at age 17 while they were athletes at Boston College. In fact, Matt copied Sarah’s course schedule during registration to Ensure They Would Meet. Both pursued a business degree. 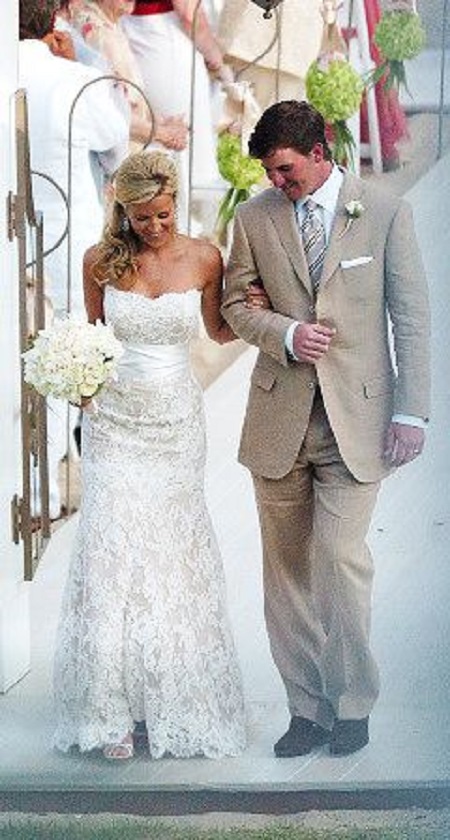 After dating for a year, the couple tied the knot on June 17, 2000. The following year, they welcomed their first child, a daughter Annabelle. In 2003, they had their second daughter, Mallory, and their son, Henry was born in 2005.

Sarah Egnaczyk and Matt Hasselbeck with their children SOURCE: Cornytube - Wiki base

As reported, both of his daughters commit to the women's lacrosse team at Boston College. The couple has been married for 19 years now and living a blissful life with their children.

Egnaczyk is a former hockey player. In high school, she recorded 13 shutouts and scored nine goals during her senior season. She was awarded All-State honors.

Upon graduation, she enrolled at Boston College, where she served as a co-captain in her junior season as well as led the Eagles to their first-ever Big East championship.

At the national level, Egnaczyk appeared several times for the U.S. Junior National Team. Also, she participated in the U.S. Olympic Festival in 1995 and was an alternate for the 1997 U.S. National Team.

In 2002, she was elected into the Boston College Hall of Fame.

Her Husband Is A Retired NFL Player

Born on September 25, 1975, Matt Hasselbeck is a former American football quarterback who currently serves as an analyst for ESPN's Sunday NFL Countdown. 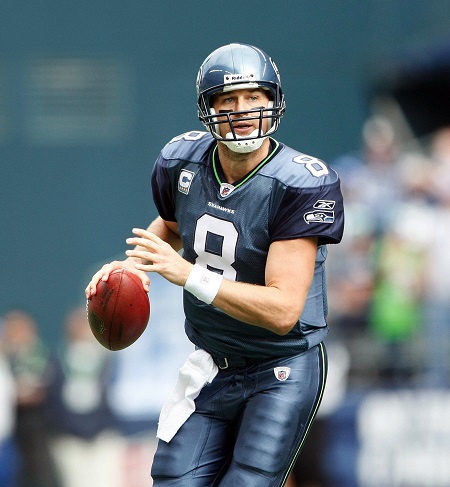 He finished his collegiate career at Boston College and was selected in the sixth round of the 1998 NFL Draft by the Green Bay Packers. Later, he was traded to the Seattle Seahawks in 2001, where he led Seattle to six playoff appearances, including a Super Bowl loss to the Pittsburgh Steelers during the 2005 season.

The Hasselbeck family has become active with Charity: Water, an organization that helps to bring clean and safe drinking water to people in developing nations.

Matt and his wife went to Malawi to serve with the organization in a remote African village. The village held a parade for the family when they arrived and gifted them with a live chicken when they departed.