Former news anchor for WDIV in Detroit, Lauren Campbell, is well recognized as a wife, subsequently ex-wife of former American football running back, Barry Sanders. The duo tied knot in 2000 however divorced after twelve years of their marriage in February 2012. The couple shared three children together.

What led the couple to end their long-term marital affair? Scroll down!

Around 2000, Lauren Campbell exchanged the vows with her long-time sweetheart, Barry Sanders, in an intimate ceremony at the Detroit Golf Club among the 50 guests. 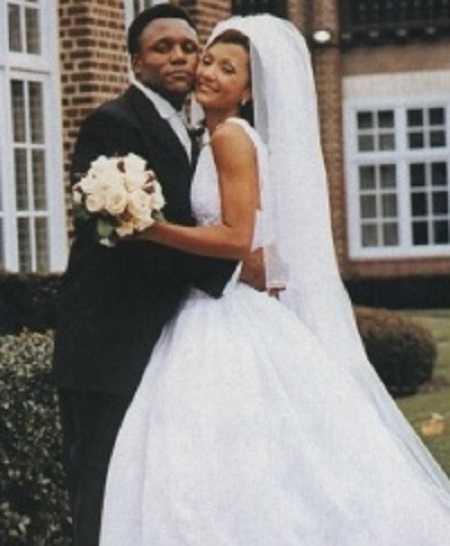 At the wedding ceremony, the bride flaunted in a Diamond Collection gown with a halter-style, lace-covered bodice and full skirt with a cathedral-length train. The duo date six years long before their marriage.

Besides, she is a step-mom to Barry J. Sanders, from Barry's past relationship. J. Sanders is a former American football running back who finished colligate career for the Standford cardinal football and subsequently senior season at the Oklahoma State Cowboys football team.

According to Oakland Circuit Court records, Sanders filed a divorce against Campbell Sanders on 24th February 2012. As reported, the couple and their children were in the process of building a new home together as late as 2010, but suddenly everything came to an end. 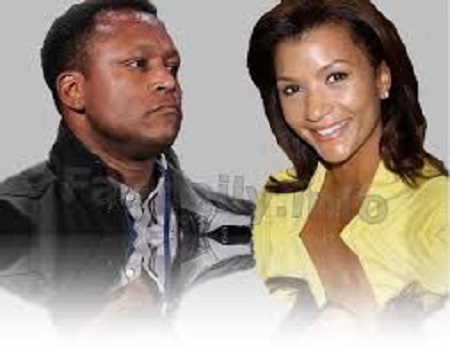 During the divorce procedure, Barry asked Campbell to provide health insurance and health care, and child support as well. Furthermore, they were forced into mediation to help sort out the issues, including custody, parenting time, spousal and child support, and property.

However, not much can be gleaned from the report on exactly what caused the sudden breakdown in Sanders' marriage.

Since the divorce, Lauren has not been spotted with any other man as well as there is no news and rumors regarding her new love affair or marriage. She has maintained a low key personal life.

A native Detroiter, Lauren Campbell, is a graduate of Renaissance High School and the University of Michigan. Further, she attended Wayne State University's Law School.

Lauren began her television news career at Channel 20 WXON anchoring and producing news updates. Then she interned in the newsroom at WDIV as well as parlayed that role into a position as a writer for the 5 and 6 o'clock newscasts.

Later she became weekend morning newscast anchor for the Local 4 News Morning weekend edition. After anchoring for several years, she dropped her career and started a family.

Know More About Her Ex-Husband

Born on July 16, 1968, Barry Sanders is a retired football running back who played professionally for the Detroit Lions of the NFL. Often regarded as one of the greatest running backs in NFL history, he has won 10× Pro Bowl, 1988 Heisman Trophy, 1988 Maxwell Award, and 1988 Walter Camp Award.