Sara Sorribes Tormo is a Spanish tennis player. She is a professional-level athlete and is a winner of one singles title and three doubles of the WTA Tour. Further, Tormo is right-handed and had a career-high singles ranking of world No. 32 as of the reports on February 7, 2022.

Tormo started her career on the WTA Tour at the 2012 Barcelona Open. In 2014 she again competed in qualifying for the Madrid Open as a wild card, where Tormo lost to Caroline Garcia in the first round. However, in 2015, she was successful on her first shot to play in a WTA Tour main draw. In 2016 Sara didn't qualify well and finished the year as world No. 107. So the tennis player started 2017 with two defeats in qualifying at Shenzhen Open and Hobart International. Follwoing the year, Sara reached her then-best career ranking of 79 and set the record in 2019.

While exploring Sara's relationship status, she is currently dating her boyfriend, Vicen Salvador. Sara and Vicen share a great bond and have been in a serious relationship for many years. The couple often shares their pictures on their social media handle. 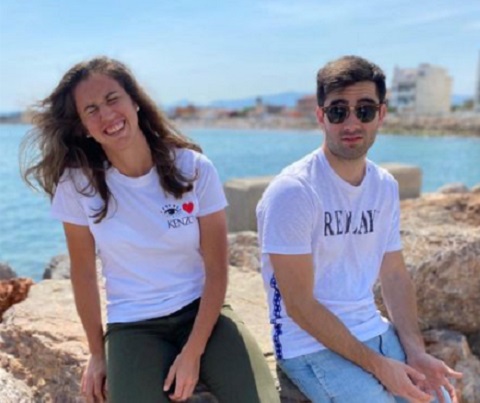 The pair is also open about their connection and keep updated with their fans. Another tennis player, Ons Jabeur, is married to her husband, Karim Kamoun.

Professionally, Vicen is engaged in the musical field. Meanwhile, non of them have shared their wedding plans, as Sara and Vicen are currently focusing on their career rather than other things.

How Much Does Sara Earn From her Professional Career?

The international Tennis player Sara Tormo makes a good amount from her Sponsorship and advertising deals, including her bonuses and incentives. The tennis player's net worth is estimated to be $1.5 Million. Sara generally maintains a simple living style and doesn't flaunt it much on her social media sites.

Similarly, Sara has earned $3,381,746 from her playing from her plays in singles and double as of 2022. Sara is currently growing her career so that she might make more money in the upcoming days. Tormo has a sponsorship deal for Clothing and Shoes with Joma and a Racket with Wilson.

Likewise, the tennis player Maddison Inglis holds a net worth estimated to be $1 million as of this writing.

Sara was born on October 8, 1996, in Castellon de la Plana, Spain. Sara grew up along with his brother Pablo. However, her mother's name is Manoli Tormo Traverparents; meanwhile, her father's name is still to get revealed. Further, her mother owns a souvenir shop, and she served as a tennis instructor.

On the other hand, her father worked in real estate and was a professional soccer player. Like her mother, Sara followed her on the same career path as Sara was introduced to the tennis vocation at 6. 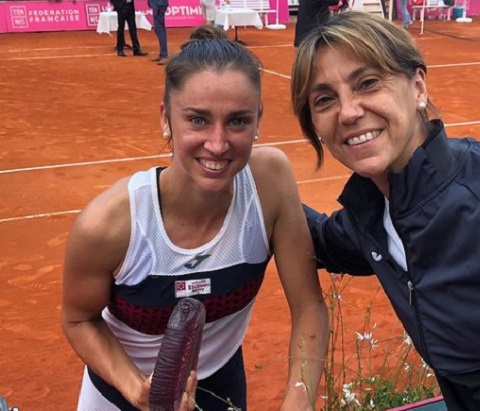 While growing up, she enjoyed watching Justine Henin, and Sara enjoyed her free time playing and hanging out with her brother Pablo.

The professional tennis player, Sara, is 5 feet 9 inches tall and 69kg and 150 lbs. Besides, Sara often remains busy with her workouts and training as she loves keeping fit and healthy.