Santiago Simon is a footballer born in Argentina who plays as a winger for River Plate, wearing jersey number 31. The young football player has been representing this club since joining them on July 1, 2021, while his career started with Cooperativa Tortuguitas.

Besides that, he has received a chance to play for the U17 team of Argentina and also helped them to win the South American U-17 Championship in 2019. He is also listed in the senior squad of Argentina that is playing in the FIFA World Cup 2022.

How Rich Is Simon? His Salary & Net Worth

Since 2021, Simon has been playing for River Plate, and he joined the team in a decent deal. Salary Sport shows that Simon's salary in his current squad is £2,600 weekly and £135,200 yearly. So, it can be said that Simon makes a good amount of money from his profession at a young age. 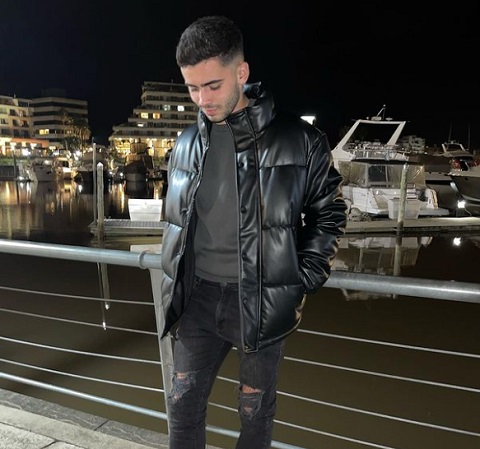 Meanwhile, his current market value is €6.00m. Looking at his graph in Transfermrkt, it is believed that Simon's income will skyrocket in the future. Apart from making money by playing football, Simon also profits from brand endorsement.

We realized through his social media posts that he currently works with Adidas. Besides, his net worth may be around $500,000 to $1 million.

Moving into his love life, Simon is currently dating a girlfriend named Valentina Gramundo. With Gramundo, Simon has shared many adorable pictures, which are pretty evident that they are in a relationship. It is unknown when they started their romance, but the lovebirds have been posting images on their social media handles for a long time. Santiago Simon and his girlfriend in a frame  SOURCE: Instagram @santisimon7

Simon and Gramundo celebrated their birthday and shared some happy moments on IG. We can follow Simon as @santisimon7 and his girlfriend as @valengramundo. Simon's lover, Gramundo, appears to be an entrepreneur who serves as the owner of Fermina Store.

Simon was interested in pursuing a career in this sport from an early age, just at the age of 4 after joining Cooperativa Tortuguitas. And in 2013, Simon moved to River Plate's academy. On November 20 of the same year, he was promoted into Marcelo Gallardo's senior squad for a Copa de la Liga Profesional game. 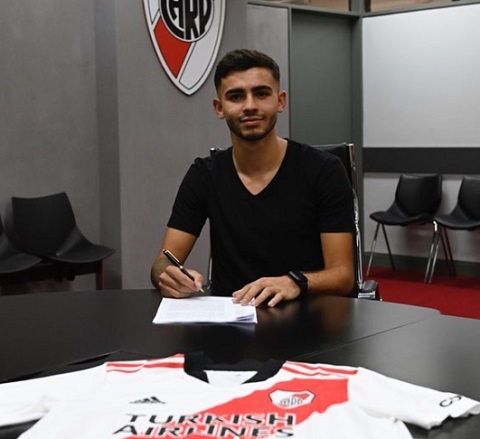 Apart from that, he is also a footballer who has played for the national team. He made six game appearances for the U17 team and is now in the senior squad.

You May Read: Nehuen Perez

Take a Look at His Birth Details & Height

Santiago Simon was born in 2002 in Jose C. Paz, Argentina. Besides, Simon lights his birthday candle on June 13 every year. Talking about his height measurement, the Argentine footballer peaks at an average height of 5 feet 10 inches (1.78 m).

At this time, Simon has kept his personal info far from the public domain, due to which his parents' information remains under review. In the same way, we are unknown whether he has siblings or not.