Santiago Arzamendia is a rising Argentine-born Paraguayan professional football player. He is currently playing at the professional level in the Spanish football league, La Liga. Santiago turned professional in 2015, playing with Cerro Porteno in his home country. Arzamendia plays as a left-back for his club and country.

Santiago Arzamendia was born Santiago Arzamendia Duarte on May 5, 1998, in Wanda, Argentina. He did not come from a reputed family and has not shared about his early life and parents. Information about his education and academic qualification is under the radar. Regarding his physical appearance, Arzamendia stands five feet and eight inches tall and weighs 70 kg.

Santiago Arzamendia has an estimated net worth of more than $200,000. The player is earning most of his net worth through his football career. Santiago signed a four-year contract with Cadiz in the La Liga for a reported fee of more than $1 Million in July 2021. As per sources, He has an annual salary of £135,200 while playing with Cadiz. 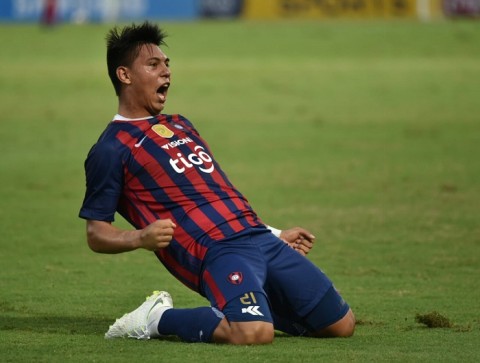 Santiago receives a weekly wage of £2,600 as per his contract. The player is very early in his career and will be adding millions in the future. He has a market value of €2 million as of early 2022. Florin Andone and Alfonso Espino are the highest-paid players for the club.

Who is Santiago Arzamendia Married Too? Know About His Fiance and Relationship Status

Santiago is pretty private about his relationship status. He is an active social media user. However, His Instagram profile of followers of more than 100k is personal. As per sources, Arzamendia is married to his longtime girlfriend, Jessica Silva. The duo exchanged their wedding vows in December 2020 in a private wedding ceremony in front of parents and close friends. 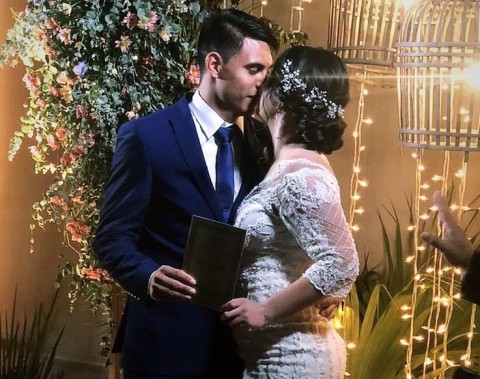 Santiago along with his wife Jessica in their wedding SOURCE: Cronica

Santiago and Jessica are pretty private about their relationship status. They are yet to welcome a new member into the family.

Santiago started his youth career with Cerro Porteno's youth academy in 2011. He trained and played with the youth academy until 2015. The player represented the club on numerous levels and earned his senior team call in 2015. Arzamendia signed a multi-year contract with the club for an undisclosed fee. Santiago remained with the club until the 2020 season.

Arzamendia appeared in 103 games and scored six goals in his six seasons with the club. In July 2021, Spanish club Cadiz signed him on a four-year contract for an undisclosed fee. In the ongoing season, He has appeared in six games for the club.

Santiago was born in Argentina and moved to Paraguay at thirteen. He is eligible to represent any of the countries. Arzamendia chose to play for Paraguay in late September 2018. The player earned his international call in 2019 for the senior team. Santiago made his debut against Mexico in a friendly match.