A native of San Jacinto, Uruguay, Alfonso Espino is a professional footballer who has been playing for the Spanish club Cadiz since joining them on January 28, 2019. Espino is one of the most important players on his team, and he plays as a left-back.

He has been playing football for a long time and has been a part of many teams. He is also on the team Uruguay, just like Leandro Cabrera and Brian Ocampo, which is playing in the FIFA World Cup 2022. In addition to that, he was also on the list of Uruguay's 50-man preliminary squad for FIFA World Cup qualifying games.

Alfonso Espino Is Married to His Wife

Starting with his love life, Espino is a married man and has a loving wife named Saralea Arismendi. Espino and Arismendi have been sharing the relationship of a husband and a wife for a long time. Espino is a fun-loving person, and together with his wife, he loves exploring different places. 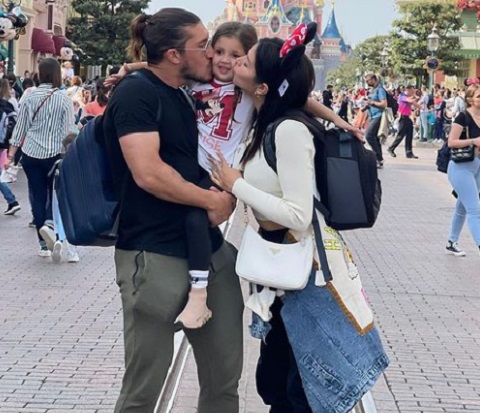 Alfonso Espino has a daughter with his wife  SOURCE: Instagram @alfonsoespino22

Not to mention, Espino's wife appears to be engaged in the fitness industry as she frequently posts images of her workout session. She is an active Instagram user who uses Instagram under the username @saraleaarismendi.

Apart from that, the power couple also has a daughter, which the footballer often features on his social media posts.

Taking this fact into the consideration, we can assume that Espino's net worth is around $1.5 million. So, having an impressive fortune, Espino lives a luxurious life. The footballer shows off his life via his Ig handle. Apart from making money from his profession as a footballer, Espino also takes home a fair profit from brand endorsement.

Beginning with his early days, Espino first joined Danubio. Espino also played for the youth teams of Huracan Buceo, Miramar Misiones, and Nacional. On February 1, 2014, Espino made his senior debut while playing against Racing Montevideo.

And on April 24, 2016, Espino scored his first senior goal in a match against Fenix. Playing with the team until 2019, Espino made 128 game appearances and also netted four goals. On January 28, 2019, Espino joined Cadiz, and his contract with the team was extended on October 31, 2020. 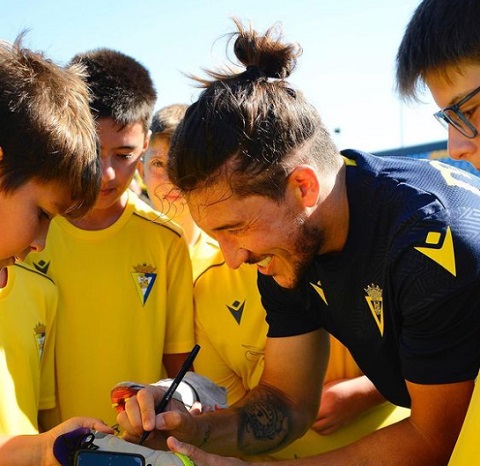 So, Espino is doing pretty well in his current team and has also helped them to win some games.

More On His Birth Details & Height

As of now, the information about his family background remains under review as the footballer has not given a peek into his family life.