Houston, Texas native, Sammy Guevara was born on 28th July 1993, under the star sign Leo. He holds an American nationality and belongs to the white ethnic background. The twenty-six years old stands 5 ft 10 in (178 cm) and weighs 185 lb (84 kg).

Sammy Guevara's Net Worth: What Is His Source Of Income?

A former AAA World Cruiserweight Champion, Sammy Guevara has been into the wrestling world since early 2013. Competing at All Elite Wrestling (AEW), DDT Pro Wrestling, and Lucha Libre AAA Worldwide (AAA), he earns a decent sum of money, though the exact figure is under review. 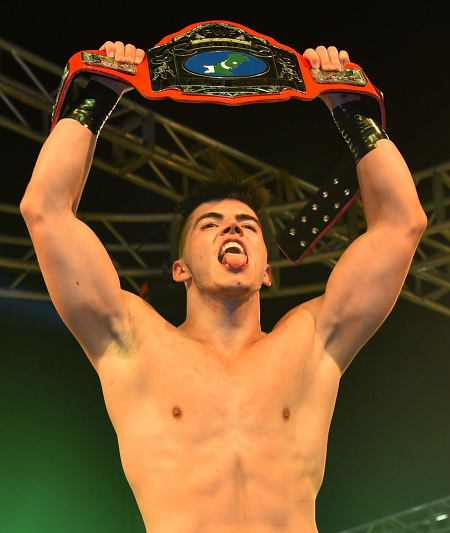 Guevara after winning the PWFP Ultimate Championship at SOURCE: Wikipedia

According to the source, the professional wrestler makes the six-digit figure per annum. As of 2020, his net worth is approximately $0.3 million. Besides, there is no information available regarding his financial aspects such as real estate properties and cars.

Sammy Guevara is currently in a relationship with his girlfriend, Pam Nizio. Nizio is no new face/name to Guevara's Instagram followers as he frequently shares adorable pictures with his bae. It's been a long time since the two are dating but when they started dating and how they met is still under review. 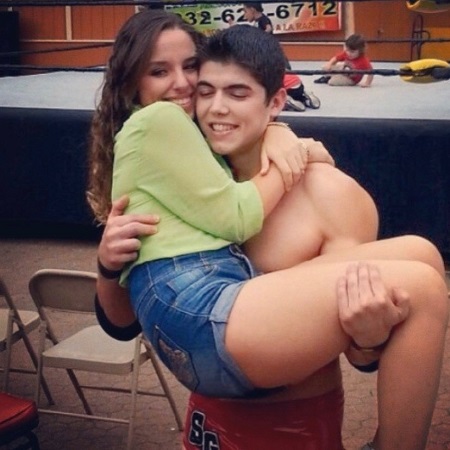 Love is in the air: Sammy Guevara and Pam Nizio SOURCE: Tumgir

Seem like the couple wants their personal life behind the camera. As of now, there is no sign of breaking up any time soon: Sammy and Pam are living a blissful life.

In 2016, Sammy Guevara appeared on a podcast where he made some highly derogatory comments about the new WWE Women's Tag Team Champion, Sasha Bank. There, he said that after working with WWE in a limited capacity that year, he wanted to "sexually assault" the Sasha Banks. Although the words of Sammy Guevara did not go back then, it recently appeared online.

Due to which AEW wrestler Sammy Guevara's career has been plunged into jeopardy after his vile comments. Guevara is suspended for an indefinite period of time. Furthermore, AWE announced his salary will be donated to the Women's Center of Jacksonville, Florida.