Sammie Coates is an American football player who plays in the Canadian Football League for Saskatchewan Roughriders. He attended the University of Auburn and was signed by the NFL's successful team, Pittsburgh Steelers, in round three of the 2015 NFL Draft with the overall pick of 87. Sammie plays from a wide receiver position for the Saskatchewan Roughriders and wears a shirt number 84.

Sammie Coates Jr., aka Sammie Coates, was born in Leroy, Alabama, on March 31, 1993. Coates was born under the Pisces sun sign. Sammie is an American citizen who possesses a US passport. Sammie has not revealed his sibling's information. Sammie is originally from the United States of America. Sammie's father's name is Sammie Coates Sr, and his mother's name is Sharon Coates. They both are originally from the United States, and they are of American descent. Sammie is 6 feet 1 inch tall and 95 kg.

Coates was a high school football player at Leroy High School in Leroy, Alabama. He recorded 57 catches for 1,170 yards and 14 touchdowns as a senior. 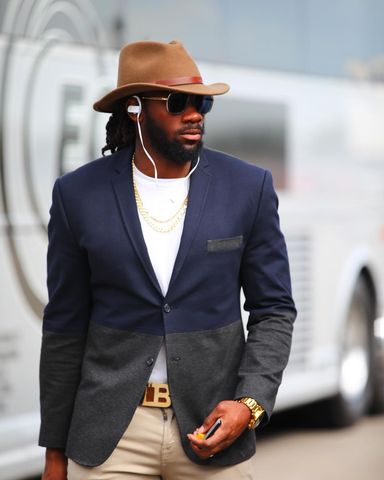 In March 2010, Coates committed to play collegiate football for the University of Southern Mississippi, but in July, he switched his pledge to Auburn University. Coates, a three-star recruit according to Rivals.com, was ranked as the nation's No. 71 wide receiver in 2011.

Due to a foot injury, Coates missed his whole rookie season at Auburn in 2011. Coates was a member of the wide receiver rotation in 2012 after missing the whole first season at Auburn. He made his debut against Clemson and against Louisiana-Monroe, catching his first career score, a 33-yard Hail Mary from quarterback Kiehl Frazier. He recorded six receptions for 114 yards and two touchdowns as a redshirt freshman. Coates started 12 games as a sophomore and had 42 catches for 902 yards and seven touchdowns. He has 14 receptions for 30 yards or more, making him a big-play threat. He gained 102 receiving yards against SEC West opponent Arkansas, his third consecutive 100-yard game. He recorded four receptions for 61 yards in the 2014 BCS National Championship Game defeat to Florida State. 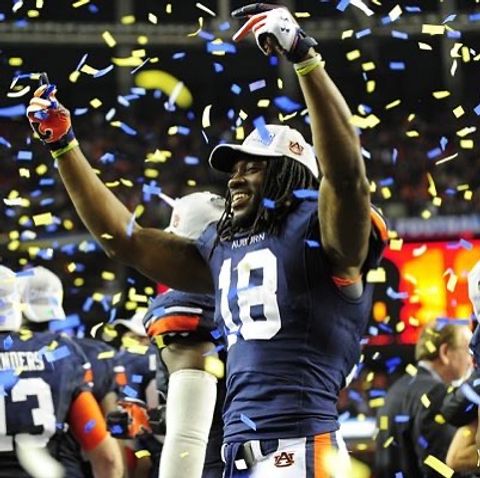 Coates collected 34 catches for 741 yards and four touchdowns as a junior in 2014. He concluded his career at Auburn with 1,757-lifetime receiving yards, 13 career touchdown catches, and seven career games with more than 100 yards receiving. He established a school record with 206 receiving yards, five receptions, and two scores in the Iron Bowl versus Alabama.

He was also invited to the Reese's Senior Bowl and the NFL Combine after recording four receptions in the Outback Bowl. Coaches, The Associated Press, and Phil Steele all chose Coates second-team All-SEC.

Coates revealed on December 12, 2014, that he has accepted his invitation to the 2014 Senior Bowl. NFL analyst Mel Kiper predicted him to be a first-round pick before the Senior Bowl. Coates was anticipated to be a late first or second-round choice by the majority of NFL draft pundits and scouts.

Coates' rapid cuts, outstanding speed, and huge, well-developed physique impressed NFL scouts at the Senior Bowl, and his potential makes him a probable future No. 1 wide receiver, according to evaluators. 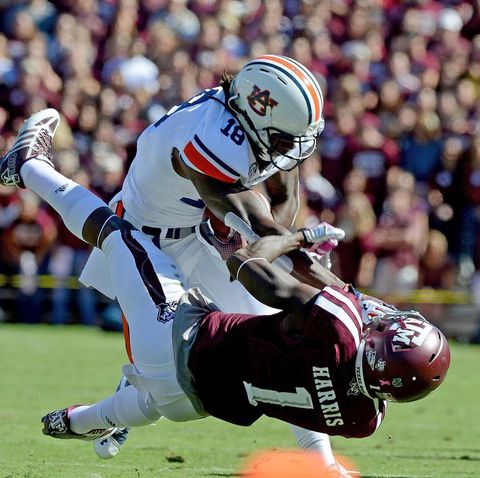 Coates trying to get a ball from his opponent SOURCE: [email protected]

Following a spectacular week of practice in which he made many highlight-reel receptions, Coates visited with Baltimore Ravens personnel. Coates had one reception for 13 yards in the Senior Bowl on January 25, 2014, but had to depart the game due to a groin injury.

Coates played a key role in the South's 20-10 victory over the North under Jacksonville Jaguars head coach Gus Bradley. He was invited to the NFL Combine and went through all of the necessary combine and positional workouts. 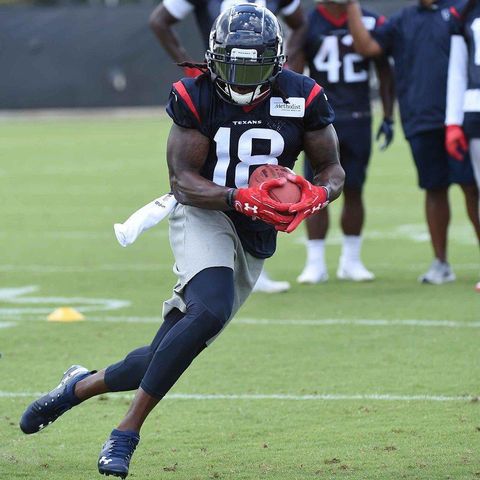 His bench press reps of 23 were the most among wide receivers. Coates, along with Greg Robinson, Dee Ford, Chris Davis, Tre Mason, Cody Parkey, Jay Prosch, Quan Bray, and nine other teammates, attended Auburn's pro day on March 3, 2014. For the scouts and team representatives in attendance, he just ran positional exercises. The Steelers traded Coates and a 2019 seventh-round selection to the Cleveland Browns on September 2, 2017, in exchange for a 2018 sixth-round pick. With Martavis Bryant's return from suspension, JuJu Smith-selection Schuster's in the 2017 NFL Draft, and the growth of Eli Rogers in Coates' absence the previous season, Coates became expendable. For their final two receiving positions, the Pittsburgh Steelers went with veterans Darrius Heyward-Bey and Justin Hunter.

Sammie is currently signed to the Saskatchewan Roughriders of the Canadian Football League. He has played for multiple teams after his NFL draft in 2015. He has got a lot of success after his draft. Sammie enjoying his vacation with his family SOURCE: [email protected]

Coates is worth $5 Million. Sammie gets a lot of money through sponsorships and advertising agreements in addition to American football, but he hasn't addressed it.

Sammie, a talented Saskatchewan Roughriders athlete, leads a genuine existence. Sammie is a married athlete. he is married to an American lady Kailey Rogers. After he was drafted by the Steelers, Sammie was engaged with Rogers. Before they get married they were in a long-term relationship with each other. They get married in the presence of their friends and family. Their exact marriage date is not known. Sammie and Rogers travel together whenever they get some leisure time. Sammie loves to post his wife's pictures on his Instagram account.

Sammie and Roger is also blessed with a baby boy. So, as of now, Sammie lives happy marriage life with his wife and son in his own house based in the United States of America.

Sammie Coates is a social media enthusiast who spends most of his time on Twitter and Instagram. Sammie has a verified social media presence with over 82k followers on Instagram. @sammiecoates is his Instagram handle.