Harold Moukoudi is a French-born Cameroon descent soccer player who serves as a center-back for As Saint-Etienne in Ligue 1. Despite being born in France, he represents Cameron internationally. He was a member of the Cameron national team in the AFCON tournament in third place.

The Saint-Etienne center-back Harold Moukoudi was born on 27 November 1997 in Bondy, France. Harold's star's sign is Sagittarius, and his age is just 24 years old as of 2022. The France international is a righted-footed player and wears jersey number 2. He has a height of 6 ft 3 inches and weighs 74kg.

Harold Moukoudi's family came from the African side, i.e., Cameroon. Yet, he retains the dual national of Cameroon and France. He belongs to a low financial household, so he had quite a miserable span during his childhood period. The player has kept his family details to himself.

Regardless, he seems to have a younger sister with whom he has shared pictures on his Instagram. Despite posting her picture, he has not t noted anything about her.

Harold Moukoudi, the ex-Middlesbrough player, began his youth team playing for US Nogent. Before turning pro, the Cameroon descent played for numerous clubs such as US Chantilly and Le Havre from  2003 to 2015. He is the product of Le Havre, who later on played for the Le Havre senior team for the three straight seasons from 2016 to 2019. 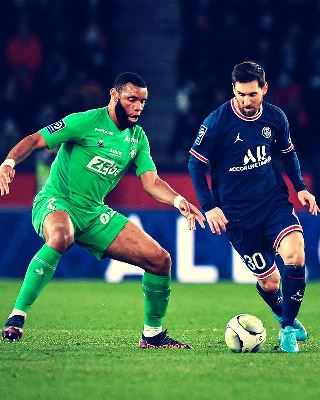 He has played most of his career (9 years) for La Havre. Subsequently, after his release, he joined Saint-Etienne in 2019, and after that, the 24-year-old defender was lent to Middlesbrough for some time. Fulfilling his loan deal, he again moved back to Saint Etienne.

Internationally, he initially represented France at U16, U17, U18 and U20 levels in numerous games and cups. But now, he is a member of the Cameron national team. He made his Cameroon debut on 12 October 2019.

As per the sources, the 6 ft 3 inches, 74 kg athlete seems to be single. There are no rumors or news about his relationship status anywhere. Hence, it is quite challenging to determine his love life matter.

Presently, the center-back is focused and dedicated to his career rather than dating a girl. We will keep the tabs and update you on this very soon.

Harold French-born Cameroon descent defender, is a well-established player and a role for many people. During his career, he has played for several French clubs, which is his primary source of income. He is also acquiring great wealth from his football career. When he started his professional career in 2015 with Le Havre, his annual pay was £11,960. 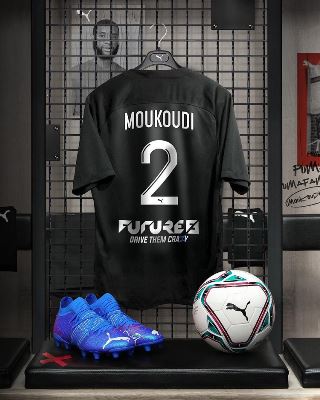 Puma also endorses Harold and facilities him with boots and a jersey. He gets paid for advertising their products.

Talking about his market value, it is €4 MIllion as of 2022. All his transfer and football-related actions are carried out by the agent ROGON.