Sam Howell is an American football player who is signed to the Washington Commanders of the National Football League (NFL). He was drafted by the  Commanders in the fifth round of the 2022 NFL Draft. He finished his collegiate career playing for the University of North Carolina as a quarterback. He was named ACC Rookie of the Year in 2019 and Military Bown MVP in the same year.

Before committing to North Carolina, he was ranked as the number 2 player in Carolina in the 2019 class by 247Sports. Overall, he was ranked No. 87 prospect and number 3 quarterback in his class.

Sam Howell was born on September 16, 2000, in Indian Trail, North Carolina, United States. He is a Christian by religion and his birth sign is Virgo. He currently resides in Monroe, North Carolina. 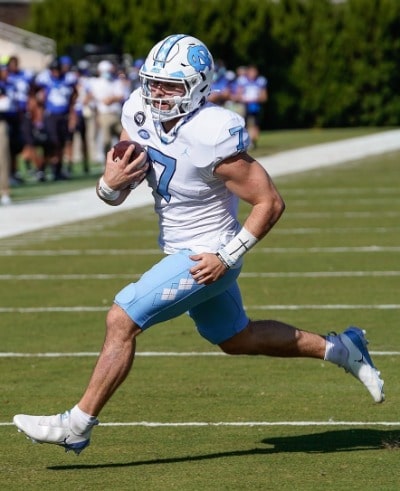 Howell went to Sun Valley High School in Monroe where he played high school football. In his high school time, he threw for 13, 415 yards and 145 touchdowns and made a rush for 3261 yards with 60 touchdowns.

There he was rated as one of the top 100 prospects all over the nation in the 2019 class. He later committed to North Carolina Tar Heels.

The #7 of Tar Heel's father's name is Duke Howell and his mother's name is Amy Howell. His father is also a coach of American football and is very supportive and proud of his son for playing for North Carolina. 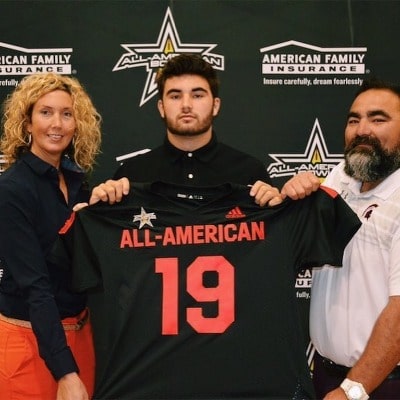 He has two siblings, brother Will Howell and sister Anna Howell.

How much Sam Howell earns as a college athlete?

The net worth of Sam Howell is estimated to be $2 million.

In the US, there was no provision for paying college athletes. But they are recruited by college and attend in scholarships.

However, a new controversial rule was approved by National College Athletic Association regarding paying college athletes. As per sources, the college players can earn up to $2.5 million, if used properly. The athletes can make deals with brands and profit from them.  Many athletes have already started doing so and Howell is one of them.

While still athlete, ACC Rookie of the Year (2019) announced his partnership with Bojangles, a fast-food chain restaurant that specializes in fried chicken. 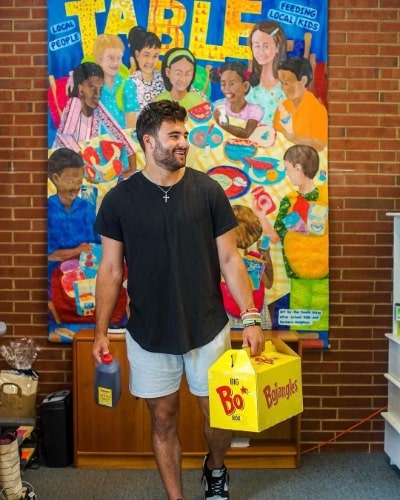 It’s Bo Time!! — Pumped to announce my first brand partner will be @bojangles! From charity events to community fundraising, Bojangles shares my passion for impacting the community with organizations like @table_nc

Excited to share the season long collaborations we have planned!

Who is Sam dating? (Affair and Girlfriend)

Sam Howell is very successful in keeping his private life away from the social media reach. Extracting his Instagram and Twitter account, he has never shared any photos with any girls. It seems Sam prefers his love life behind the camera.

It may be that he is still single. As of 2022, he is just 22 years old and focusing on his career without spending time in romances.

But with his tall, muscular physique and a promising career, no doubt there must be girls wanting to date the North Carolina Tar Heels quarterback.