Nelson Agholor is a Nigerian-American football player who was drafted in the 20th by Philadelphia Eagles in the 2015 NFL Draft. He was selected to the All Pac 12 Conference Football Team as the first-team offense in 2014 while at USC.

He currently plays for New England Patriots in the wide receiver position. Before joining the Patriots, he played for Philadelphia for five years and  Las Vegas for one year. He was a part of the Philadelphia team that won the Super Bown LII in 2018.

The talented wide receiver was promising from his college days and was rated five stars by Rivals.com and the third-best receiver of his class.

Nelson Agholor was born in Lagos, Nigeria, on May 24, 1993. He spent five years in Nigeria before moving to America, where he made his fortune playing American football. There are not many football players who have or are playing in NFL. 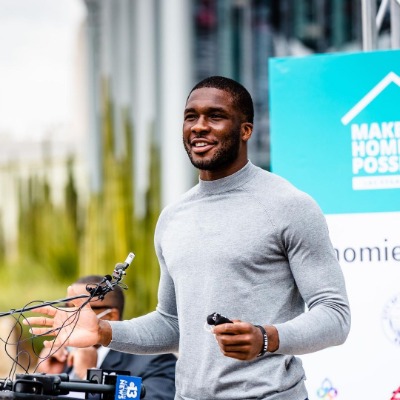 The Patriot's wide receiver is 6 feet 1 inch by height and about 90 kg, which he utilizes to receive the ball well and make an enormous impact in the game. His birth sign is Gemini.

Nelson's father's name is Felix Agholor, who was also a soccer player in Nigeria. And his mother's name is Caroline Agholor. After moving to the US, Caroline worked as a nursing care home assistant while Felix worked as a janitor.

He attended Berkley Preparatory School in Tampa, Florida, where he started playing as a wide receiver and defensive back. Seeing his talent, the University of South California selected him.

Later he was drafted by Philadelphia Eagles and played there for five seasons. After they released him, Las Vegas Raiders signed him as an unrestricted free agent in 2020. And just in 2021, he was signed by New England Patriots with a whooping sum of the contract. We'll talk about that later.

Nelson Agholor Net Worth and Contract with Patriots and Philadelphia

Nelson Agholor's net worth is estimated to be $24 million. He accumulated most of his earnings from playing football for different teams and the signing bonuses.

According to Sportrac, Nelson signed a contract worth $22 million with the Patriots in 2020. It includes a signing bonus of 10 million and an average salary of $11 million while guaranteeing him the sum of 16 million in 2 years. He will also get an incentive of $2 million annually for playing with the Patriots.

Before in 2015, Nelson signed a deal with the Eagles worth $9 million, including 5.1 million bonuses for four years.

Eagle opted for an option for the fifth year that paid Agholor an extra compensation of $9.3 million for that year only. With the heft amounts he is paid, Nelson lives a lavish lifestyle with his girlfriend.

Who is Nelson Agholor dating?

Nelson Agholor is currently having a romantic relationship with his beautiful girlfriend, Viviana Volpicelli. His lover is a beauty blogger and an Insta model by profession. She was born on May 8, 1993, in Los Angeles. 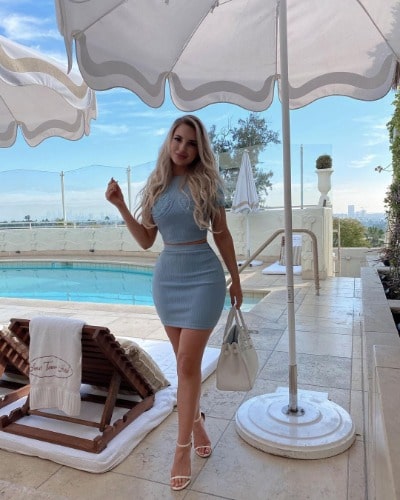 The footballer met his girlfriend while he was at USC in college. Since then, the love birds have had romances and does not shy to post about each other on their social media. The beauty Volpicelli always shows support by being present in his game of not then through her social media.

Agholor's girlfriend Viviana is very active on  Instagram and has more than 170,000 followers. She mostly posts about different fashion items.

Besides football, Agholor is also actively training the kids to play baseball. As his Insta bio says,

Our Kids, Our Responsibility is a charitable initiative founded by Nelson Agholor and powered by The Giving Back Fund.