Sam Hauser is an American basketball player who is currently a small forward at the Virginia Cavaliers. He has also played for the Marquette Golden Eagles. Hauser was named the First team All ACC (2021), Second-team All-Big East (2019), and Wisconsin Mr. Basketball (2016).

Sam Hauser was born on December 8, 1997, in Green Bay, Wisconsin. He stands 6 feet 8 inches tall and weighs about 218lbs. Hauser's younger brother, Joey, was his teammate in high school and also a fellow player at Marquette. Joey currently plays for Michigan State. Hauser's father, Dave, was an assistant basketball coach.

Hauser averaged 18 points, 7.5 rebounds, and 3.3 assists per game and led the state with a 50.6 three-point percentage in his junior season at Stevens Point Area Senior High School (SPASH). He scored 25 points in SPASH's title game against Germantown High School.

As a senior, Hauser averaged 18.2 points, 6.7 rebounds, four assists, and 3.1 blocks per game and was named Wisconsin Gatorade Player of the Year.

Hauser made his debut for Marquette in November 2016, pocketing 14 points in 19 minutes off the bench in a 95-71 win over Vanderbilt. On December 4, Hauser scored a season-high 19 points in an 89-79 victory over Georgia. He scored 19 points in Marquette's next win over Fresno State. 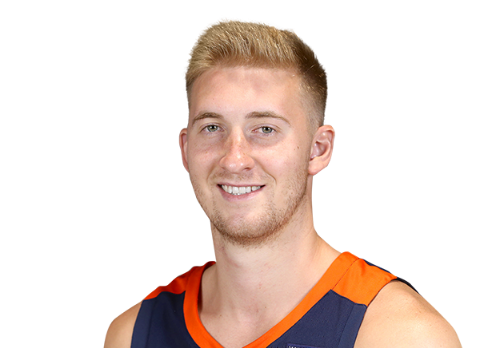 CAPTION: Sam Hauser announced he would declare for the NBA Draft on March 25, 2021. SOURCE: ESPN

As a freshman, the Green Bay native averaged 8.8 points, five rebounds, and 1.3 assists per game, shooting 45.3 percent from the three-point range. In Marquette's win over Eastern Illinois, Hauser scored a sophomore season-high 30 points, along with nine rebounds and four assists.

While leading Marquette past American, Wisconsin-born athlete made a career-high 7 three-pointers and next scored another career-high with 30 points and 6 rebounds in Marquette's loss to Butler.

Being an athlete at the collegiate level, Hauser is not allowed to bank up cash from the games he plays in. Needless to say, competing in the tournaments like ACC can be lucrative at times. Atlantic Coast Conference is around half a billion-dollar sports league in itself. And now that NCCA has been more liberal in the matter of players' earnings, college athletes like Hauser might have a better chance at making the fortune of their own in the days to come.

Also now that Hauser has decided to go pro, it's only a matter of time before the 23-year-old starts signing deals worth millions of dollars. On the off chance, should Hauser decide to continue with his college career, there are always those premium upsides while playing in the NCCA.

Sam Hauser's girlfriend, M.E. Dodge, is an East Troy native and a member of the UW volleyball team. The couple has been together since August 2017. Dodge was frequent on Hauser's Instagram from early 2017. But it wasn't until the fall of that year, where Cavaliers' forward hinted at his relationship with the volleyball star. 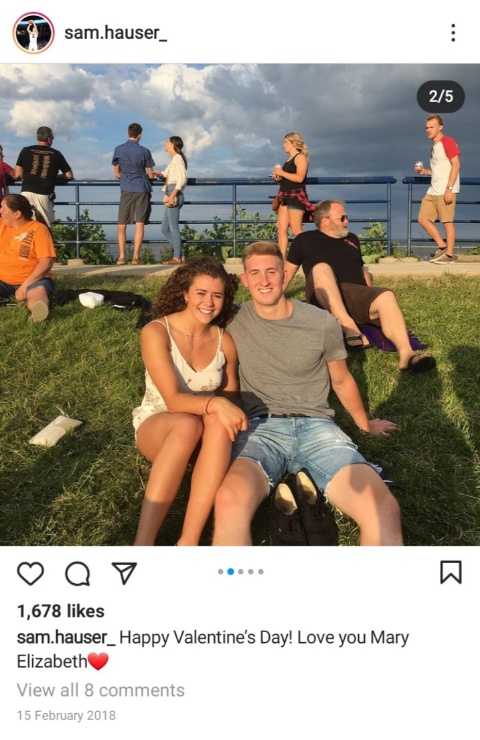 On Valentine's day, 2018 Hauser went public with his love for Dodge posting a series of pictures of him and his girlfriend. "Happy Valentine's Day! Love you Mary Elizabeth," wrote the former Cavaliers' no 10.