Professional Sri Lankan cricket player Sadeera Samarawickrama plays for the Sri Lankan national teams at both national and international levels. He is an outstanding wicketkeeper-batsman who plays in the middle order. The right-handed batsman was part of Sri Lanka's squad for the 2014 ICC Under-19 Cricket World Cup. In limited-overs cricket, Samarawickrama has routinely set his teams off to fast beginnings as an opener.

The passionate cricketer was interested in becoming a cricket player from an early age, and at his young age, he used to impress people with his performances. No doubt, he has made quite a name for himself at such an early age. With his skills and performances, he has also won some awards, including the best batsman for the season 2016-2017 at Sri Lanka Cricket's annual awards in November 2017. 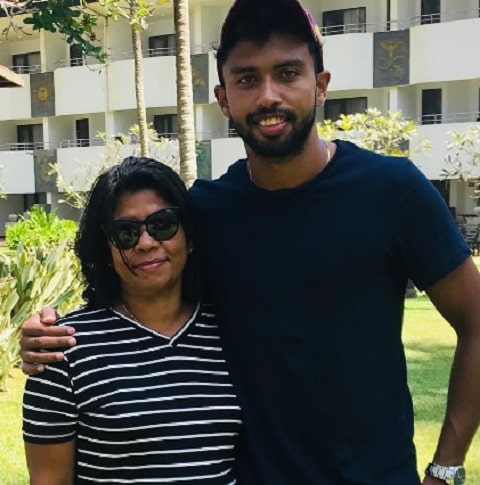 Starting with his domestic career, Samarawickrama participated in the 2016-17 Premier League Tournament and made the most runs, with a total of 1,016 from 10 matches and 19 innings. And in November 2017, he was named the best batsman in domestic cricket for the 2016-17 season at Sri Lanka Cricket's annual awards.

In the same way, he was also a part of the 2017–18 Super Four Provincial Tournament. Some of the domestic leagues in which Samarawickrama participated are the 2018 SLC T20 League, 2019 Super Provincial One Day Tournament, 2021 SLC Invitational T20 League tournament, and the Lanka Premier League. 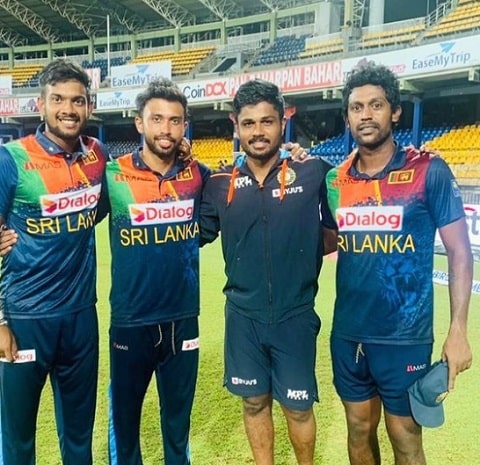 Similarly, he was named in Sri Lanka's One Day Internationals (ODI) team for their series against Pakistan in the United Arab Emirates in October 2017. And his ODI debut came on October 20, 2017, in the game versus Pakistan. Similarly, he has played for the national team in Twenty20 International (T20I). On October 26, 2017, Samarawickrama made his T20I debut in Pakistan, keeping a wicket in the match.

Participating in multiple games, Samarawickrama has also won some titles for his best performances. Back in May 2018, he was one of 33 cricketers to be granted a national agreement by Sri Lanka Cricket ahead of the 2018–19 season.

Coming into his personal life, Samarawickrama is a married man and has a beautiful wife named Thilakshi Gamage. They have been in a marital connection for quite a while now. On February 2, 2022, Gamage posted an image on Instagram on the occasion of their one-year wedding anniversary. So, it can be said that the pair tied the knot in 2021. 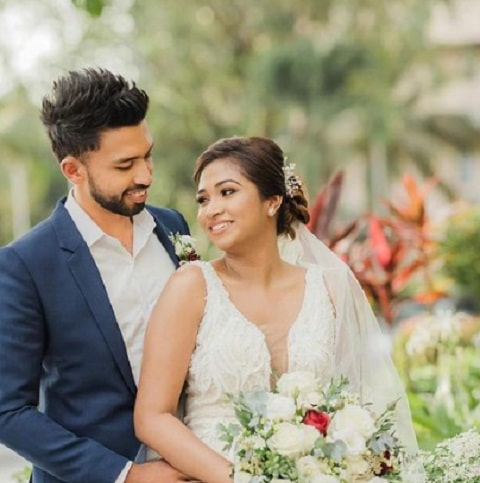 Sadeera Samarawickrama has been married to his wife sin SOURCE: Instagram @sadeera.samarawickrama23

Furthermore, the professional Sri Lankan cricketer has also shared multiple snaps with his partner on his Instagram handle. Not only that, but we can see some of their wedding photos too. Moreover, the lovebirds are deeply in love with each other, and they appear to be going to various places together.

So, to get more updated on their lifestyle, we can follow them on their social media accounts. In addition, Gamage is registered on Instagram under the username @thilakshigamage.

The professional cricket player, Samarawickrama has amassed a decent sum in his professional career. Being a professional player, he has been a part of multiple games representing the national team. So, his net worth is surely in the six figures. But due to the lack of information, we are unable to share his actual fortune.

On the other side, category A is the highest income group, where salary ranges from $60,000- $100,000. So, Samarawickrama may earn in the same range as he has been playing cricket for a long time, and he is also a national player. 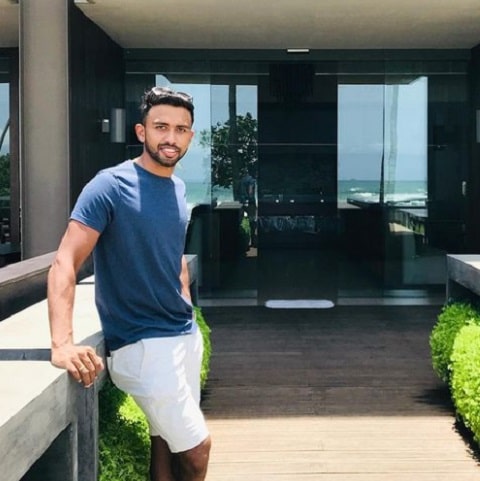 Apart from that, he has also worked with some brands. From this, it becomes clear that Samarawickrama makes money from endorsement deals and sponsorships. According to the Influencer Marketing Hub, Samarawickrama has the potential to earn $152.25 - $253.75 from a single sponsored post on Instagram at the time of this post.

Samarawickrama is an active social media user who is mainly accessible on Instagram, where we can follow him as @sadeera.samarawickrama23. At the time of this writing, he has collected more than 29.7k followers. His IG bio shows that he is a follower of Jesus.

So, Samarawickrama's religion is Christianity. The professional batsman updates both his personal and professional life via his account. He has made multiple posts with his family and close ones. Not only that, but he flaunts his quality lifestyle. 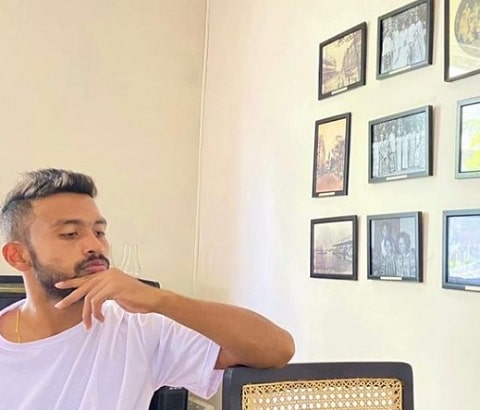