Lahiru Kumara is a Sri Lankan cricketer who most recently played for Kandy Warriors(2021). The right-handed fast bowler also represented the Sri Lankan national team until 2022, against the Indian national team. He made his test debut on 29th October 2016 against Zimbabwe whereas his ODI debut came on 4th February 2017, and that was against South Africa.

Chandradasa Brahammana Ralalage Lahiru Sudesh Kumara, professionally known as Lahiru Kumara, was born on February 13, 1997, in Kandy, Sri Lanka, to his parents. Lahiru's parents' names are unknown as of this writing. His parents' occupations are unknown as of this writing. However, they are Asian in origin and originated from Sri Lanka. Lahiru has likewise kept his brother's facts to himself. 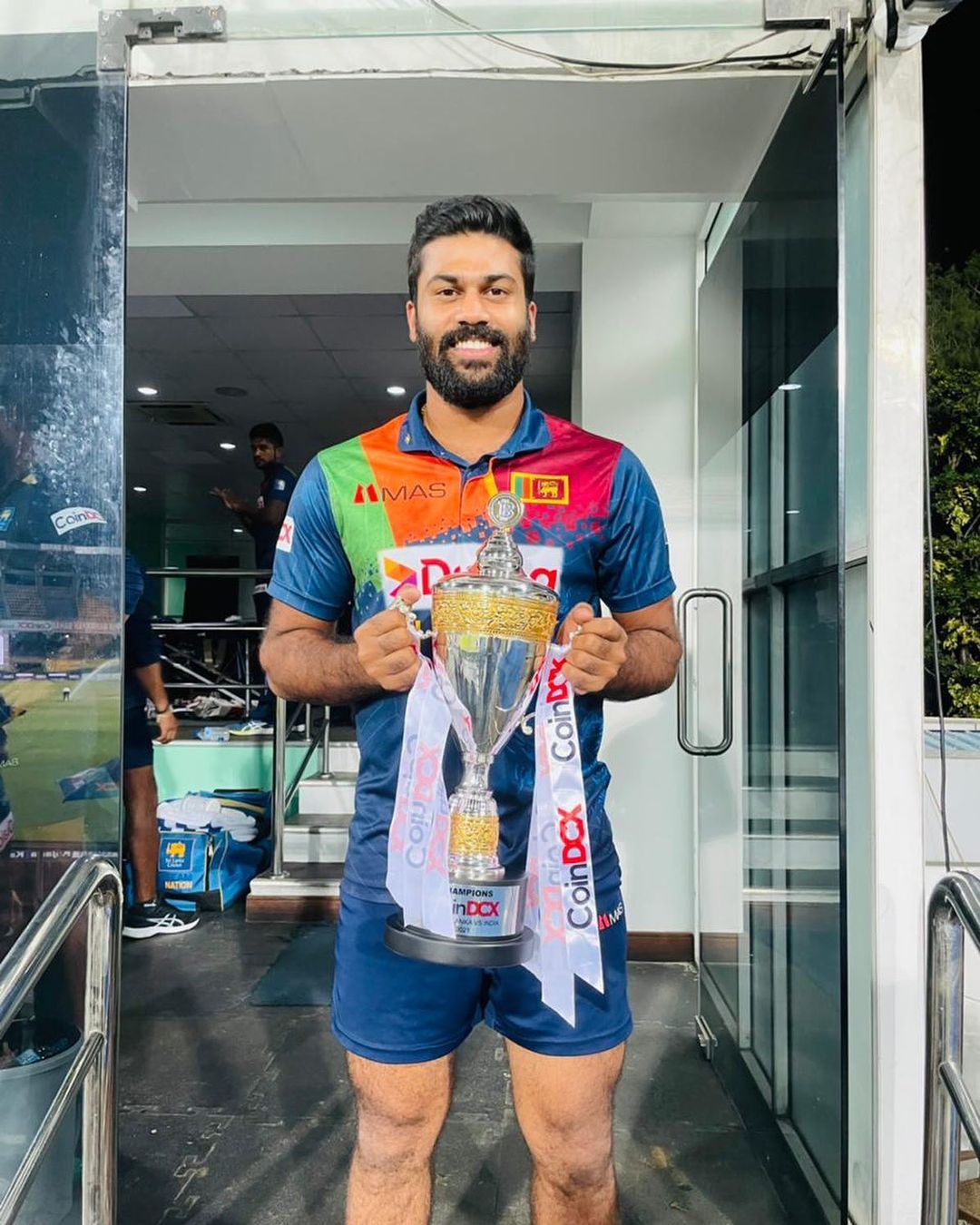 Kumara was a member of Sri Lanka's team for the 2016 Under-19 Cricket World Cup prior to making his debut. Together with bowler Asitha Fernando, he led the Sri Lanka U-19 squad to a six-wicket victory in the semifinals.

On October 4, 2016, Kumara made his first-class debut for Sri Lanka A against West Indies A. On February 24, 2018, he played his first Twenty20 match for Nondescripts Cricket Club in the 2017–18 SLC Twenty20 Tournament. Kumara was selected for Kandy's team for the 2017–18 Super Four Provincial Tournament in March 2018. He was also included in Kandy's team for the 2018 Super Provincial One Day Tournament the following month. Kumara was selected for Galle's team for the 2018 SLC T20 League in August of that year. He was chosen by the Dambulla Viking in the first round of the Lanka Premier League in October 2020. He was selected for the SLC Greens team in August 2021 in preparation for the SLC Invitational T20 League competition. He was chosen in the players' draft for the 2021 Lanka Premier League to play for the Kandy Warriors in November 2021.

In October 2016, Kumara was chosen to be a member of Sri Lanka's Test team for their tour to Zimbabwe. On October 29, 2016, he played in his first Test for Sri Lanka against Zimbabwe. Peter Moor was struck out, giving him his first Test wicket. The West Indies were the third side in the Tri-Series in Zimbabwe, and Kumara was chosen for Sri Lanka's ODI team.

In 2016–17, Kumara received a call-up for the Test matchup with South Africa. He took his first-ever Test five-wicket haul during the second Test at Newlands Cricket Ground. His stats of 6 for 122 ranks second overall in South Africa and are the finest bowling numbers by a Sri Lankan bowler there. Kumara was included in Sri Lanka's ODI lineup in January 2017 for their series against South Africa. At the Wanderers Stadium in Johannesburg on February 4, 2017, he played his first ODI match against South Africa. 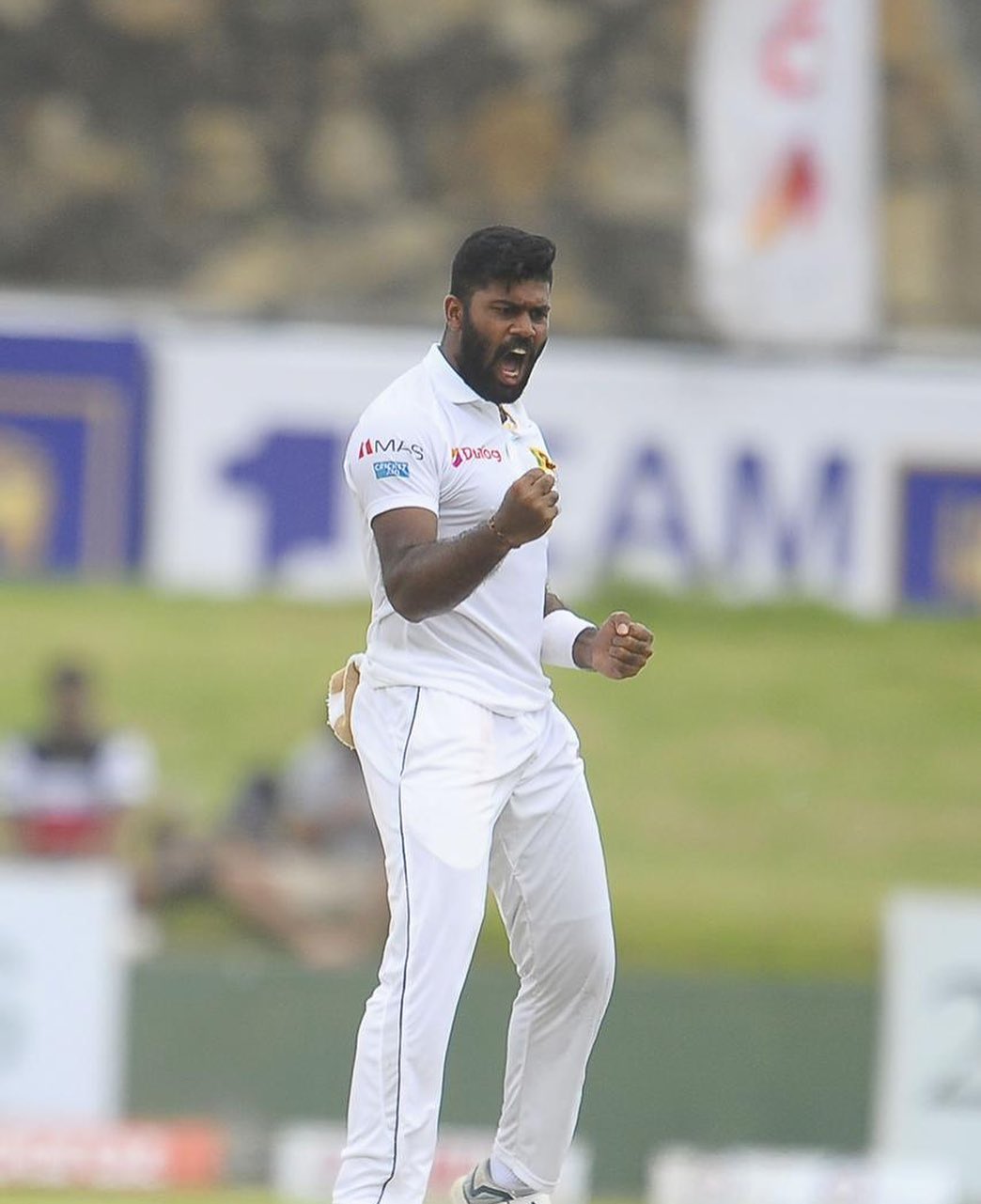 He finished with a total of 5 runs in the game and Quinton de Kock was out for 8 runs, giving him his maiden ODI wicket. Kumara was one of 33 cricketers who received a national contract from Sri Lanka Cricket in May 2018 in preparation for the 2018–19 season. He was included in Sri Lanka's team for the lone Twenty20 International (T20I) game against South Africa in August 2018, however, he was not selected to participate. Due to disciplinary issues, Kumara was dropped from Sri Lanka's Test team for their series against England in November 2018.

For the lone T20I against New Zealand in January 2019, Kumara was selected for Sri Lanka's T20I squad. On January 11, 2019, he played in his first T20I match against New Zealand. Later that month, on day two of the first Test match between Australia and Brisbane, Kumara suffered a hamstring injury. He was therefore disqualified from the South African trip as well as the second Test match in Canberra against Australia. 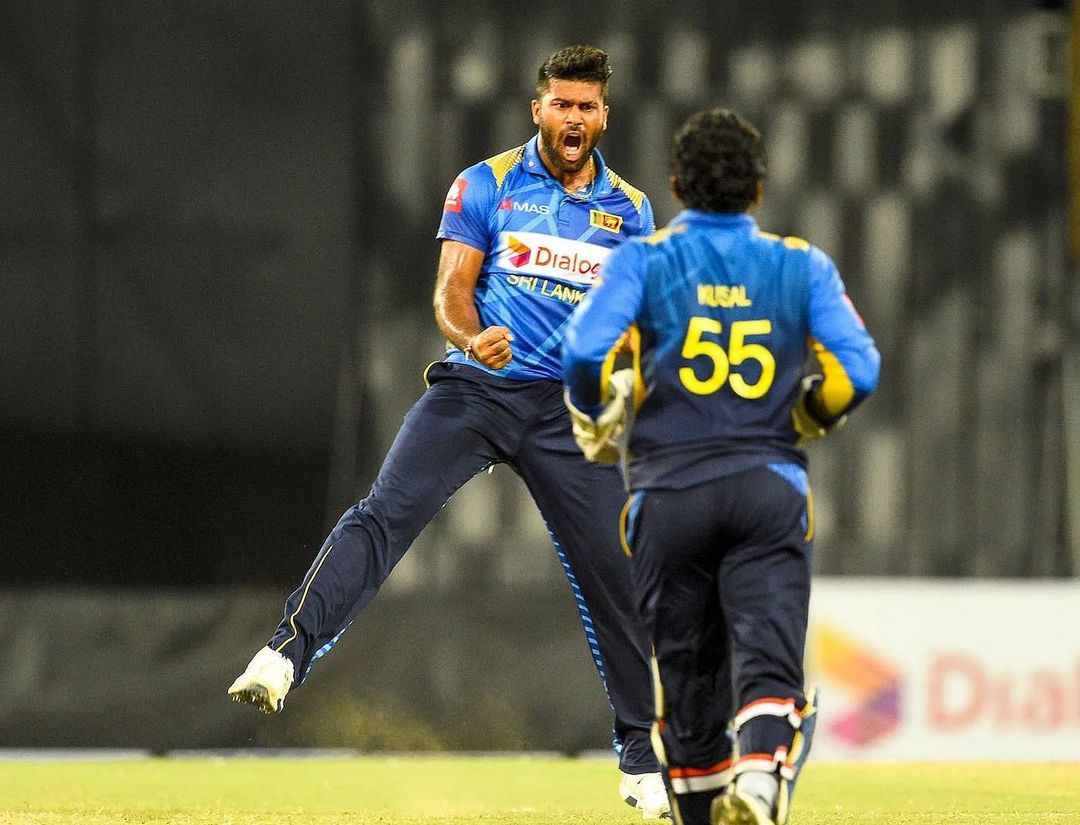 Kumara was selected as one of Sri Lanka's four reserve players in September 2021 for the ICC Men's T20 World Cup. However, he and three other cricketers were later included in Sri Lanka's core 15-man team in October 2021. On October 18, 2021, he took two wickets on his Twenty20 World Cup debut against Namibia, ending the game with stats of 2-9 from 3.3 overs.

Also, Know about the biography, net worth and relationship status of Dewald Brevis

Salary and Net Worth of Lahiru Kumara

Lahiru Kumara's professional cricket career generates considerable revenue. Lahiru has participated in several competitions abroad, and his accomplishments there must have aided in his financial stability. Lahiru earns the majority of his income from performing at clubs.

Lahiru Kumara has a base salary of $35,000 playing for the Sri Lankan national team, including $3,500 per T20I matches, $5,500 per One Day International matches and $7,500 for Test matches. The right-arm fast bowler Kumara is also one of the most important players for Sri Lanka. He also appeared in the ODI world cup which was held in 2019. Lahiru's enormous fortune undoubtedly allows him to lead a luxurious lifestyle. This suggests that his estimated net worth is $5 million. Kumara, on the other hand, is connected to a number of athletic associations. By expanding his firm, Kumara gains money.

Learn the biography, marital status and salary of Tymal Mills

Lahiru is inherently timid and restrained when in an amorous mood. Due to his introverted personality, the Sri Lankan soccer player has kept his romantic relationships a secret. Because Lahiru has never been mentioned as dating anyplace, it is difficult to ascertain his present romantic situation.

Lahiru could be seeing someone else and holding off on telling them till the right time. Due to his ongoing dedication to his job, Lahiru could not have the time to socialize. Despite the absence of information, Lahiru Kumara is no longer dating.