Dasun Shanaka is a Sri Lankan cricketer who most recently played for Dambulla Giants(2022). The bowling allrounder also currently represents the Sri Lankan national team. He is the current limited over captain of team Sri Lanka. He made his test debut on 19th May 2016 against England whereas his ODI debut came on 16th June 2016, and that was also against England.

The Sri Lankan bowling all-rounder has been playing cricket for a while. Dasun works in a variety of sectors in expansion to cricket. He has taken two five-wicket hauls in an innings; one in an ODI match and one in first-class cricket. He led the Twenty20 International team in 2019 against Pakistan, leading Sri Lanka to a 3-0 series victory against Pakistan. Prior to their trip to the West Indies in February 2021, Lasith Malinga was officially replaced by Shanaka as Sri Lanka's T20I captain. Shanaka was also selected as the ODI (one-day international) captain for Sri Lanka's series against India in July 2021.

Madagamagamage Dasun Shanaka, professionally known as Dasun Shanaka, was born on September 9, 1991, in Negombo, Sri Lanka, to his parents. As of the time of writing, Dasun's parents' identities remain unknown. As of this writing, it is unknown what Dasun's parents did for a living. They came from Sri Lanka, yet they are Asian in origin. Dasun has also kept the specifics of his brother's case to himself. 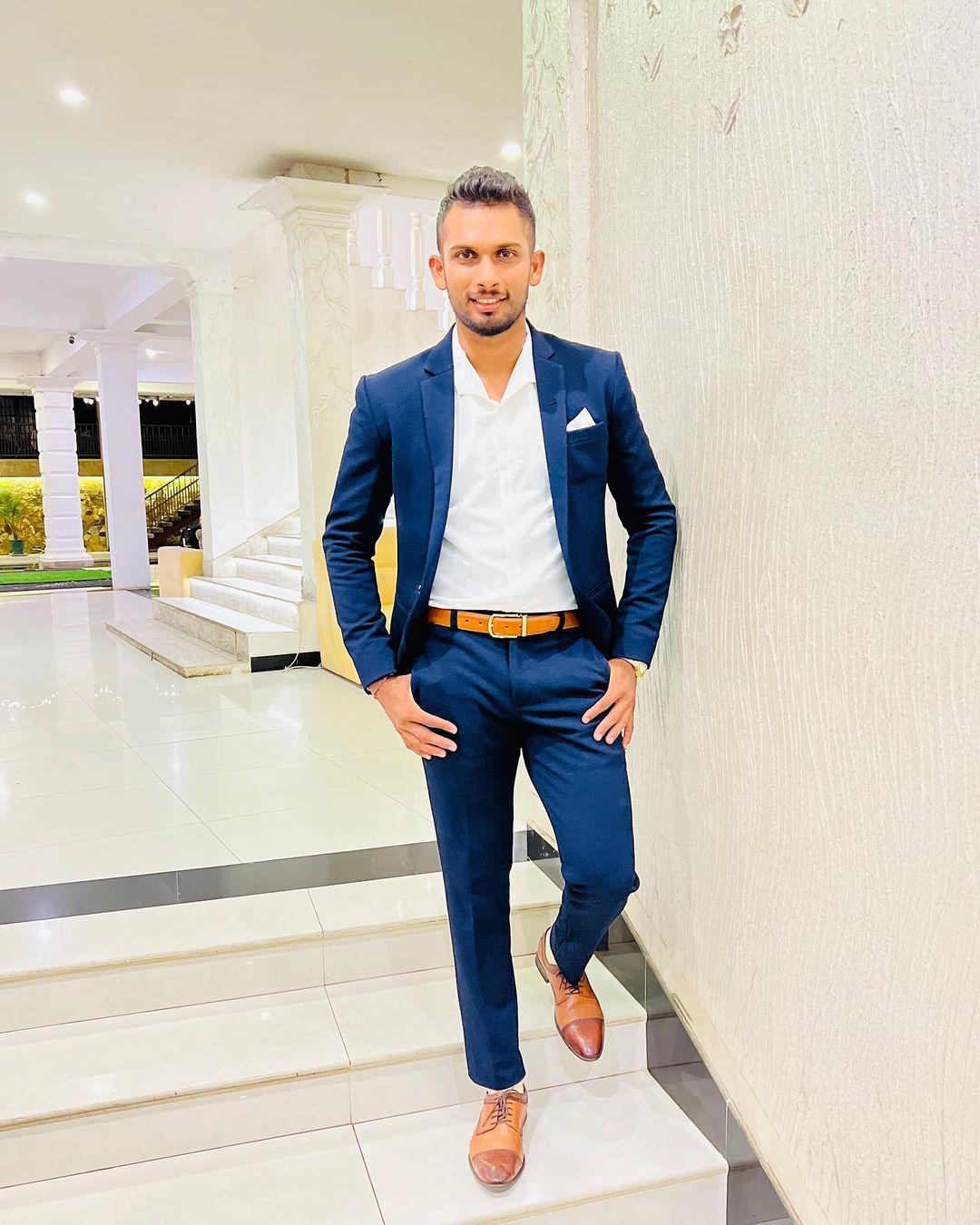 In a first-class match on the tour of England in May 2016, Shanaka struck a century against Leicestershire County Cricket Club. He was appointed the Galle team's vice-captain for the 2017–18 Super Four Provincial Tournament in March 2018. He was appointed vice-captain of Galle's team for the 2018 Super Provincial One Day Tournament the following month. 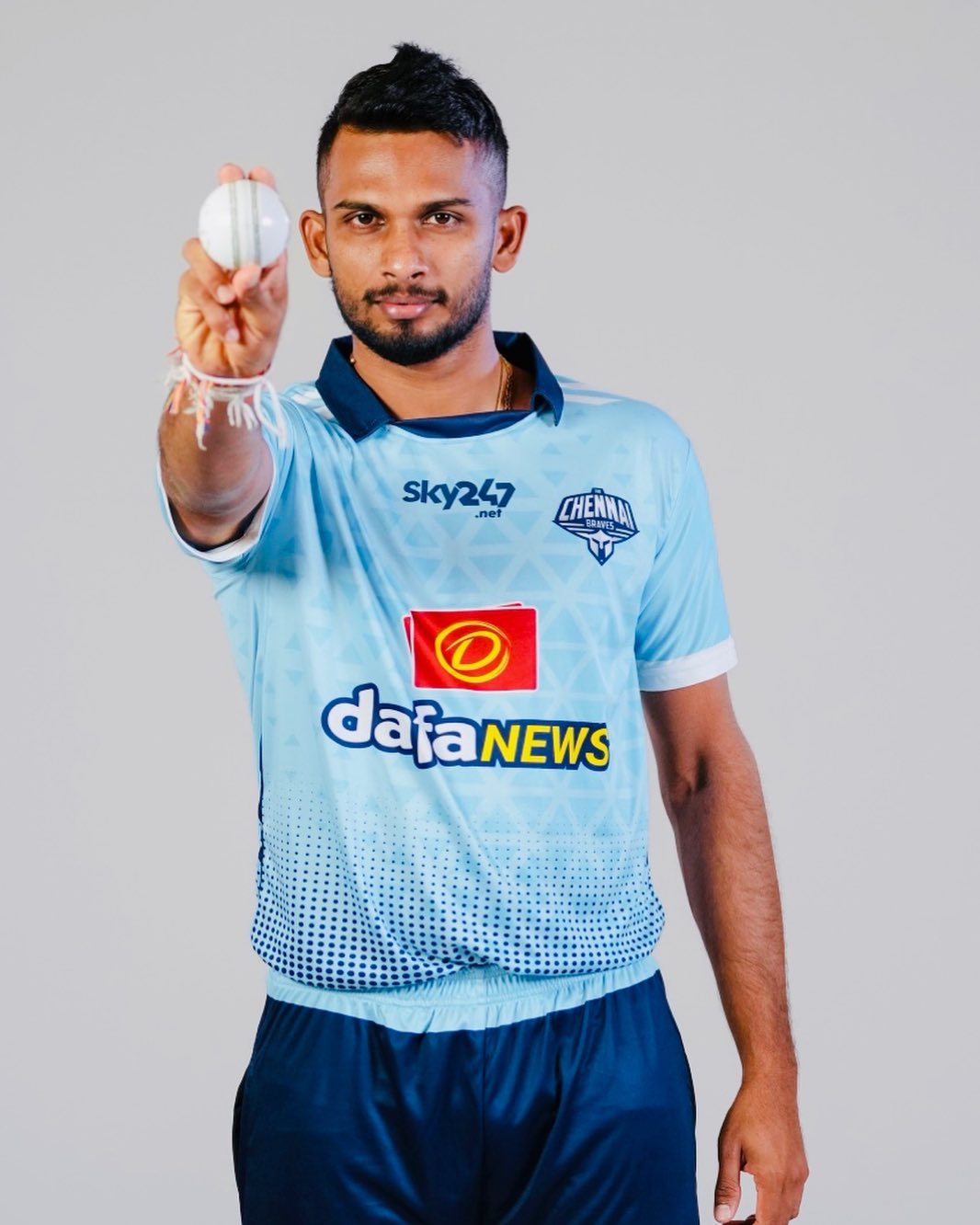 He was chosen on June 3rd, 2018, in the player draft for the first Global T20 Canada tournament to represent the Montreal Tigers. He was included in Kandy's team for the 2018 SLC T20 League in August of that year. With 312 runs in six matches, including a century in Kandy's championship match, he was the best run scorer for Kandy during the tournament.

He was selected to play for Sri Lanka in a series of Twenty20 international (T20I) matches against Pakistan in July 2015. He received his 58th T20I cap for Sri Lanka on August 1st, 2015, when he made his T20I debut. On May 19, 2016, while on the same tour, he played his first Test match for Sri Lanka against England. He was Sri Lanka's 134th Test participant. Alastair Cook, the captain of England, was out for the first time in a test match.

While only scoring 4 runs in the two innings despite taking 3 for 46, Sri Lanka lost the game by an innings and 88 runs. In September 2017, he was re-called for the lone T20I match against India. Shanaka did not bowl in the game and was out LBW for nothing. India defeated its opponent by 8 wickets. Shanaka was found guilty of altering the condition during the second Test match against India. Third umpire and on-field umpires both reported the event to match referee David Boon after it was captured on video. 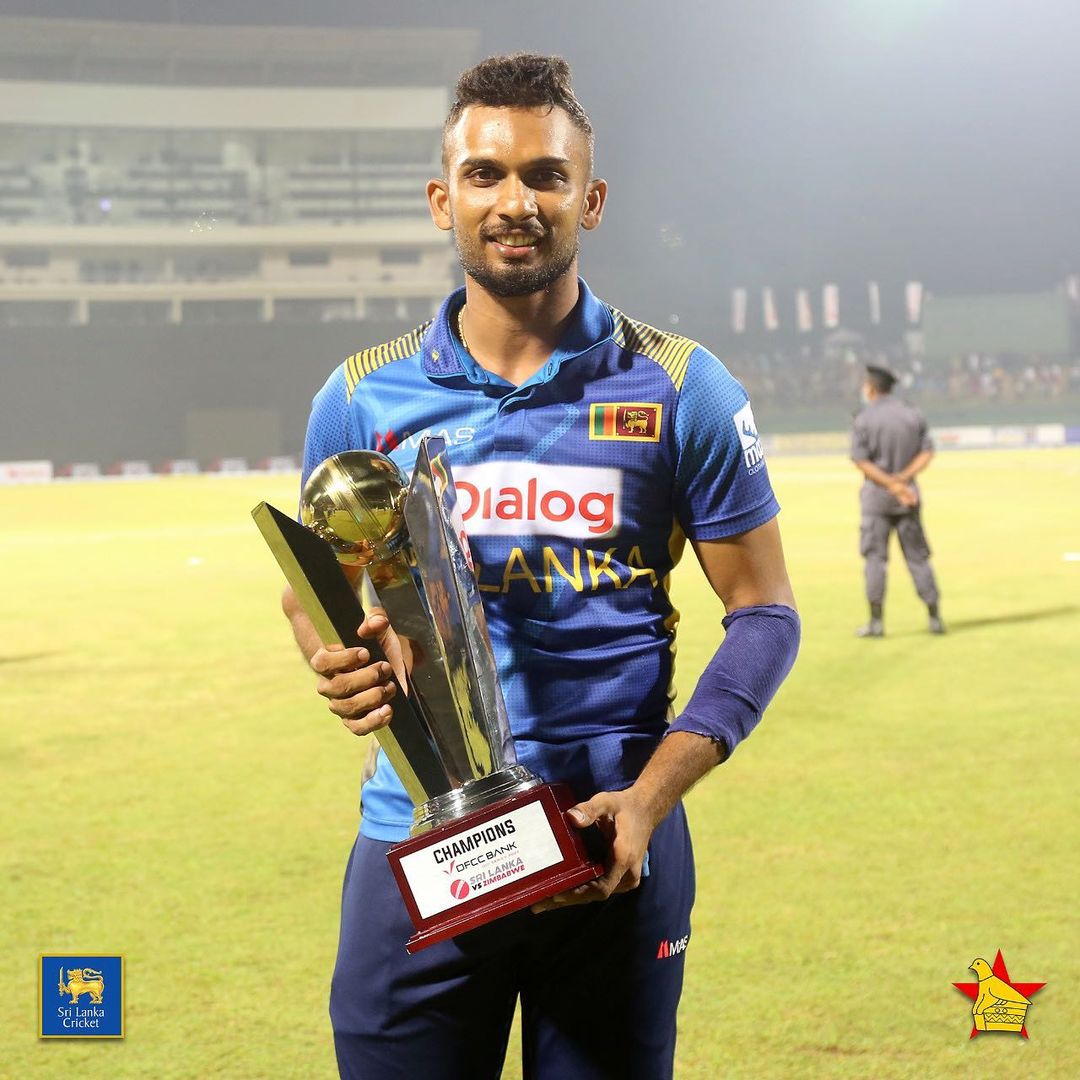 Shanaka was given three penalty points and fined 75% of his match money after being found guilty. He was one of 33 cricketers who received a national contract from Sri Lanka Cricket in May 2018 in preparation for the 2018–19 season. Shanaka was selected to lead Sri Lanka's T20I team for the series against Pakistan in Pakistan in September 2019. Sri Lanka won the first T20I he captained by 64 runs. For the first time in six years, Sri Lanka defeated Pakistan in a 20-over match.

Shanaka helped Sri Lanka defeat Pakistan in all three Twenty20 internationals; it was Pakistan's first whitewash loss and Sri Lanka's first T20I series sweep. Along with MS Dhoni and Michael Clarke, he was the third captain in history to lead his team to a 3-0 T20I victory over Pakistan. Shanaka was once more selected as Sri Lanka's T20I captain in February 2021, this time for a series against the West Indies.

Also, Know about the biography, net worth and relationship status of Nuwan Pradeep.

Salary and Net Worth of Dasun Shanaka

The professional cricket career of Dasun Shanaka brings in a sizable sum of money. Dasun has competed in a number of international events, and his successes there must have contributed to his financial stability. The majority of Dasun's revenue comes from his club performances. 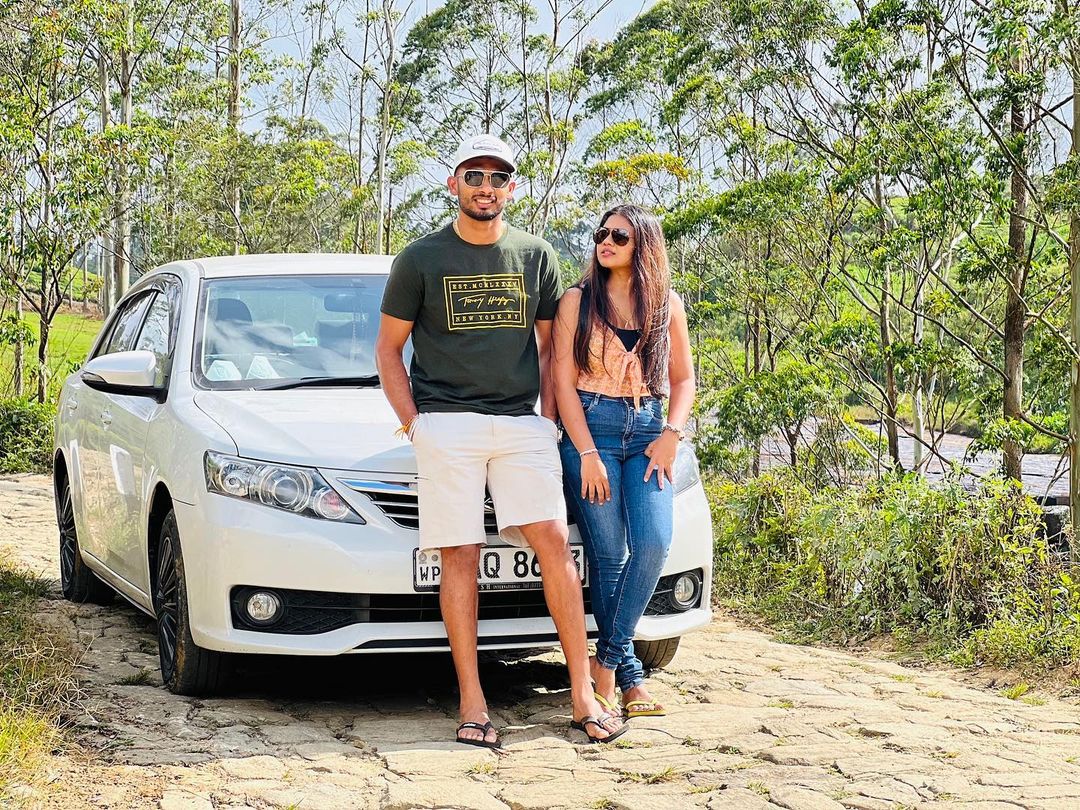 Dasun and his wife posing with their car SOURCE: [email protected]_shanaka1

Dasun clearly enjoys a luxurious existence because of his great wealth. This provides a $5 million estimate for his net worth. While Shanaka is affiliated with several sporting organizations. Shanaka makes money by growing his business.

Learn the biography, marital status and salary of Charith Asalanka.

Indeed, Shanaka is wed to the lovely Chevanthi. Before they were married, the two lovers had a long-term relationship. The Shanaka pair has also begun a family of their own. Shanaka and Chevanthi were hitched on September 5, 2020. Chevanthi is a Sri Lankan national. 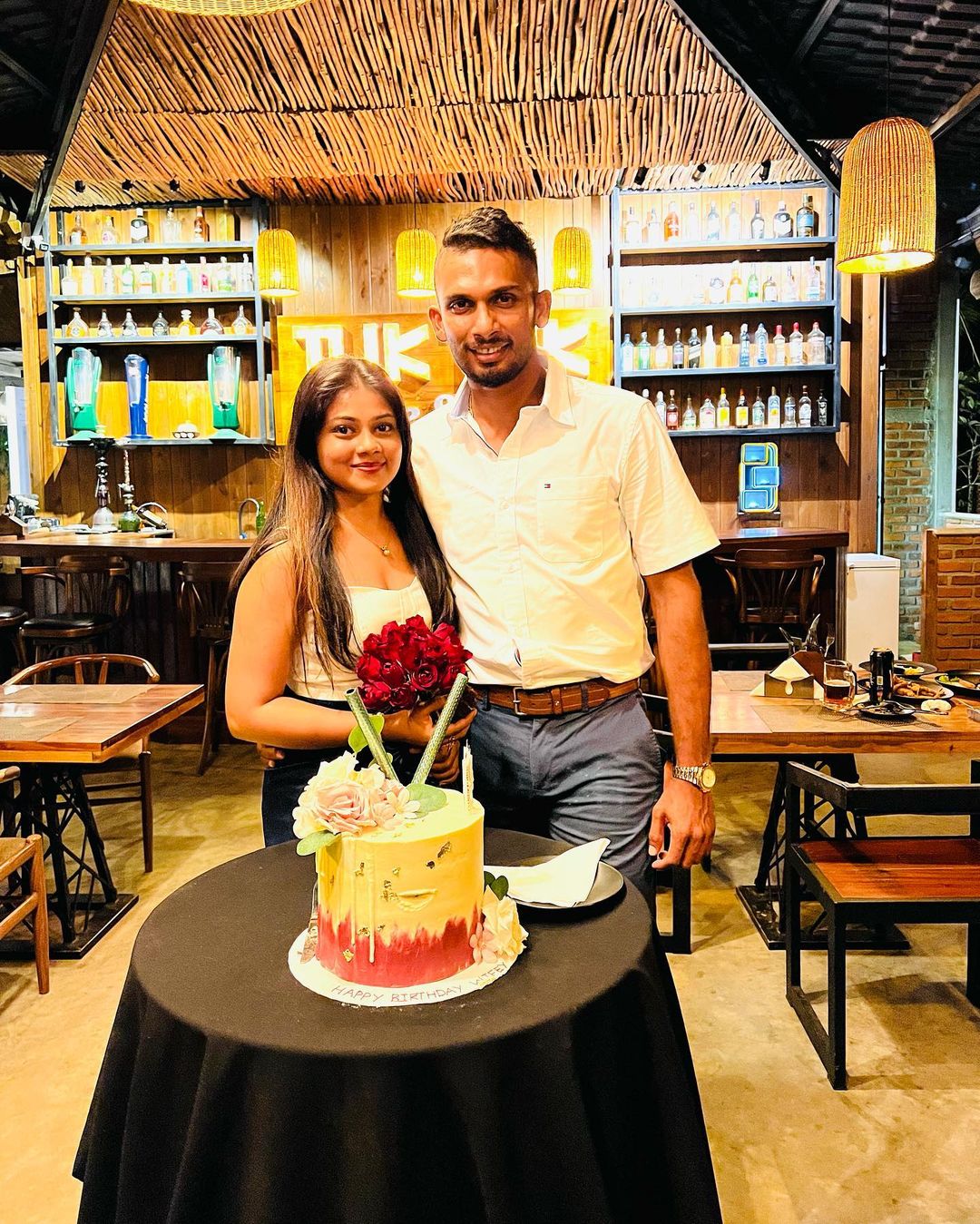 On social media, Chevanthi and Shanaka both share photos from their daily lives. Chevanthi has however kept her account a secret. This makes it difficult to learn about Chevanthi's present existence. A professional cricket player who is married and has children loves spending time with his family. Shanaka's username on Instagram is @dasun_shanaka1, so we may follow him there to stay up to date on his daily activities.