Saddiq Bey is a college basketball player for the Villanova Wildcats of the Big East Conference. The 6-foot-8 forward declared for the 2020 NBA Draft and is projected to be a late first-round pick in the draft.

Charlotte, North Carolina native, Saddiq bey was born on 9th April 1999, under the star sign Aries. The twenty-one-years-old holds an American nationality who came from an Afro-American ethnic background.

How Much Is Bey Projected To Earn If He Goes Drafted In 2020 NBA?

Reportedly, CBS Sports has ranked Saddiq Bey at 16th in the 2020 NBA Draft Prospects Ranking. An intelligent wing player, Bay brings a quality mid-range game with him to college. Bey is one of the most versatile defenders in this year’s draft class, he averaged 16.1 points and shot 45 percent from three for Villanova this past season.

If the young talent goes select in the upcoming draft as per speculation, he will have a tremendous salary of $2,470,700 in the first season and $2,594,300 and $2,717,900 in the 2nd and 3rd seasons. Furthermore, the fourth-year option will bring about a 53.6% increment in the third year contract if he wishes to stay with the team. The minimum period needed to stay is two years. 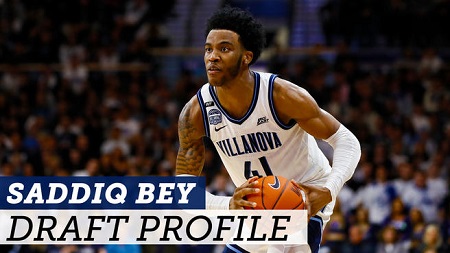 Nowadays, the only things that pop up about Bey in social media and public are NBA Draft Prospect. Currently, Saddiq Bay is at the peak of his career, hence he is much focused on the upcoming draft.

Saddiq Bey was born to parents: Deewana Bey, a high school principal who played collegiate basketball at Charlotte. On the other hand, his mother is a educator.

He enrolled at DeMatha Catholic High School in his freshman year prior to transferring to Sidwell Friends School, attracted to its academics and basketball excellence. 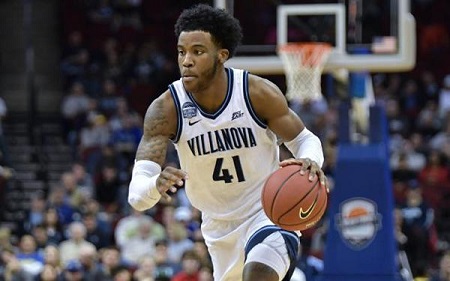 Initially, he committed to North Carolina State on 2nd November 2017, however, he later released from the letter of intent. After visiting Boston College, Wake Forest, and Vanderbilt, Bey agreed with Villanova University on June 15. Villanova coach Jay Wright recruited Bey earlier in high school but started targeting him after Omari Spellman left for the NBA and a scholarship became available.