Lee was born on 23 June 1999 under the star sign Cancer in Pheonix, Arizona alongside his brother Aubry Lee. He is son to Anthonia "Amp" Lee and Natalie Williams. His father played Pro Football for nine seasons who was drafted in the 2nd round and the 45 overall picks in the 1992 NFL Draft.

Saben Lee's Net Worth and Earning in 2020

The 20-years-old is still in his starting career and hasn't accumulated any worth to date but the rising star will soon be earning after his NBA draft. After his NBA Draft, lee will definitely earn in thousands due to his amazing performance and charisma. 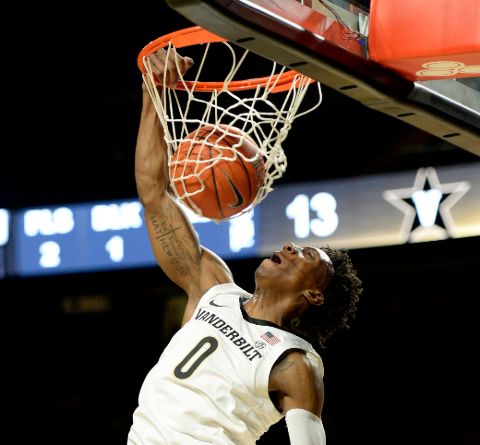 The business major certainly knows what's he is doing in his life and taking corrective measures to ensure his bright future. "I know my story gets better because I know my author." according to his Instagram caption.

Who is Lee Dating?

The 83 Kg lee is dating Shayla Evan who studied Finance, Management & Criminal Justice at the Center for Correctional Solutions Research, Arizona State University. They started dating in January 2015. The two met at the Corona Del Sol in their high school days.

His Instagram might have six thousand followers but he hasn't shared any photos besides his performance in the court. He is pretty secretive about his personal affairs but the couple has been dating for more than 4 years now and there is no information of breakup or controversies.

Lee played and started in all 32 games as a sophomore at the SEC. He led the team with 12.7 points per game. One of the seven major-conference underclassmen in 2018-19 with 400+ points, 100+ rebounds and 100+ assists and the only one in SEC after Terence Davis and Grant Williams.

He scored double digits in all of his 22 games and finished the season ranking in the top 10 in SEC, 8th with 3.9 assists per game, 4th with 194 free throws attempt and 5th with 131 free throws made. He made 16 free throws in the game against South Carolina Gamecocks in SEC play which was the third-most throws made by a Commodore since 1999.