This 6 feet 7 inches tall player has been able to set up himself as the world's famous player. Well, let's go ahead and find out the net worth, relationship status, personal life and career of this player.

How Much Does Grant Williams Earn? His Net worth and Properties

Grant Williams is a young college prospect who still has to draft his name on the NBA. As per our research, there is no fix data on how much does Grant earn from his college. But he gained quite a lot of attention in the college due to his playing career.

Grant has collected 2 degrees from his college and 2 SEC player of the year honor in his case and finally decides to officially declare his name in the NBA draft. His father, Gilbert Williams, confirmed to the News Sentinel on Friday that the former Vol will remain in the NBA Draft.

Grant Williams, 20, is still struggling for his career and he is too young to knot a marital relationship with anyone. Despite his famous personality at the college, he doesn't seem to be in a relationship. Apart from this, the player is also not much active on social media.

As a conclusion, we don't have any concrete information about his relationship status and we hope we will hear the good news from Grant himself. Moreover, the player has not been involved in any kinds of rumor and controversies.

Grant Williams was born on November 30, 1998, in Houston, Texas. Further, he spent his childhood in his home town and completed his high school from Providence Day School. Finally, he completed his college from Tennesse (2016-2019).

Further, Grant holds American nationality. But, unfortunately, we don't have any clue regarding his ethnicity. 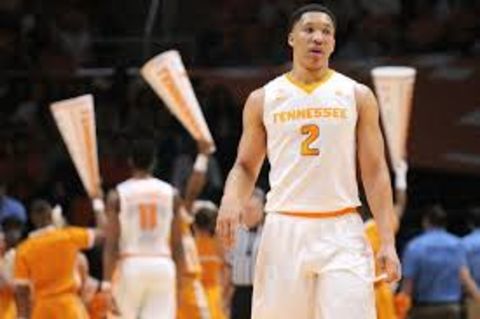 Grant was born to his father Gilbert Williams and his mother. Unfortunately, his mother's name has also not been publicized. Moreover, there is also not concrete details on the player's siblings.

Grant Williams started playing basketball since his childhood. He played as a power forward for Tennessee Volunteers in the SEC league while he was on college and secured two SEC honor awards from the league for 2017-18 and 2018-19 seasons.