Ryan Smith is a well-known American billionaire businessman. He is best known as the executive chairman and co-founder of Qualtrics, an experienced management company based in Provo, Utah, United States. Also, Since 2020, Smith has been working as the owner of an American professional basketball team based in Salt Lake City, Utah Jazz.

Ryan Smith was born S.Ryan Smith in 1977 in Eugene, Oregon. He has not shared a word about his birth date with the media. He is among the two children born to Scott M. Mith and his wife, Nancy Smith Hill. His father worked as a university professor and is one of the co-founders of Qualtrics, and his mother holds a Ph.D. in information systems and is an entrepreneur. Smith has a name Jared Smith. Smith enrolled at Brigham Young University after graduating from High School. 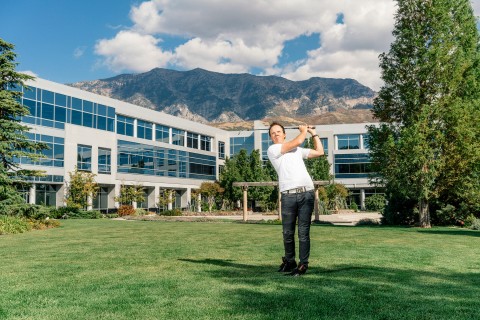 Unlike other billionaire's Smith is not a fan of owning luxurious homes around the states. In 2019, Ryan bought a lavish Newport Harbor Mansion for a staggering $35 Million. The Lavish Mansion accommodates a whopping 90 feet of frontage on Newport Harbor, plus a restort-style backyard that includes a 57-foot, negative-edge swimming pool with inset spa. The condo also includes an all-glass elevator, two wet bars, two kitchens with marble countertops, a sauna, movie theater and mirror-walled gym.

Ryan is a married man living a happy married life along with his wife and his children. Ryan tied his wedding knot with his longtime girlfriend, Ashley Smith. They have been married for more than a decade. They had a private wedding ceremony where they had invited only a few members from both the families and some close friends. 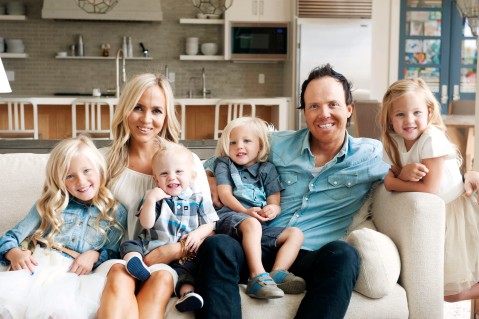 CAPTION: Ryan is the father of five children SOURCE: Fortune

Ryan and Ashley are the proud parents of five children. The businessman initially had his eyes set on buying the Minnesota Timberwolves franchise but it was Ashley who convinced him that it wasn’t a good idea. There is not a single word about his children in the public. He has become successful in keeping his family away from the reach of the media.

Ryan dropped out of school to start working in Qualtrics. However, At the end, he returned back to the university and completed his degree in 2016. Smith co-founded the company along with his father and his brother in 2002. In 2019, Just three days before his company was scheduled for IPO in January 2019, Qualtrics was acquired by German software firm SAP for $8 billion in cash. Smith purchased about $120 million worth of the stock.

In late 2020, Smith earned the majority of stack of the NBA team, Utah Jazz which was approved by the NBA's Board of Governors unanimously. Jimmy Haslam is another billionaire and owner of Cleveland Browns.