Ryan Hatman is an American professional Ice-hockey player wh currently plays the Minnesota Wild of the National Hockey League (NHL). Hatman was originally selected by the Chicago Blackhawks in the 2013 NHL Entry Draft as a first-round 30th overall pick. Additionally, Ryan has previously played for the teams like Chicago Blackhawks, Nashville Predators, and Philadelphia Flyers.

Ryan is in a romantic relationship with his girlfriend, Luren Storhoff. Additionally, he holds a net worth over $2 million which is completely generated by his professional career. Also, he has collected $3,861,181 as entire career earnings.

Interested in Ryan Hartman's life? If yes, below here are the detailed information about his personal life and professional career.

Ryan Hartman Earnings; How much is his Net Worth?

As of 2019, Ryan holds an estimated net worth over $2 million which is solely dependent upon his professional career. Also, he has accumulated $3,861,181 as entire career earnings. Besides, he earns $1,900,000 as an average annual salary.

As per his recent contract with Minnesota Wild, he will represent clubs for 2 years and receive $3,800,000 contract which includes $3,800,000 as a guaranteed amount.

Moreover, he is 14th best-paid player of Minnesota Wild while Zach Parise, Ryan Suter is among the highest earner of the team with an annual salary of $7,538,462 and $7,538,462 respectively. Further, he is also expected to earn additional cash via brand endorsement but the concrete information is yet to be revealed.

Ladies and gentleman... we have ourselves a new driver on the road. Congrats @tanner12_ ??

Exploring his social account, he posted alot of pictures of him along with his car; however, the details about his cars including brand, model and price are still undercover. Likewise, he is enjoying a luxurious lifestyle which suggests that he has collected a massive fortune from his professional career.

Is Ryan Hartman in a Relationship? Know about his Personal Life

Ryan is enjoying a romantic relationship with his girlfriend, Lauren. Reportedly, the couple started their relationship around 2014 and since then the duo is living a happy life without any rumors of their separation in recent time.

Despite being in a relationship, the couple hasn't disclosed the probable date of their wedding. However, they might surprise the world with the news of their marital vows soon. 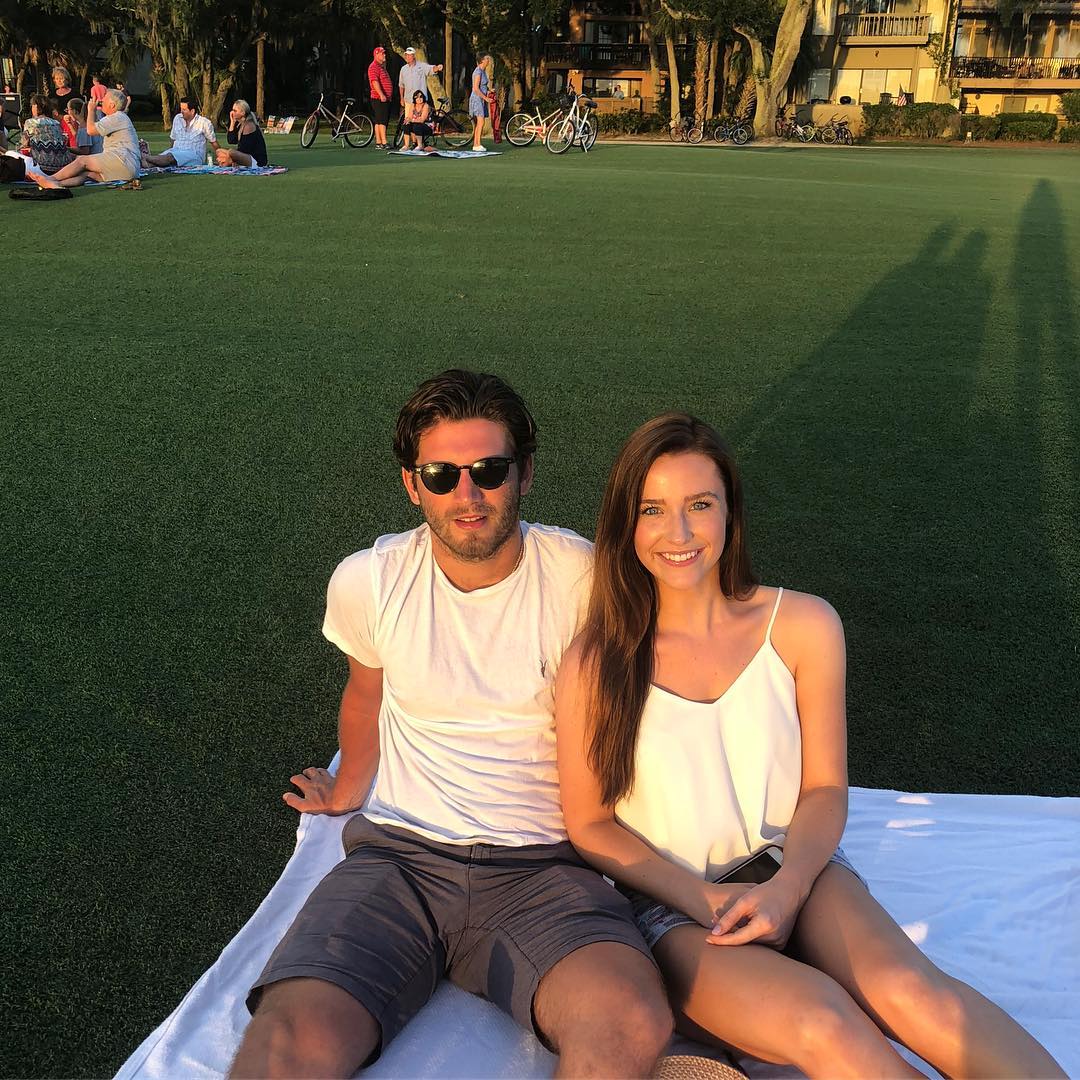 Although we have no information about the duo's relationship history, the couple is enjoying one of the best phases of their relationship as of now. Moreover, they are regularly spotted spending their romantic time together. Apart from the romantic relationship, he has maintained a good bond with his family and friends. 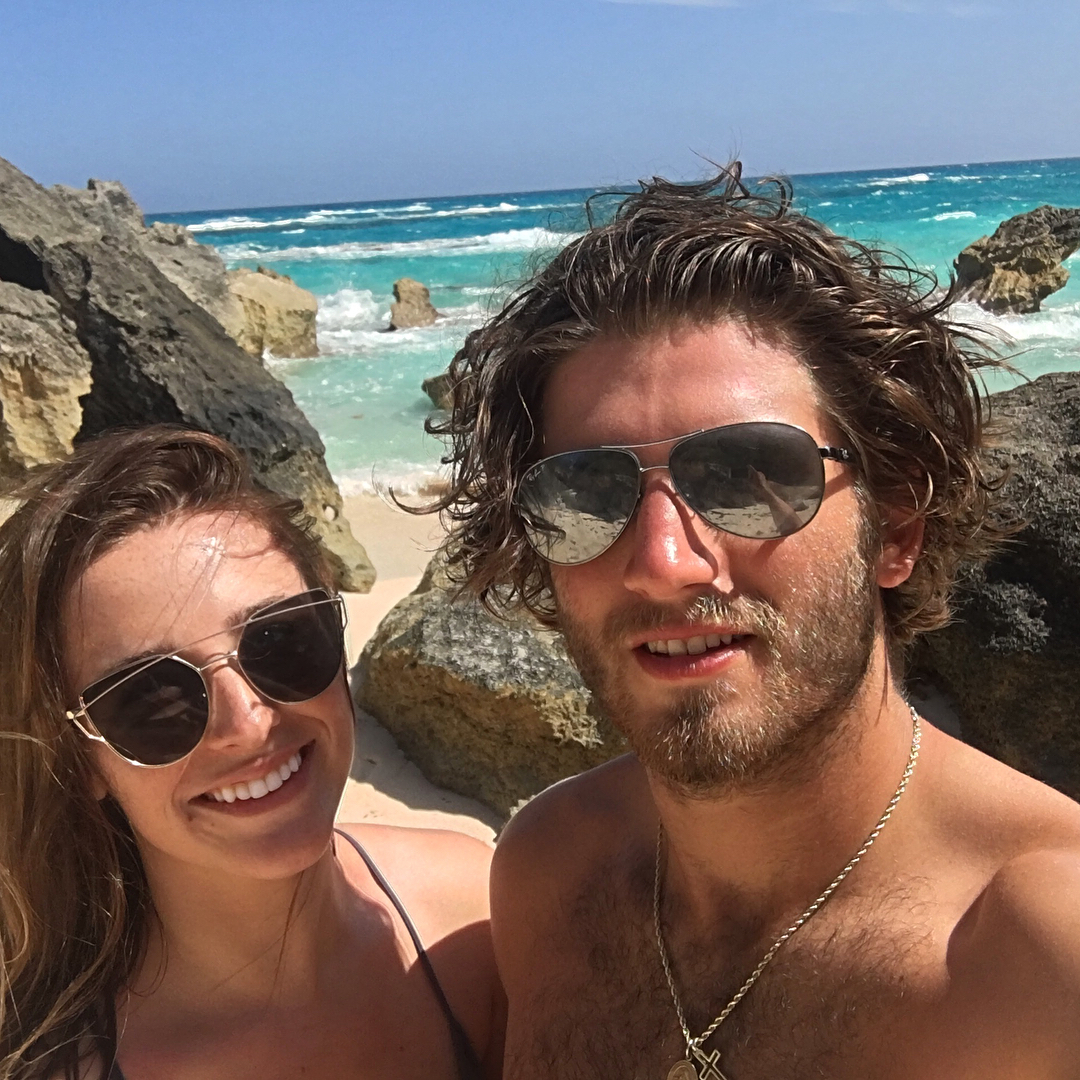 Ryan was born on September 20, 1994, in Hilton Head Island, South Carolina, the U.S. to Craig Hartman and Kim Hartman. Ryan is an American by birth and belongs to the ethnic group of white. Additionally, he was born under the star sign Virgo.

He started his hockey career, playing for the teams like Schaumburg Kings, Crystal Lake Leaf and Chicago Mission where is played along with future Blackhawks teammates Nick Schmaltz and Vinnie Hinostroza. Later, he enrolled at USA Hockey National Team Development Program to develop himself as a professional Ice-hockey player.

As of 2019, Ryan plays for the Minnesota Wild of the National Hockey League (NHL). He was first selected by the Chicago Blackhawks in the 2013 NHL Entry Draft as a first-round 30th overall pick. Ryan has previously played for the teams like Chicago Blackhawks, Nashville Predators, and Philadelphia Flyers.

Hartman made his professional debut on February 13, 2015, against the New Jersey Devils. Furthermore, he scored his first NHL goal against Jake Allen of the St. Louis Blues. As of now, he shares the rink along with his famous teammates such as Devan Dubnyk, Eric Staal and many more.