Ryan Hall is a well-known American mixed martial artist currently fighting for the UFC in its Featherweight as well as the Lightweight division. He is a well-known grappler and practices Brazilian Jiu-Jitsu, and Grappling.

Who is Ryan's Wife?

Ryan Hall is married to his wife Jen Hall, who is a Brazilian jiu-jitsu trainer. They are together since 2008 and tied the knot in December 2014. 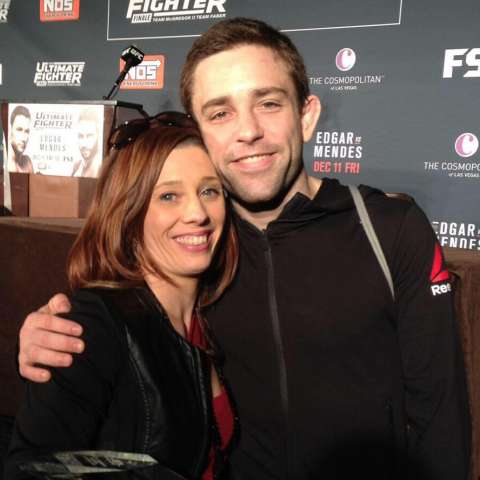 His wife is a black belt in jiu-jitsu and is a trainer at Fifty/50 Jiu-Jitsu, a school for martial arts. The couple is the parents of their only child Sean Christopher Hall born on 22 August 2018. Hall revealed in the media that his UFC debut was not for money but because his wife wanted him to.

Ryan Hall was born on February 22, 1985, in Arlington County, Virginia, U.S, and showed an early interest in Grappling and self-defense.

He attended Manhattan College in The Bronx, NY, and is a certified Electrical Engineer. Further, he holds an American nationality belongs to the white ethnic group.

He first appeared in a reality TV show The Ultimate Fighter: Team McGregor vs. Team Faber Finale fought against Artem Lobov and was able to win against the GOAT on 11-Dec-15 via Decision (unanimous) in round 3.

On 3rd December 16, he fought Gray Maynard at The Ultimate Fighter: Tournament of Champions Finale and won his second match via a Unanimous Decision in round 3.