Ruslan Malinovskyi is a Ukrainian professional footballer who is signed to the Italian Serie A league side Atalanta as well as the Ukraine national team. Early in his career, the midfielder played for Shakhtar Donetsk and Genk as well as had loan spells with Sevastopol and  Zorya Luhansk.

How Much Is Ruslan Malinovskyi Net Worth In 2021? Salary & Market Value

Ruslan Malinovskyi is married to Roksana Malinovskaua for a long time now. The couple started dating in November 2013. Later three years in September 2016, Malinovskyi and Roksana tied the knot in Prague, Czech Republic. On 13th November 2019, they had their first child, a daughter, Olivia. 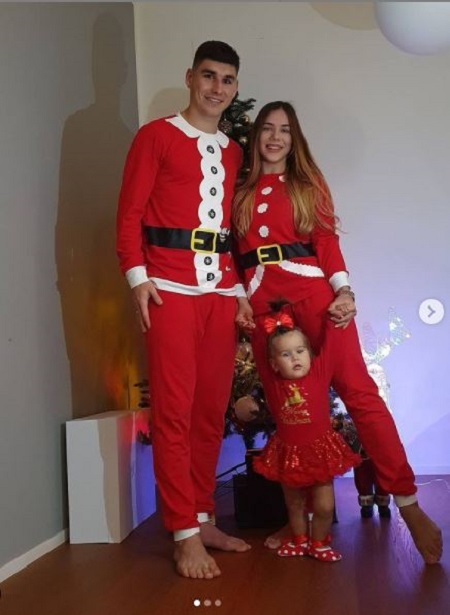 The Malinovskyi family is living a blissful life. The footballer is seen posting adorable family pictures on his IG.

In 2011, Malinovskyi joined a senior team of Shakhtar Donetsk, who sent him on loan to different clubs. He played for Shakhtar-3 from 2010 to 2012, appearing in 39 matches with 10 goals. He made no appearances for Shakhtar's first team.

He spent the 2012-2013 season on loan with Sevastopol. In 2014, he went on loan to Zorya Luhansk, where he became a main player in the team. Playing for the Zorya Luhanska, he scored two goals for the UEFA Europa League against Belgian side Charleroi. On 1 January 2016, he was loaned to Belgian side Genk until the end of the season.

On 16 July 2019, Malinovskyi joined Atalanta for a reported transfer fee of €13.7 million. On 22 October 2019, he scored his first goal for the club in the UEFA Champions League game against Manchester City.

At the international level, he has represented Ukraine's U19 and U21 national teams. Since 2015, he is playing for the Ukraine national team and has earned 39 caps with 6 goals.  His national teammates Roman Yaremchuk and Oleksandr Zinchenko.