Ronald Eugena Rivera, simply known as Ron Rivera or Riverboat Roan is a professional American football coach currently serving for the Wasington Football Team of the National Football League (NFL). Before pursuing a coaching career, he was a player who played finished his collegiate career at the University of California, Berkeley and was drafted by the Chicago Bears in the second round of the 1984 NFL Draft. He spent nine years playing for the team being the part of their 1985 team that won Super Bowl XX and retired in 1992.

Fort Ord, California native, Rivera was born on 7th January 1962, under the star sign Capricorn. He holds an American nationality and is of Puerto Rican and Mexican descent. The fifty-eight years old stands 6 ft 3 in (1.91 m) tall and weighs around 235 lb (107 kg).

How Much is Ron Rivera Net Worth?

Ron Rivers is currently under a five-year contract with Redskin. Though the media is yet to cover contract worth or Ron's salary, his salary is no less than the seven-digit figure. It's estimated the average NFL head coaching salary is roughly $6 million to $7 million. 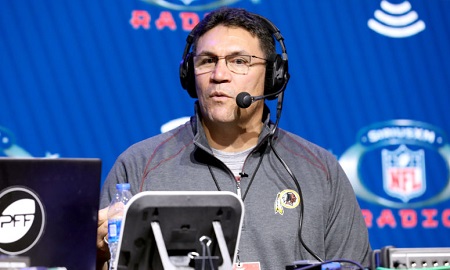 As of 2020, his net worth is approximately $10 million. During his prime career coaching for the Carolina Panthers, Ron Rivera's annual base salary was $7 million. Also, he was listed #6 in the highest-paid coaches in the NFL in 2018.

Most recently, Ron scored a $2.2 million estate in Great Falls, Va., as he continues to shuffle his property portfolio. The house features five-bedroom.

Rivera is married to Stephanie for a long time now and shares two children together, Christopher and Courtney. The couple met in August 1983 in University of California, Berkeley where Stephanie was a scholar-athlete on Cal's basketball team and was coaching young players around the country at a summer camp. 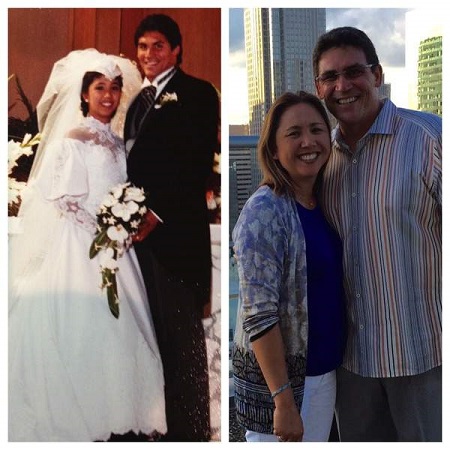 Ron Rivera and his wife, Stephanie then and now SOURCE: Heavy.com

Soon the couple started dating and tied the knot after Ron drafted in 1984. His wife, Stephanie is a Filipino American who as a point guard for the Golden Bears women's basketball team. Later she served as a coach for the sport, including the Washington Mystics of the WNBA as an assistant in 2000.

Ron was born to a Puerto Rican father, Eugenio Rivera who was a commissioned officer in the U.S. Army stationed in California, while his mother, Dolores is of Mexican descent. He has three brothers, Steven, Michael, and John.

The family often moved due to his father's military service, with Rivera being educated in military bases in Germany, Panama, Washington, D.C., and Maryland. Eventually, the family settled in Marina, California. There he enrolled at Seaside High School where he started playing football before graduating in 1980.