Daniel Marc Snyder, a.k.a. Daniel Snyder is an American businessman who is known for owning the majority of the National Football League (NFL) team, Washington Redskins. He purchased the Redskin in 1999 from jack kent Cooke's estate. Moreover, he is the founder of Snyder Communication.

Silver Spring, Maryland native, Snyder was born on November 23, 1964, under the star sign Sagittarius. He holds an American nationality who came from a white ethnic background.

How Much Is Redskin Owner, Daniel Snyder's  Net Worth?

Intially, he earned a great deal of money with marketing business, Snyder Communication, which he began as a college dropout. In 1996, he took the company public and later two years he sold it to French company Havas for $2.1 million in stock.

Prominently, he scored the NFL's Washington Redskins in 1999, borrowing $350 million to do so. As of 2020, it worth $3.4 billion. Notwithstanding longtime controversy due to the team name's Native American origins, he refuses to change the Redskins' name. 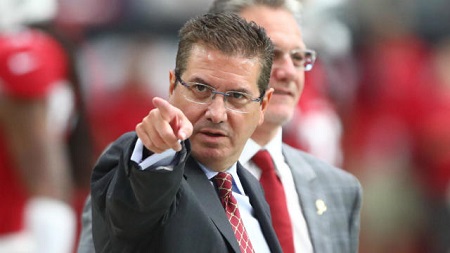 Earlier, he owned expansion rights to an Arena Football League team for the Washington D.C. market prior to the demise of the first league in 2009. Moreover, he also purchased 12% of Six Flags Entertainment Corporation, where he had been Chairman until the firm went bankrupt in 2009. He lost all his investment over the Six Flags.

Additionally, he also owned Dick Clark Productions, from 2007-2012. What's more, he 2006, he launched Red Zebra Broadcasting company, where he is still a BOD through RedZone Capital Management sold the company to Sun Capital Partners in 2013.

Dan Snyder has invested millions of dollars in real estate. In July 2019, he listed his mansion on the Potomac for $49 million. The approximately 30,000-square-foot main house has two solariums. It features five bedrooms also a wine cellar, a library, and a full restaurant-grade kitchen for entertaining. 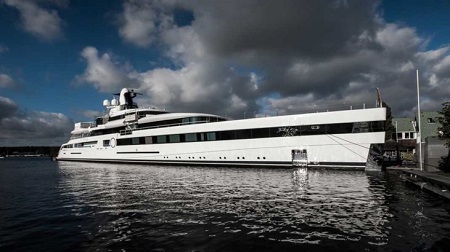 Is San Snyder Married? Know about his Wife

Sam Snyder is married to Tanya Ivey. The couple tied the knot on April 30, 1994, in a private ceremony. The couple has three children: Tiffanie, Brittanie, and a son Gerry. 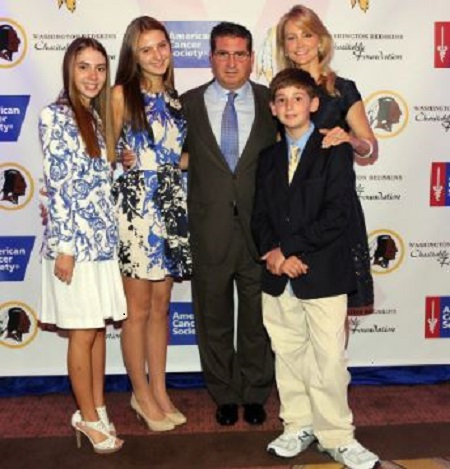 Daniel Snyder with his wife and children SOURCE: Washington Post

Tanya is a Southern belle who is a former cheerleader, model as well as a former clothing representative who earned six figures. She spent her first date with Snyder brainstorming about the perfect new company.

Now, she is a national spokesperson for breast cancer awareness. In May 2014, Snyder and his wife Tanya received the Charles B. Wang International Children's Award from the NCMEC.

Daniel Snyder was born in a Jewish family to Arlette and Gerald Seymour Snyder. His father was a freelance writer who served for United Press International and National Geographic.

Synder enrolled at Hillandale Elementary School. At age 12, with his family, he relocated to Henley-on-Thames, a small town near London, where he attended private school. Later two years, the family returned to the United States, and he lived with his grandmother in Queens, New York. When he was 15, his family moved back to Maryland, and Synder graduated from Charles W. Woodward High School in Rockville, Maryland.