Robin Quaison is a well-known Swedish professional football player. He has been playing at the professional level since 2011. Robin currently plays as a forward for the Bundesliga, Mainz 05, representing Sweden in international matches. Quaison wears the no. Seven jerseys while playing for the Mainz 05 team.

Robin Quaison was born Robin Kwamina Quaison on October 9, 1993, in Stockholm, Sweden. He was born to a Ghanian father and a Swedish mother. Robin rose to fame only after his successful career so, much about his early life is under the radar. Quaison stands five feet and eleven inches tall and weighs 77 kg.

At the age of four, Quaison joined AIK's youth team and started training with the club. He trained with the team until 2012 and made his professional debut in April 2012.  He scored his first goal on 20 May the same year, in a 5–2 victory against IFK Norrköping. In September 2012, Robin made his debut in the Europa League against Napoli. In 2011, He was loaned to Vasby United and played seventeen games, scoring eight goals.

The Swedish football player played for three seasons and appeared in fifty-one games and scored in seven games until 2013. In July 2014,  Quaison moved to the Serie A club Palermo, signing a three-year contract. However, few premier league clubs were also interested in signing him. Therefore, after playing with the team for the three-season, Robin signed a 4.5-year contract with Bundesliga side Mainz 05.

Since joining Mainz, Robin has appeared in 123 games for the team and scored thirty-one goals. Also, Quaison has represented Sweden in U19, U21, and senior teams. He made his U19 debut in 2012 and played two games. In 2013, Quaison made his debut for the Swedish national football team against North Korea in the 2013 King's Cup. In 2015, Robin was part of the Sweden U21 team that won the UEFA European U-21 Championship. Quaison scored five goals as Sweden qualified for Euro 2020.

How Rich is Robin Quaison? Know About His Salary, Contract, and Net Worth 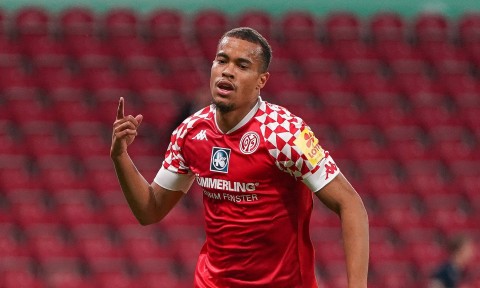 Robin is very much early in his career. His contract with the German club is set to expire in mid-2021, and the subject of transfer rumors linking him with a move to Burnley, Spurs, or to Seria A Clubs in the summer is at its peak. Burnley is going for an £8 Million transfer fee.

The Swedish International is at the peak of his career and is reported to be single. Robin seems to be focused on his career rather than spending time with people. He has successfully kept his personal life away from the reach of the media.