Roberto Pereyra is a well-known footballer hailing from Argentina who plays for Serie A club Udinese and the Argentina national team. The footballer mainly plays as a midfielder, and he can also take the position of forward. Currently, Pereyra wears jersey number 37 in his squad.

Pereyra's major income source is from being a professional footballer, and he joined his current team, Udinese, for an undisclosed fee. According to Salary Sport, Pereyra's salary in his current squad is £23,000 per week and £1,196,000 per year. 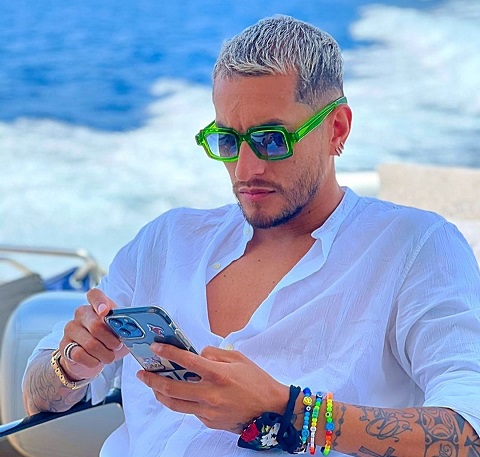 On July 1, 2015, Pereyra signed a permanent deal with Juventus, and the deal was €15.00m. In the same way, he also played for Watford signing a massive contract of €13.50m. Having such huge earnings, Pereyra indeed enjoys a net worth that may be in the six figures.

Pereyra enjoys a good life with his wife and their kids. As per some online sources, Pereyra is a married man, and his wife is Maria Carolina. It is reported that the pair have shared the bond of a husband and a wife for a long time. Roberto Pereyra has a happy family of his own  SOURCE: Instagram @maxipereyra37

Exploring their social media posts, we can say that they are fun-loving couples who often explore different places together. Meanwhile, they are not only married but also have started a family of their own. Pereyra's Instagram post hints that they are blessed with two children, both sons.

The name of their one child is Maxi Jr. We can follow Pereyra on Ig as @maxipereyra37.

The San Miguel de Tucuman native began his football career after joining the River Plate team, where Pereyra spent most of his early days. On August 30, 2011, Pereyra moved to Udinese, and after making 84 game appearances, he was loaned to Juventus on July 25, 2014.

Furthermore, Pereyra also had a professional deal with the team, and on August 19, 2016, he signed a contract with Watford. On September 28, 2020, Pereyra came back to the Italian side of Udinese. Talking about his international career, he plays for the national football team of Argentina. Roberto Pereyra in one of his games  SOURCE: Instagram @maxipereyra37

More on His Parents & Family Background

Roberto Maximiliano Pereyra was born to his parents, Leonides Pereyra and Rosa Toledo, on January 7, 1991, in San Miguel de Tucuman, Argentina. Pereyra shares a strong bond with his mother, and he has also shared some snaps with her on IG. 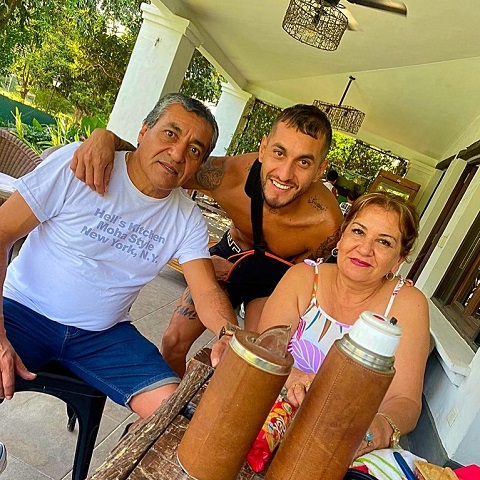 Moreover, Pereyra holds an Argentine nationality, and his height is measured at 6 feet 0 inches (1.82 m).