Roberto Bautista Agut is a Spanish Professional Tennis player who has won 9 ATP Singles. He is the 10th Spanish player in history to have won a match in a Davis Cup final. He reached the semifinals of the 2019 Wimbledon Championships which is his best result in the major tournament so far but has played the final the 2016 Shanghai Masters having lost the title to Andy Murray.

The Spanish tennis star Roberto was born in Castellón de la Plana on 14 April 1988. He was born to Joaquin Bautista and Ester Agut. He is also a football maniac who played for Villarreal C.F. until he was 14. He started playing at 5 after his mother enrolled him at a tennis academy.

Roberto Bautista Agut's Net worth in 2020

The 2019 Qatar Open champion, Roberto has not won any major tournament so far but has claimed 9 ATP titles. He has earned prize money of $12,067,808 from his tennis career. Roberto has a staggering net worth of $5 million as of 2020. Currently, he is competing in Australia Open that has prize money worth $4.85 million for the winner.

The Spanish tennis star also gets benefits from endorsement and sponsorship deals with reputed brands. He is promoting brands like Mizuno Wave and Wilson. Moreover, Agut also has deals with Lacoste, Guinot and many more.

In addition, He is also featured in the cover picture of Xl Semanal magazine but so far his earnings besides tennis has not been disclosed.

Who is Roberto Bautista Agut Married to?

The world no. 9 tennis player, Roberto has already married man. He exchanged his wedding vows with the former beauty queen Ana Bodi Tortosa in Nules in Nov 2019. Roberto and Ana started dating each other since they were teenagers and Anna was often spotted traveling with Bautista Agut on his tennis adventures around the world.

The love birds tied in a knot in Nules, Spain in a extravagant ceremony attended by several tennis stars and athletes. 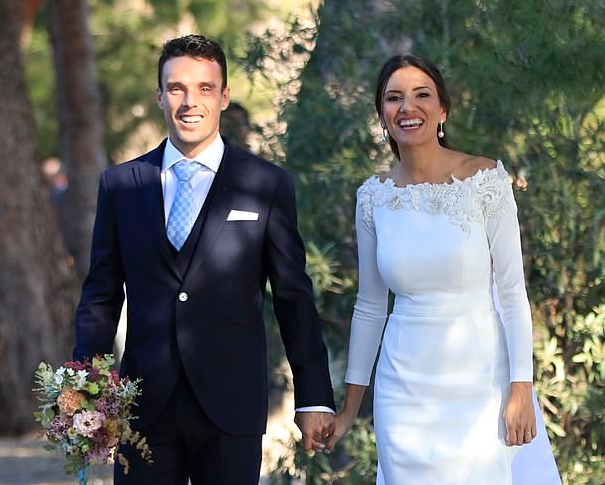 The groom Roberto wore a black suit with a white shirt and tie while his wife Ana appeared in a long white gown.

They quickly shared their happy news on Social media where they were congratulated by other tennis stars including Stan Wawrinka and Filip Krajinovic.

Bautista Agut quit the competition on November 21, 2019, to come home after hearing the news that his father's health had taken radically. Three years ago, Ximo Bautista Roberto's father suffered a major domestic injury which induced him to serious health problems.

Soon after Roberto came back home, his father's just passed away and in one of the interviews he said,

“I made the decision to go home on Thursday and I was lucky to be with my father the last minutes of his life and say goodbye to him and My father would have given me an earful if I had stayed at home.”

Although he was suffering from the mental issue because of the death of his father, he was successful to win a Davis Cup for his nation. His victory in Davis cup made him only the 10th Spanish player in history to have won a match in a Davis Cup final.

His mother also died 18 months ago in March 2018. His mother Ester Agut was an owner of a clothing store in Castellón, Spain.