Riley McGree is a professional football player from Australia who currently plays in EFL Championship, the second-highest English league. He plays in the attacking midfielder position for Middlesbrough. Besides, he is also equally influencing in the defensive midfield position too. He wears the Number 48 Jersey for his team.

Riley Patrick McGree, famously known by the name Riley McGree was born on November 2, 1998, in Gawler, South Australia, Australia. According to astrologers, his birth sign is Scorpio. 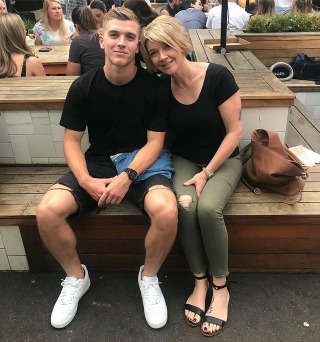 He was born to his mother Sharee Henry and his father Dave McGree. He grew up along with his sister in Gawler, South Australia. He frequently shares his parent's photos on his Instagram expressing his love towards them.

Read: Who is Ihsan? His early career and family Information

He started playing football at the early age of four. In 2002, he joined Hawker Eagles FC. At that time, he was just 4 years old.

Later in 2011, he left the club and joined FFSA NTC and after spending a season there he left for Adelaide United.

How tall is McGree?

His weight is around 72 kg and had short brown hair.

At just 23 years of age,  Riley has already played for English clubs. And in the process, he has earned a pretty good amount by playing. Read: Khalil Bani's net worth and earnings | How much does he earn?

As per sources, the net worth of Middlesborough's midfielder is estimated to be $2 million. His net worth includes all his properties, houses, assets, cars, and other luxurious items.

His major source of income is from playing football for different top teams.

He sometimes shares his cars and luxuries items on his Instagram.

Riley McGree was rumored to be having a close relationship with Jordy Bryce. The alleged couple even appeared in various events together enjoying their moment with each other.

No sources can claim when and where the couple actually started to meet each other, but it seemed they were dating. 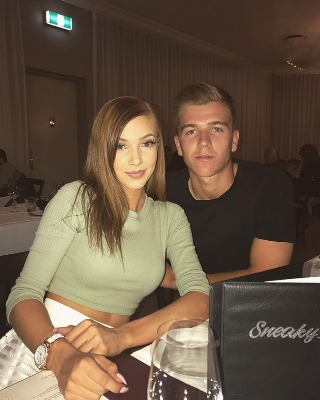 But, as of now, it is not sure whether they are together or not.

He has not been previously engaged or married to.

His Insta id is @rileymcgree where he has more than 22,800 followers. He frequently shares his games, training, and his private life with his fans.