Rickey Nelson Henley Henderson or famously known as Rickey Henderson is an American retired baseball player who holds the record for most steals, runs scored. He was inducted into Baseball’s Hall of Fame in 2009.

Rickey Henderson’s Net worth and Salary

Rickey Henderson was the highest-paid baseball player along with Kirby Puckett for three years with his first contract signed in 1989. He signed a $12 million, 4-year contract with the Oakland Athletics on November 28, 1989. He earned an average salary of $3 million a year from his first contract.

It was reported that he received  $4.5 million from A’s league in 1994. His annual earnings in 1995 was around $4.3 million. During his career, it was believed that Henderson accumulated a vast amount of fortune which was around $44 million according to sources.

Looking at his illustrious playing baseball career, the legendary Rickey Henderson total net worth that he earned over the course of his professional career and other endeavors is estimated in the range of $20 million.

Who is Rickey Henderson's Wife?

Rickey Henderson, 61, is married to his loving wife, Pamela Palmer. The couple tied their wedding knot in 1983 and their marriage is going strong for over three decades. Rickey and his wife Pamela knew each other since their high school days. They both attended Oakland Technical High in the early 1970s and dated each other since then. 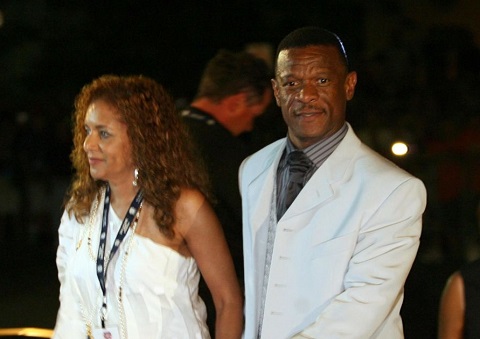 Talking about their first meeting, his wife Pamela said:

“He and his friends were shooting dice in a corner at school, and I just went over and snatched him up and said, ‘You’re not supposed to be here, you’re supposed to be in class. I knew he had math first period, so I made him go to class. We had a lunch date that same day.”

Over the course of their marital life, the pair gave birth to three daughters, Alexis, Angela, and Adrianna Henderson.

He has also been inducted in the New York Yankees Hall of Fame along with players such as Mickey Mantle and Lou Gehrig.

Rickey Henderson was born on December 25, 1958, in Chicago, Illinois. He was born to John L. Henley and Bobbie Henley and was named after singer-actor Ricky Nelson. His father died when he was 7 and his mother married Paul Henderson through which the family adopted the Henderson surname.

He was highly interested in playing baseball since his early childhood days and known as for his speed, this ability made him the All American running back at Oakland  Technical High School. Henderson was a top player baseball player at the junior level and got a good batting average of .716.

He made his debut in the major league with the Oakland Athletics in the summer of 1979 and got two hits and a stolen base. Henderson won the Golden  Glove Award for his defensive skill in 1981 and surpassed the record of legend, Lou Brock 118 stolen bases. He was later traded to New York Yankees in 1985 and later on broke the all-time record of Brock stole bases tally of 939 in May of 1991.

Henderson was later traded to  Toronto Blue Jays in 1993 and won his  World Series Championship for the first time with Toronto Blue Rays. He later went to baseball teams such as New York Mets, Seattle Mariners, Boston Red Sox, Los Angeles Dodgers which has had likes great Tommy Lasorda playing for them.

Henderson finished his playing career with the record of  1406 stolen bases,2,295 runs scored, 2190 walks and registered 3,000 hits in his Major League Baseball Career.

He served as a special instructor to Mets in 2006 and became the team's first-base coach in the following year in 2007. For his remarkable contribution to the American sport of baseball, he was elected to the Baseball Hall of Fame in 2009.

Henderson later has worked with several A’s organization as an advisor on hitting and base running skills to numerous minor league baseball players.