Renne Danielle Montgomery a.k.a. Renee Montgomery is a retired American basketball player who currently is an executive, part-owner, and investor in the Atlanta Dream. In 2009, she won a national championship with the UConn Huskies and 2X WNBA championships with the Minnesota Lynx (2015, 2017).

St. Albans, West Virginia native, Renne Montgomery was born on 2nd December 1985, under the star sign Sagittarius. She holds an American nationality and is of Afro-American ethnic background. Regarding her physique, she stands 5 ft 7 in (1.70 m) tall and weighs 139 lb (63 kg).

How Much Is Renee Montgomery's Net Worth In 2021?

As of 2021, Renee Montgomery's net worth is approximately $3 million. She has earned her wealth widely through her 11 years of playing career. According to the source, her maximum salary for 2018 is $113,000, while playing for the Atlanta Dreams.

Following retirement, she started working as a studio analyst for Fox Sports Southeast's broadcasts of Atlanta Hawks games in 2020. Previously, she appeared on the network as a guest analyst.

In February 2021, Montgomery was part of a three-member investor group that was approved to purchase the Atlanta Dream alongside Suzanne Abair and Larry Gottesdiener of Northland Investment Corporation.

Renee Montgomery is a lesbian and talks about sexuality openly. Currently, she is engaged to Sirena Grace, singer/songwriter from Queens, New York. Her fiancee's musical influences come from her Latin roots and her hip-hop influences from NY. 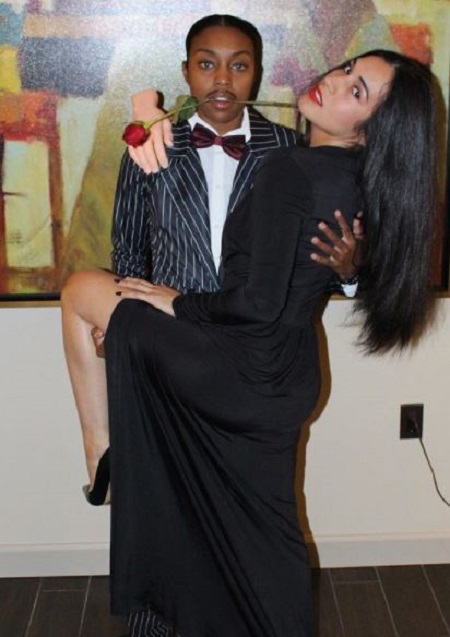 Sirena was first noted as a powerhouse singer in 2018, following a televised rendition of “God Bless America” for the Atlanta Braves of MLB in which news outlets called “powerful and emotional.” Since then, she performs for the NBA Atlanta Hawks, the WNBA Atlanta Dream as well as for the Visa Big Air FIS World Cup.

What's more, Grace has featured how Renne got down on one knee on her debut single' This Holiday's official music video .

After finishing her collegiate career playing for the University of Connecticut, Renee Montgomery was picked by the Minnesota Lynx in the 2009 WNBA Draft with 4th overall in round 1.

Daughter of Ron and Bertlela Montgomery, Renee was a captain each year of her high school career at South Charleston High School and played alongside fellow future WNBA player Alexis Hornbuckle. Besides basketball, she played on the varsity soccer team.

Upon high school graduation, she enrolled at the University of Connecticut where she majored in communications.