Renee Edgar's husband is ranked No. 4 in the UFC Featherweight Championship rankings. Renee is currently living a happy married life with her spouse and children. If you wish to know more about her husband and children just scroll down a little bit.

How Much is Renee Edgar and her husband's Net worth and Salary?

Renee Edgar is not as popular as her husband Frankie Edgar is so it is hard to find her career earnings details as we know nothing about her profession. Edgar's husband is a UFC champion and so far he has made a collective net worth of over $2 million.

Her husband has earned around  $4,063,000 from UFC and his MMA career earnings is reported to be more than $5 million.

Talking about her husband's Frankie's annual salary, he is estimated to be earning around a sum of $635,000 annually. He is among the highest-paid UFC fighters in the world  Fighter os such status earns a good sum from various sponsorships.

The average salary per fight is around $10,000 and if the fighters win the match, the winner will also receive an additional sum of $10,000 as a bonus. Moreover, the fighters are also provided with a sum of $50,000 if their performance is selected for the "performance of the night".

In addition to this, he also owns a luxurious house worth millions. Besides, Frankie Edgar also has a nice car collection. The lovely couple is living a lavish life since their net worth is quite higher.

Who is Renee Edgar Married to? Know about her Spouse and Children.

Well, Renee Edgar is a renowned name as she is the beautiful wife of the famous UFC Champion Frankie Edgar. Renee tied the knot with her boyfriend in a private wedding ceremony on April 12, 2008, which was attended by some of their relatives and family members.

Renee and her husband have a very long relationship since they are said to be together since their high school days. She met her spouse when they both were attending Toms River High School East. They have been in a marital relationship for almost a decade. 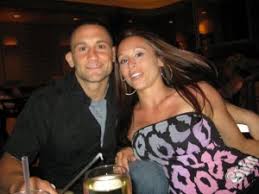 Renee seems to be happy with her spouse as they haven't reported any disputes in their married life despite being together for so long. Edgar and her husband are blessed with three lovely children: Francesco, (January 2009), Santino James(May 2010), and a daughter Valentina, born in June 2014. 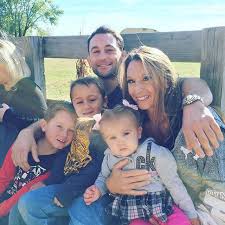 Renee takes care of her children when her husband is busy in his UFC career and she frequently visits his fights. She is currently living with her husband and children in  Toms River, New Jersey.. They seem quite satisfied with each other since there are no signs of divorce yet.

Renee Edgar was born as Renee T. Nappi in Toms River, New Jersey. She holds American nationality and belongs to the white ethnicity. She hasn't shared details about her parents and siblings yet on media. She completed her high school from the  Toms River High School East.

Frankie fought with some of the fierce fighters of the world including Urijah Faber, B.J. Penn, Cub Swanson, and Chad Mendes. He currently competes in the Featherweight division of the UFC. Renee Edgar's husband is ranked No. 4 in the UFC Featherweight Championship rankings.