An American tennis player, Reilly Opelka, who stands 6 feet 11 inches tall, is the joint-tallest ATP-ranked player ever who can serve in the low-140 mph range. A Junior Wimbledon champion, he made his professional debut in 2015 and currently ranked #36 in ATP single ranking.

St. Joseph, Michigan native, Reilly Opelka, was born on August 28, 1997, under the star sign Virgo. Initially coached by Jean-Yves Aubone and subsequently, under Jay Berger, his singles career record is 31–33, and double career record is 4–10 as of November 2019. 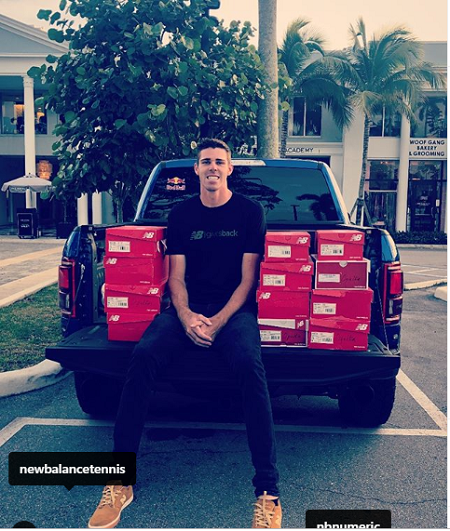 Moreover, his income is also supplemented via sponsorship deals. In 2015, he signed an apparel deal with a Boston-based company, New Balance, and wore its clothing and shoes. Further, he uses Wilson racquet.

Rather than involving in a romantic relationship, the American tennis player is all focused on his career. There is less to no information about his hook up and break up in the socials. Closer to 7ft, he is possibly single as of 2019. 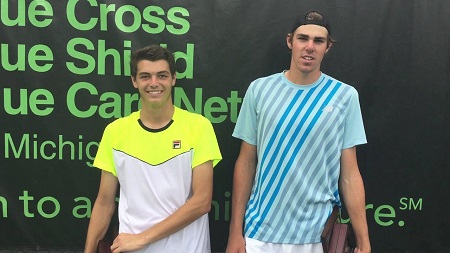 Besides, he is close friends with fellow tennis player Taylor Fritz and was the best man at Fritz's wedding.

Opelka was born to parents: father, George Opelka, and mother, Lynne Opelka, and was raised alongside his sister, Brenna. His uncle, Mike Opelka, is a conservative radio personality. 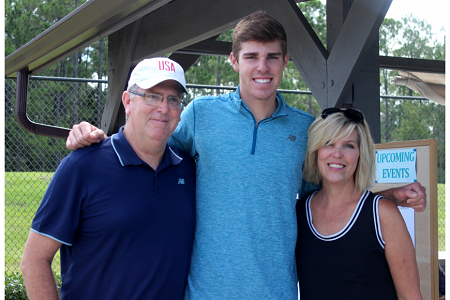 At the tender age of four, he relocated to Palm Coast, Florida, with family. At 17, he began to training through USTA in Boca Raton and credits Mark Losec for much of his early development as a tennis player.

At the 2016 U.S. Men's Clay Court Championship, Opelka made his ATP debut where Sam Querrey defeated him in round one. The following season, he got off to an excellent start to the season by qualifying for the Australian Open and recorded his only ATP Tour-level win of the year over fellow NextGen American Jared Donaldson at the 2017 Memphis Open.

The 2018 season came to be a breakthrough year where Opelka won three ATP Challenger titles, becoming first American to achieve the feat since Bradley Klahn in 2014.

The following season, the hunk created a huge upset when he defeated compatriot John Isner in the first round at the 2019 Australian Open.