Reggie Miller is a well-known American former professional basketball player. Miller started his career in 1987 and played until 2005 for Indiana Pacers. After retiring from basketball, He has been working as a commentator for TNT. Pacers retired his Jersey No. 31 in his honor. Reggie held the record for most career 3-point field goals made.

Reggie Miller was born Reginald Wayne Miller on August 24, 1965, in Riverside, California. He is among the five children born to Carrie Miller and her husband, Saul Miller. His father served in the United States Military. Most of his siblings have been part of numerous sports and well-recognized figures. After graduating from Riverside Polytechnic High School, Miller enrolled at the University of Califonia- Los Angeles. Reggie stands six feet and seven inches tall and weighs 88 kgs.

Reggie Miller has an estimated net worth of more than $80 Million. He has accumulated most of his net worth through his successful career as a basketball player and a sports analyst. The NBA player took home $654,000 from his single season of 1990. Miller signed a four-year contract with the Pacers for a reported $36 million in 1996. 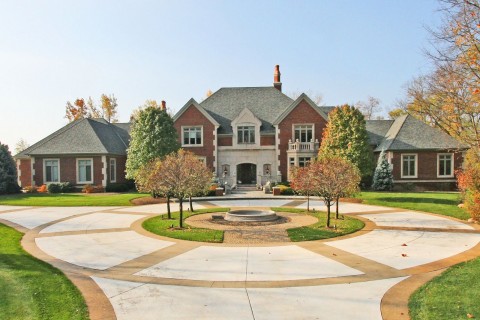 In 2001, Reggie extended his contract with Pacers for five years worth more than $45  Million.  Miller received over $105 million in salary. He played 1,389 games in total.

In 1997, The NBA player's $1 million dream home went up in flames early on the morning of May 15. Several items, including a $45,000 wedding ring belonging to Miller’s wife, Marita, were not found in the rubble. The home sat on six wooded acres, with a gazebo, basketball court, and tennis court nearby. The house had six bedrooms, a library, walnut parquet floors, and a garden room with a 30-foot ceiling.

In 2011, Reggie purchased a Malibu home for $5.3 million from former New York Yankees power hitter Danny Tartabull and his wife, Kellie. On nearly 1.3 acres, the three-story house has seven bedrooms and nine baths in slightly more than 8,400 square feet. He also owns a $7.5 Million Mansion located in Geist Reservoir. Miller listed his same villa for sale but later removed it from the market.

Reggie is not only famous for his successful career but also known for his married life. Reggie was first married to Marita Stavrou in August 1992. The love birds had been dating for several years before tying their wedding knot.

To everyone's surprise, Miller and Marita parted away in 2001 and didn’t have children together, and their messy breakup made headlines. Stavrou is a former actress and worked in numerous films. 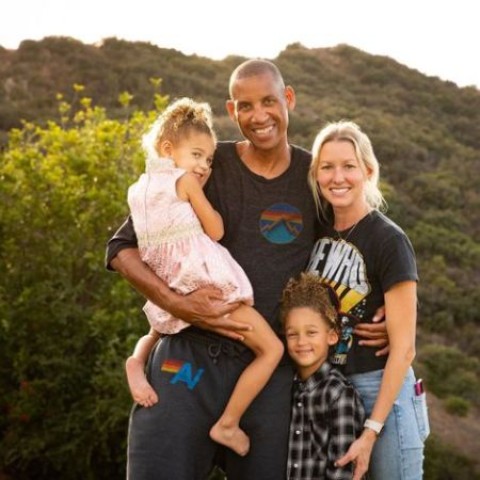 Reggie along with his wife and their children SOURCE: Pinterest

After separating from his first wife, Marita, Miller remained single and found love with Laura Laskowski. The duo opened about their relationship in the early 2010s. Reggie and Miller welcomed their first child, Ryker, on August 29, 2013.

In 2016, The love birds were blessed with their second child, a daughter, Lennox.  In January 2021, The family of four extended to five after welcoming their youngest daughter.

Reggie played basketball for his High School and then at the University of California, Los Angeles. Indiana Pacers drafted him in the first round, overall 11th pick in 1987 NBA draft. It took him some time to establish his name in the league. Miller became a household name during the 1994 Eastern Conference Finals for his phenomenal shooting performance.

Miller was part of numerous finals but could not win the NBA Championship title. He was selected in five NBA All-Star teams. Reggie announced his retirement from the games in 2005. Reggie is widely recognized as one of the greatest shooters in NBA history.  He is one of five NBA players who spent an entire career of 18 or more seasons with a single franchise.

After retiring from NBA, Reggie started working as an analyst for TNT along with Charles Barkley. Indiana Pacers retired their Jersey No. 31 for Reggie. He was inducted into the Basketball Hall of Fame as a player.